Effortlessly efficient on the ball and mature beyond his years positionally, Liverpool’s Tyler Morton did not put a foot wrong on his Champions League bow – and the 19-year-old could now look forward to a starting San Siro spot

A beaming smile, a manager’s loving embrace and a sense of disbelief at full-time told all you needed to know about Tyler Morton’s Champions League debut.

Liverpool’s home-grown talent, who has been in the club’s ranks since the age of seven, had just been entrusted by Jurgen Klopp with 90 minutes in midfield at home to Porto, a mere four days after his first Premier League appearance.

The Reds boss strode up to the 19-year-old and tucked his head under his armpit, in a manner seen just about every week at Anfield. To Morton, quite rightly, it will have felt firmly like a job well done – the teenager can go to bed tonight merry after a controlled, mature display on the biggest night of his life. 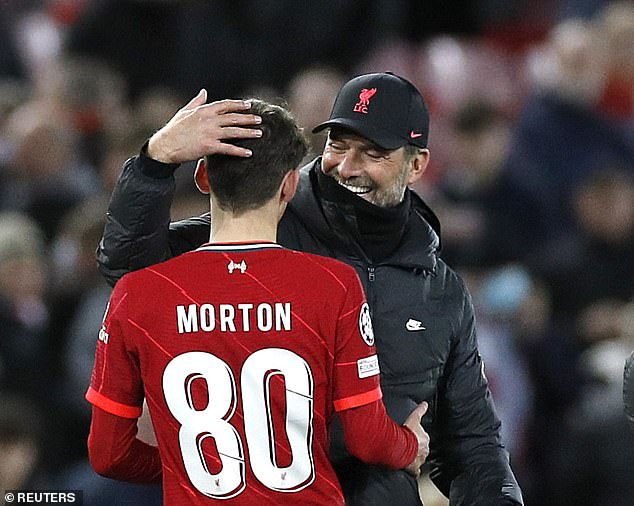 Morton, who was a stalwart in the Under-18s side which reached the FA Youth Cup final last season, was undoubtedly the name which stood out in a Liverpool starting XI still littered with star names on Wednesday night.

No space for sentiment here, despite top-spot in Group B being sealed. Stand-in skipper Alisson, Mohamed Salah and Sadio Mane were all amongst the starters.

Try telling Morton it was an unimportant, meaningless game. From the off he looked assured and undaunted by the responsibility laid upon him in the pivot No 6 role.

Allowing Thiago and Alex Oxlade-Chamberlain to roam free further forward, Morton consistently took the ball effortlessly off the back four, on his back foot, before shuffling play efficiently onwards ahead of him. 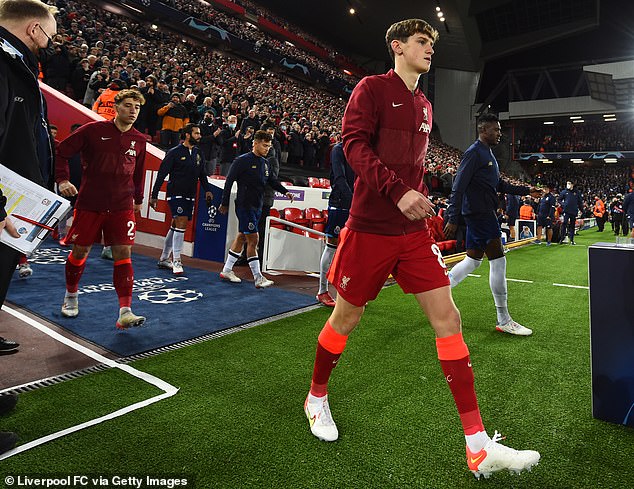 Morton, who has been with Liverpool since the age of seven, strides out ahead of kick-off 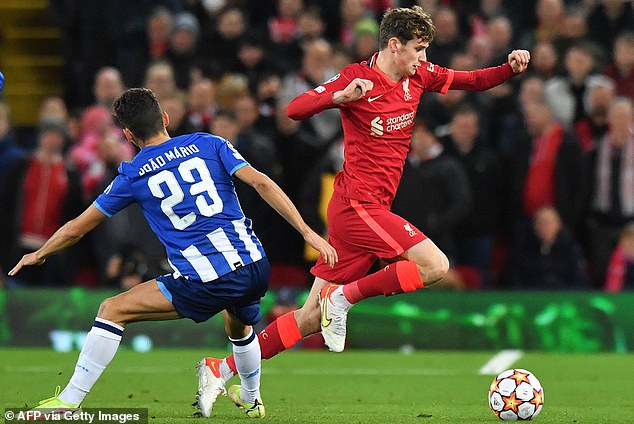 Nothing eye-catching, no sparks of unneeded skill. The simplicity to which he kept the hosts flowing – a one-two here, a timely interception there – showed a player in tune with what he could offer and deliver in the centre of the park.

Positionally, he was first rate and mature beyond his years also. In particular, a Porto attack late in the first-half was stifled by the teenager when he cut out Mehdi Taremi’s pass across the box, with Porto players onrushing to finish.

If anything, Morton looked increasingly solid as the match progressed, accepting duels against Porto’s star players Luis Díaz and Evanilson and more often than not coming out on top. 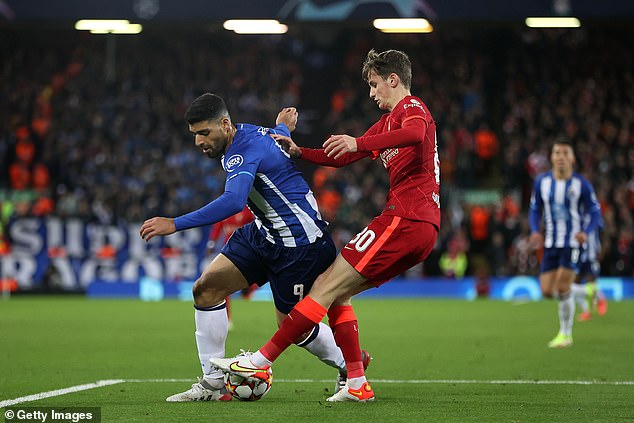 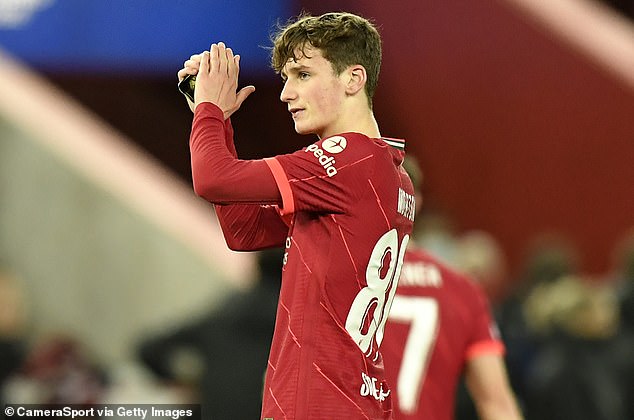 But perhaps the highest compliment that can be paid to Morton – who turned down an offer from Everton in his junior years too – was that while Klopp used all five of his allotted substitutes, not one was reserved for Morton.

By the end, with the visitors consigned to their fate, a seemingly tireless Morton could allow some minutes to take it all in. These days don’t come round again.

An accomplished full debut for the 19-year-old, who may well now have his sights set on an appearance in the cauldron of the San Siro against AC Milan next month.

On tonight’s evidence, there seems no reason why Klopp wouldn’t thrust the all-action midfielder back into the starting XI in two weeks time.