Robbie Fowler and Rio Ferdinand ripped into Trent Alexander-Arnold for lacking ‘desire’ as Liverpool slumped to a 4-1 defeat away at Napoli in the Champions League.

Jurgen Klopp’s men were outclassed in Italy on Wednesday night, falling apart defensively in a first half which saw the hosts storm into a three-goal lead.

They made it 4-0 shortly after the interval, before Luis Diaz pulled back what merely proved a consolation on a hugely disappointing night for the Reds.

Klopp will have great concerns about his team’s defensive frailty, with the likes of Joe Gomez and Virgil van Dijk run ragged at times by Luciano Spalletti’s side. 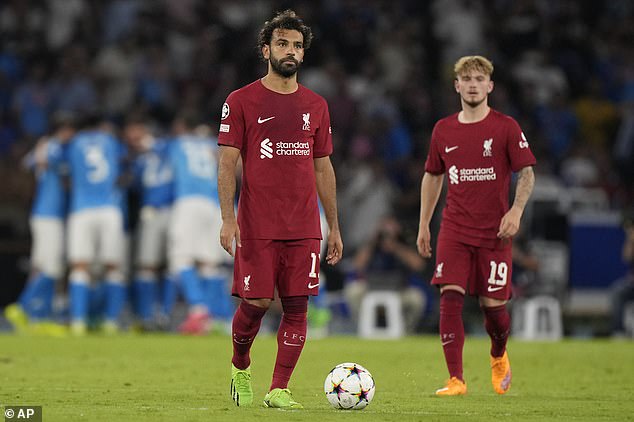 However, it was Alexander-Arnold who came in for most criticism in the BT Sport studio, having frustrated both Fowler and Ferdinand with a perceived lack of effort on the night.

‘What I would say is you can’t question the desire of this team over the last few years, but you can tonight,’ Liverpool legend Fowler said after the game.

‘We know how good Napoli are and they’ve been brilliant, but Liverpool have been so poor. 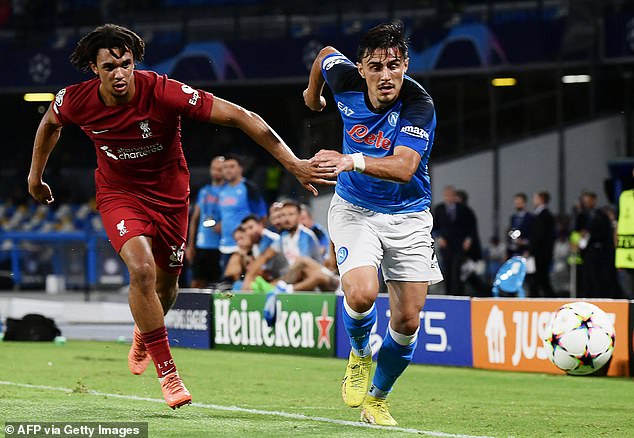 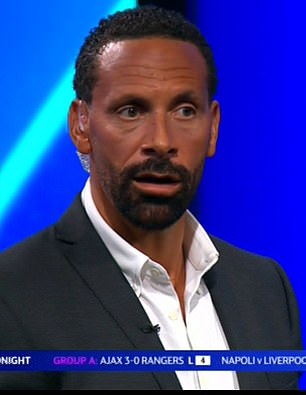 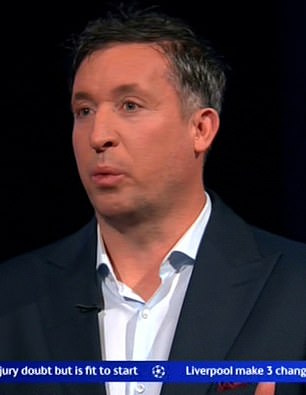 ‘Joe Gomez will get all the stick [for his first-half performance] but look at the lack of desire from Trent.

‘You can’t call out him going forward but defensively we can pick him apart because he doesn’t show the same desire to get back than he does to get forward and that’s wrong.

Ferdinand agreed with his co-pundit, questioning why Alexander-Arnold failed to track back and help Liverpool defensively in Naples.

‘It was an embarrassing first 45 minutes for Liverpool, particularly defensively,’ the former Manchester United defender said. 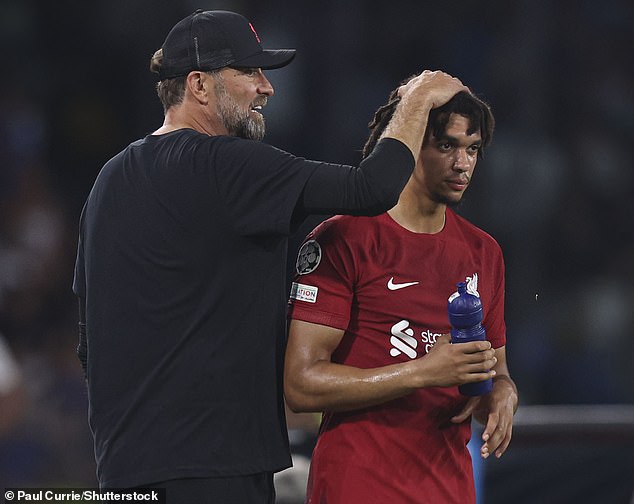 ‘What you can’t accept as a manager or as a player is a lack of effort and desire. When people don’t run or don’t have the desire to get back.

‘Gomez makes the mistake but you’ve got to get back and help your team-mates and Trent didn’t do that.

‘Liverpool got teased, they got embarrassed, they got shown up. This result has been coming too. They were lacklustre and lacked grit, determination and desire.’