Trent Alexander-Arnold has not flown out with the Liverpool squad for their Champions League tie against FC Porto.

Jurgen Klopp’s side have touched down in Portugal as they look to build on their thrilling 3-2 victory over AC Milan in their opening group stage match.

Pictures have been released of the side arriving at their hotel but there was a notable absentee in the Liverpool right-back. 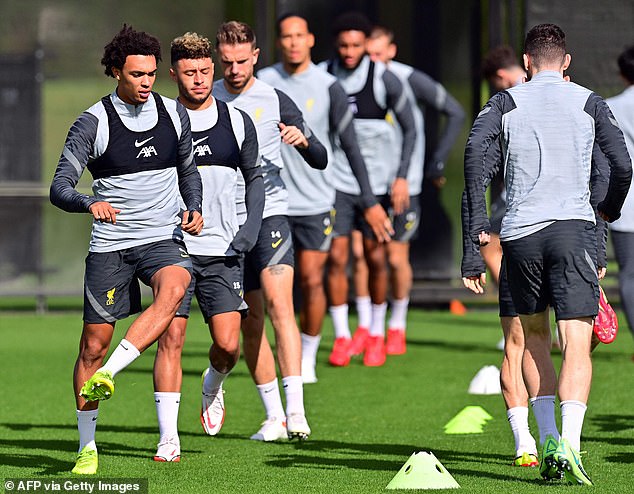 The England international had taken part in open training on Monday but was not part of the travelling party that was pictured getting off the team coach at their hotel in the evening.

His absence also raises a doubt whether he will be available for their showdown with title rivals Manchester City on Sunday.

Alexander-Arnold famously pulled out of England’s Euro 2020 squad after suffering a thigh injury against Austria during a pre-tournament friendly. 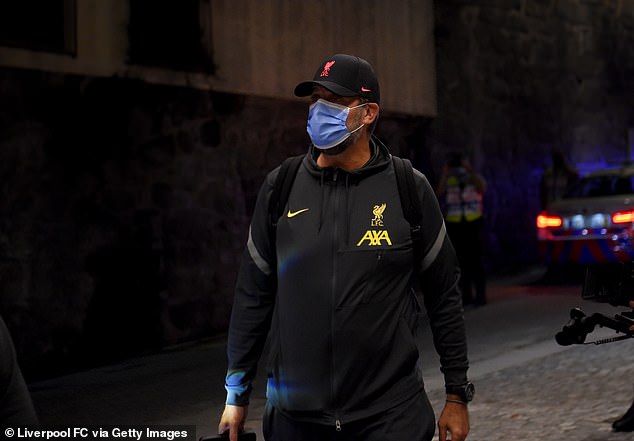 He did recover in time though for the new season, and he has made six appearances in all competitions providing three assists.

One player who could potentially play in his absence is the versatile James Milner.

The veteran played at right-back during Liverpool’s 3-0 victory over Crystal Palace on September 18, when Alexander-Arnold pulled out with an illness.

Wales international Neco Williams was part of the travelling party after the right-back missed the past month through injury. 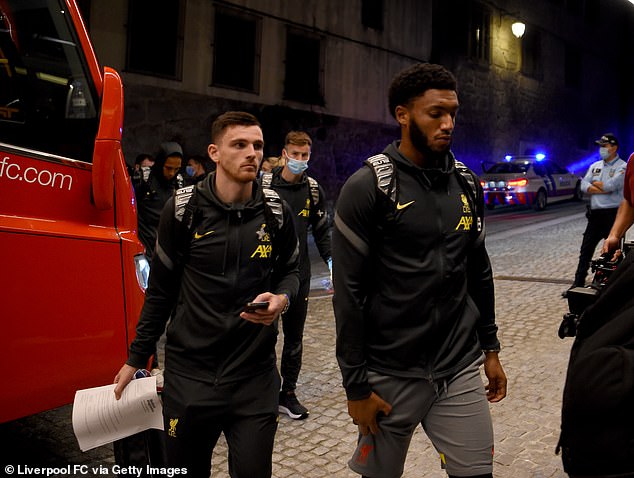 Joe Gomez is another potential option that Jurgen Klopp could opt to choose.

Alexander-Arnold’s absence comes despite the Liverpool manager earlier stating that only two players would be unavailable.

During his press conference he said: ‘A big one, a big squad will travel. We have 23 players with us.

‘Apart from the longer-term injuries, I think they are all in. So, no Thiago, no Harvey, the rest are available… no new concerns in the moment. Hopefully it stays like this.’

Should Alexander-Arnold miss the game it would suggest that he picked up some sort of issue during Liverpool’s training session on Monday.