Back in business! Liverpool players report for their first day of pre-season training as boss Jurgen Klopp puts his returning stars through gruelling fitness tests… and Luis Diaz reveals his new blonde look

A host of Liverpool players returned for pre-season training on Monday as Jurgen Klopp’s side begin to step up preparations for the new Premier League season.

Liverpool captain Jordan Henderson was accompanied by some of the club’s star players including Luis Diaz, Fabio Carvalho, Harvey Elliot and Alex Oxlade-Chamberlain.

Those players who represented their respective countries in post-season matches, including Mo Salah who recently signed a new long-term contract with the club, will return from extended breaks on July 9. 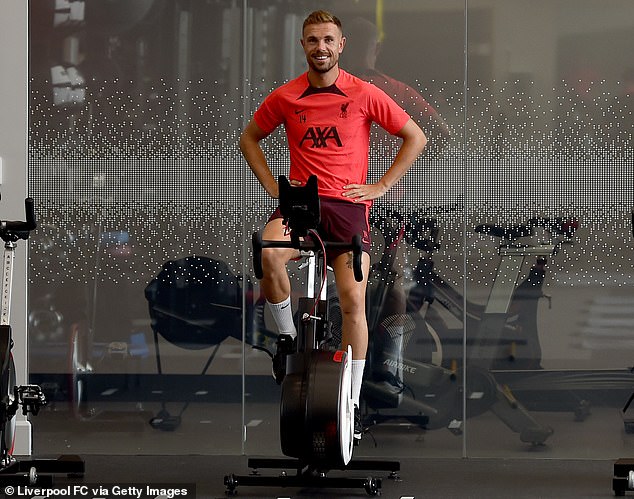 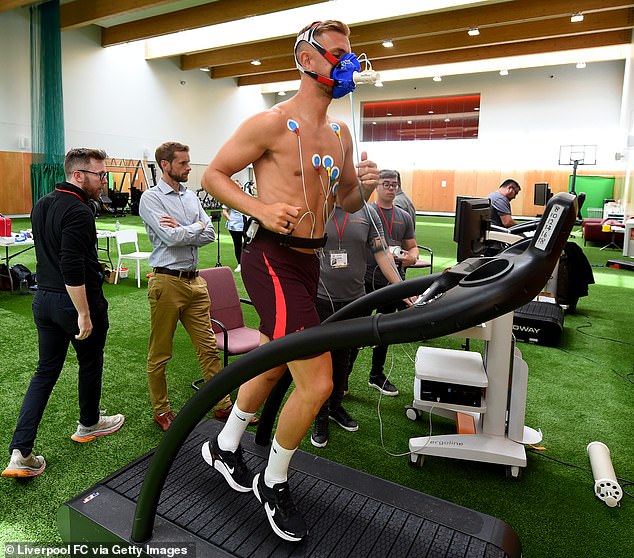 It was smiles all round for players returning for club duties after previously parting ways for the summer following Liverpool’s agonising Champions League final defeat against Real Madrid.

Individual fitness tests were performed at Liverpool’s AXA Training Complex with the Carabao Cup and FA Cup champions required to undergo observation on the treadmill and in the gym.

Henderson was put through his paces as the 32-year-old was pictured running with a breathing apparatus while members of Klopp’s medical team eagerly monitored his performance.

The England midfielder is one of a number of Liverpool players hoping to start the new season brightly with places in World Cup squads on the line ahead of the Qatar World Cup starting in November. 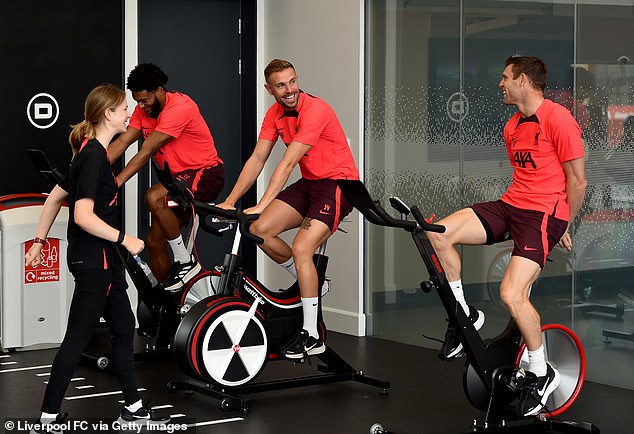 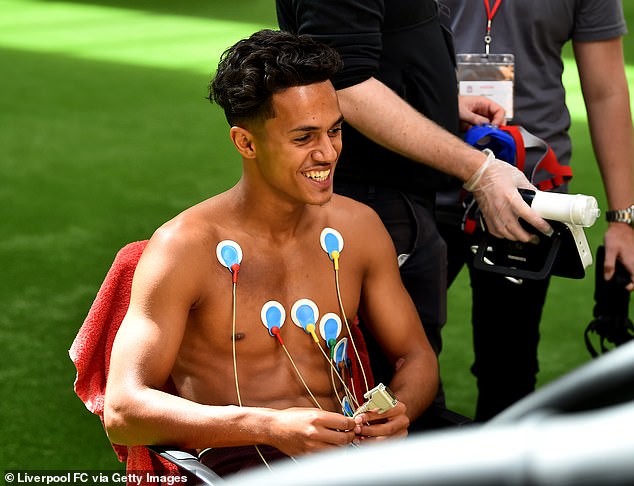 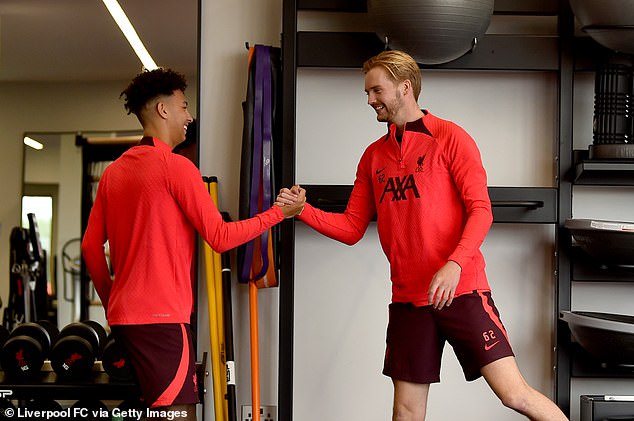 The Liverpool and England international was also joined by fellow Brits Joe Gomez and James Milner as the trio were spotted sharing a laugh on indoor bike trainers.

New summer signing Carvalho reported for his first day as a Liverpool player after joining from newly-promoted Fulham this summer.

The Portuguese attacker was introduced to some of his new teammates and underwent a series of tests during the fitness-focused training session.

Carvalho will challenge Thiago, Naby Keita, Curtis Jones, Fabinho, Elliott and Henderson for a regular place in Liverpool’s midfield next season after scoring 10 goals and registering eight assists in the Championship last season. 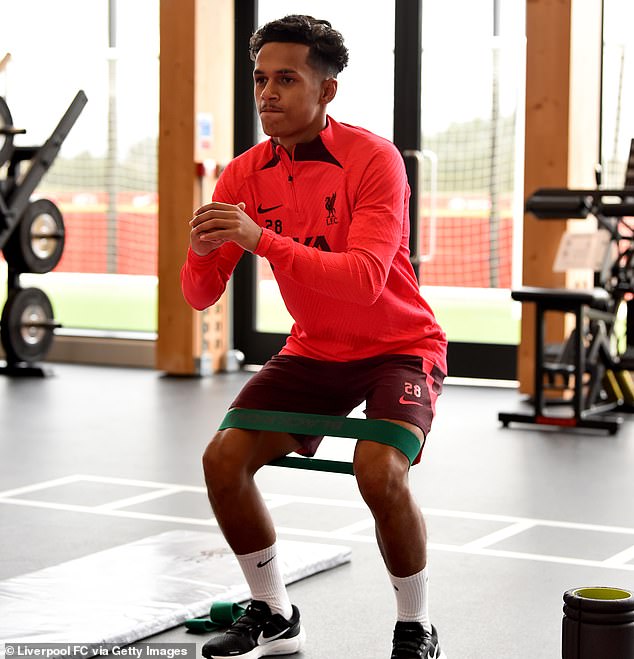 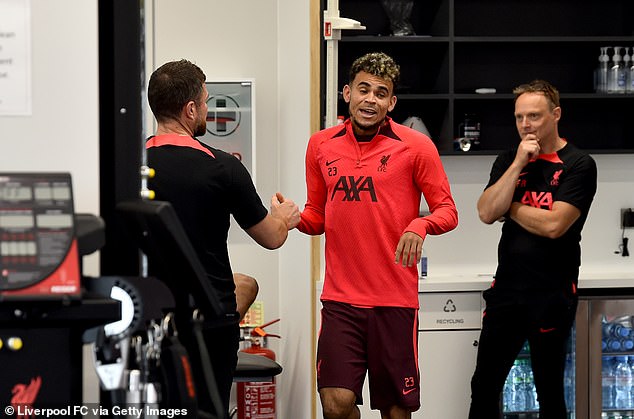 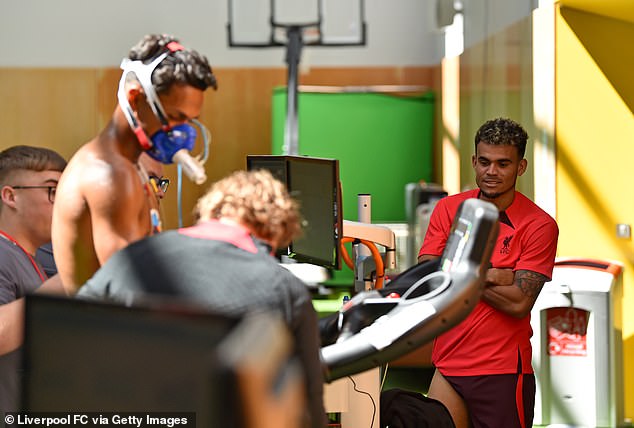 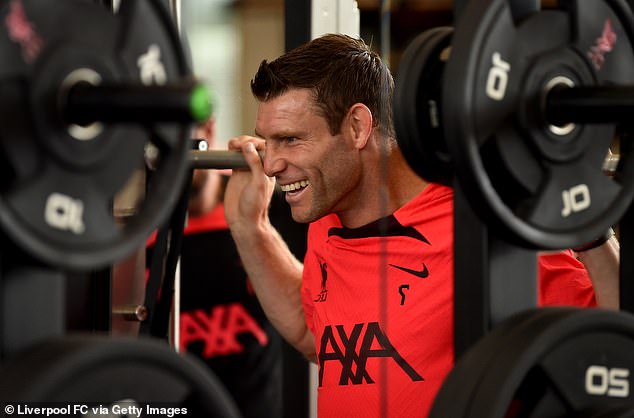 Diaz became an instant fan favourite after joining in the January transfer window, taking little time to adjust to the demands of Premier League football and scoring six goals in 21 appearances.

Veteran James Milner tweeted he was ‘back with the boys for number 21’ as he sets his sights on helping the club win a second Premier League trophy after missing out against Manchester City on the final day of last season.

The 36-year-old signed a new one-year deal at Liverpool, with next season expected to be his last at the Merseyside club. 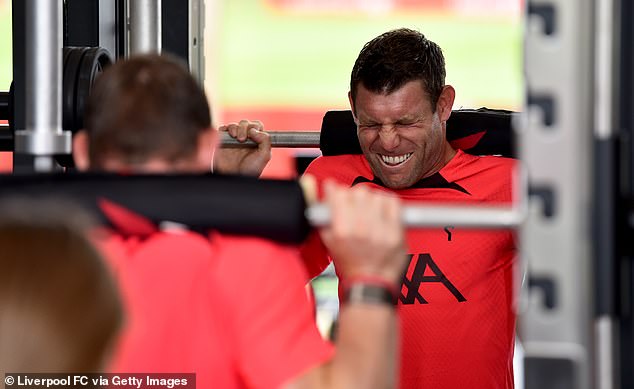 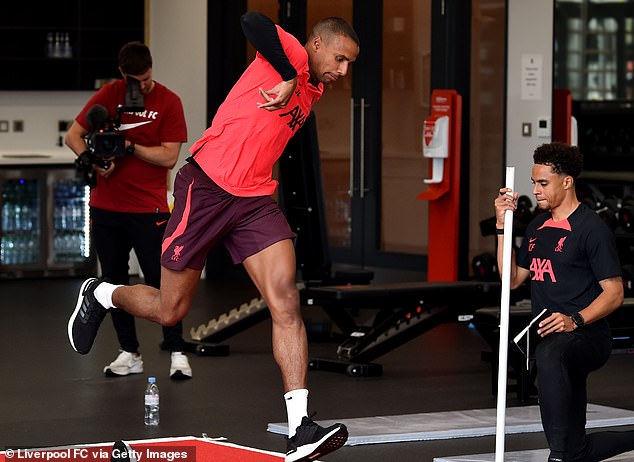 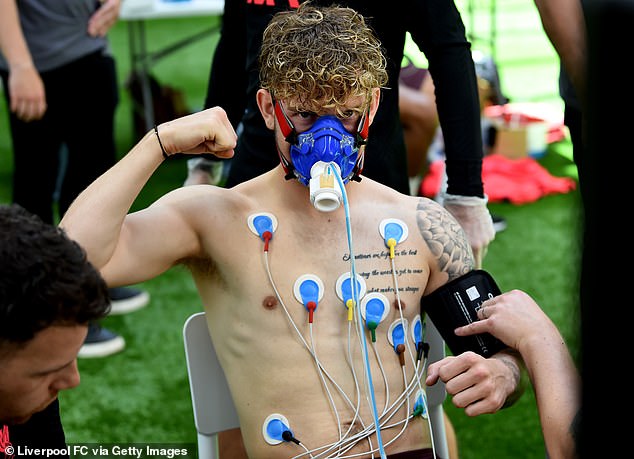 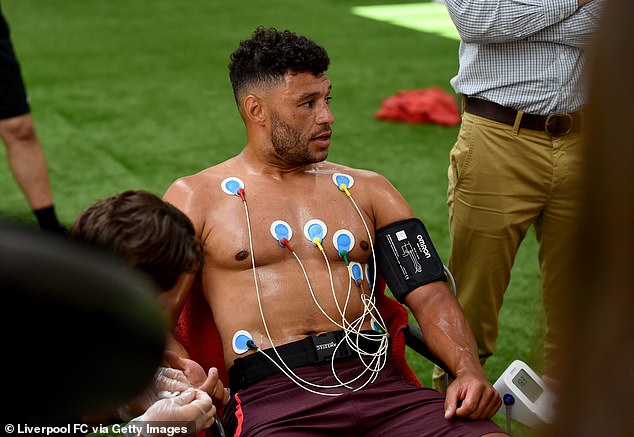 Milner was clearly enjoying himself lifting weights and joking with his teammates as he underwent an intense return to club duties.

Elliott will be aiming to kick-start his career as a member of Liverpool’s first-team squad after being hampered by injuries including dislocating his ankle in a Premier League match against Leeds.

Matip was shown running through the indoor facility with the centre-back aiming for another disciplined season alongside Virgil van Dijk at the heart of Liverpool’s defence.