Liverpool will be without Thiago Alcantara for the next week after the Spain midfielder picked up a calf injury against Crystal Palace on Saturday.

Alcantara was forced off in the second half of the 3-0 win at Anfield with the injury and Liverpool said he is to undergo a scan to determine the full extent of the problem.

But they already confirmed he will miss Tuesday’s trip to Norwich in the Carabao Cup and Saturday’s Premier League game away to Brentford. 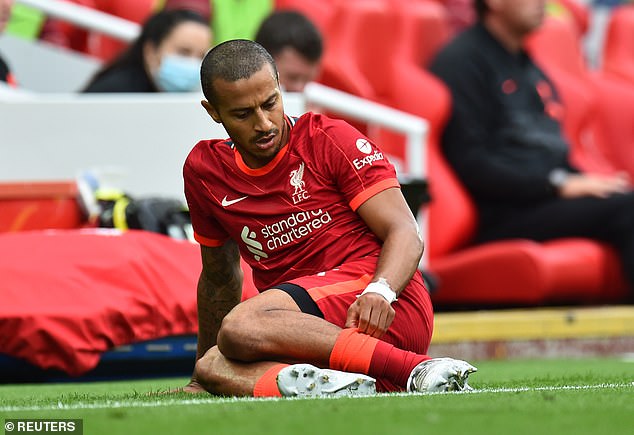 “Thiago, how the gaffer said after the game, it was a calf injury. I can’t say now how long it will take but definitely not tomorrow and not at the weekend,” Liverppol assistant coach Pepijn Lijnders told the club’s official website.

“Let’s get the scan results back and we have a proper diagnosis. A shame as well because he was taking the game by the hand, he was a proper playmaker in my opinion. A shame that we miss him.

“In one week we lose two really influential midfielders, that’s the bad thing.”

The club also confirmed that Trent Alexander-Arnold will also miss the trip to Norwich after missing the win over Palace due to illness. 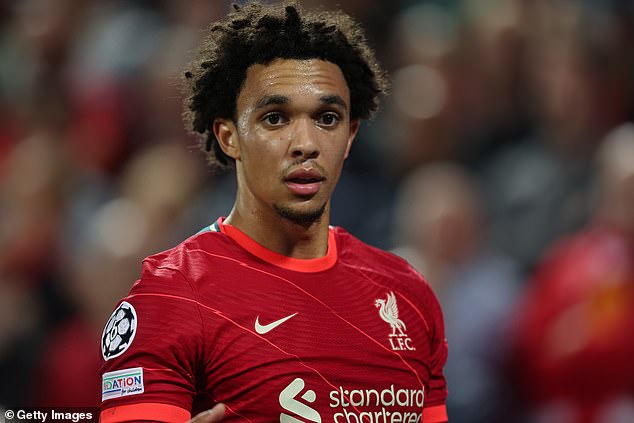 Meanwhile, Roberto Firmino is set to start training again this week after missing the last three matches with a hamstring problem but he will also miss the game at Norwich, as will Neco Williams.

Lijnders confirmed that Alexander Arnold’s illness was not Covid and praised James Milner for his performance at rightback against Palace.

“Let’s start with Trent. Our game basically started at 12 o’clock against Palace; he took responsibility to speak with the doctor,” added Lijnders.

“It was not easy because these guys – it says a lot about our group anyway – they want to play everything, [even] if they feel a bit shaky or ill. But he took the responsibility. 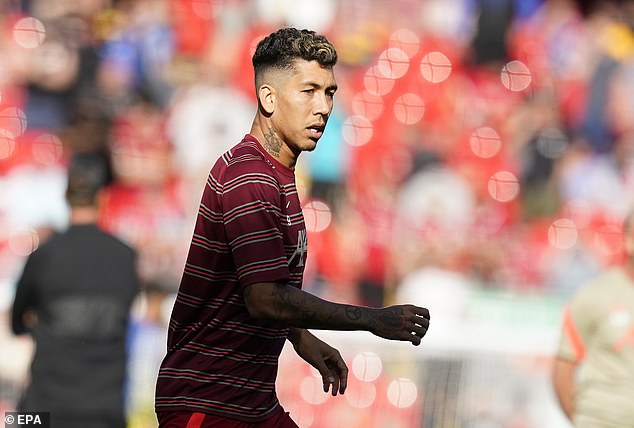 “With speaking about Trent, I have to speak about Millie immediately – it started with a James Milner lecture and it ended up he dominated the complete right flank. We wanted to solve the situation with Trent with experience but we got much more.

“So, really proud and really happy that we have these players who can fill in, in each moment in time, and do the things he did.

“That’s Trent, there are no symptoms – no COVID symptoms. We test regardless. He should be fine in a few days but Norwich comes too early.”

Lijnders revealed that Irish goalkeeper Caoimhin Kelleher is set to start against Norwich, with Alisson Becker due a rest as Jurgen Klopp looks to rotate his side.