EXPRESS INFORMER > Sports > Liverpool: Jordan Henderson left fuming as the shirt he gives to supporter is stolen by another fan

Liverpool captain Jordan Henderson was left furious after his side’s 3-1 victory over Crystal Palace on Sunday as a fan stole the shirt he intended for another supporter.

Jurgen Klopp’s side secured all three vital points as Virgil van Dijk, Alex Oxlade-Chamberlain and Fabinho all netted to slightly narrow the gap between them and league leaders Manchester City.

The travelling fans were left delighted with the victory and the skipper showed his appreciation for their support by giving his match day shirt to a supporter.

But Henderson was left fuming after it did not reach its intended target.

Footage emerged of the midfielder going over to the away support to hand his match-worn shirt to a woman in the front row, only for it to be snatched by another fan.

A man with a child on his shoulders is seen reaching over to snatch the shirt from in front of the woman after Henderson threw it over. 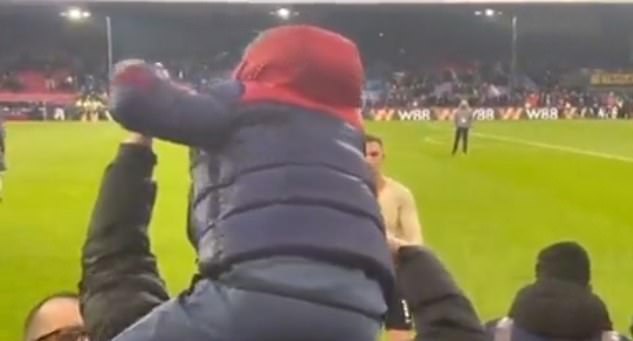 As the man turned away to get away the young Reds supporter fell off the top of his shoulder.

Henderson could then be seen gesturing to the woman that he would bring another shirt over to her.

The title race had looked over but Liverpool are now just nine points behind runaway leaders Man City after Pep Guardiola’s side dropped points in a 1-1 draw with Southampton. 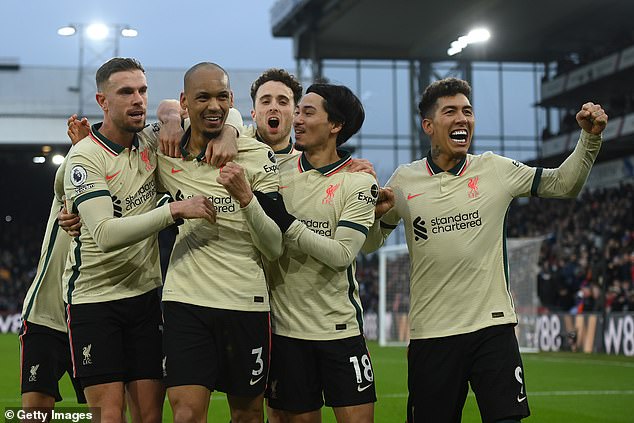