Liverpool fans are celebrating wildly this evening after their team ended a 30-year wait to win the Premier League title.

The Reds, who had to endure a three-month wait for glory amid the coronavirus pandemic, were crowned champions tonight after Manchester City failed to beat Chelsea.

This means that Liverpool’s lead at the top of the table is insurmountable, giving them their first title since 1990 and ending 30 years of hurt and near-misses after multiple second place finishes.

And despite social distancing measures being in place across the city, fans were still able to mark their side’s moment of glory tonight.

Scores of fans gathered outside Anfield to celebrate while others stuck to their homes, dressed in their Liverpool kits and finding themselves in the strange position of cheering on their usual rivals Chelsea.

Reds supporters honked their horns and fireworks were set off as Chelsea beat Manchester City 2-1, with more than 200 fans partying outside the main stand trying to social distance in their excitement.

Many wore masks as they waved flags and scarves celebrating the first Premier League triumph.

A few hugged and others set off champagne as they chanted: ‘We’ve gone and won the league. Others chanted: ‘Liverpool, Liverpool’ as one fan wearing a face mask set off a red flare.

And the players also rejoiced, singing ‘championes’ for a full 10 minutes after the whistle had blown at Stamford Bridge. 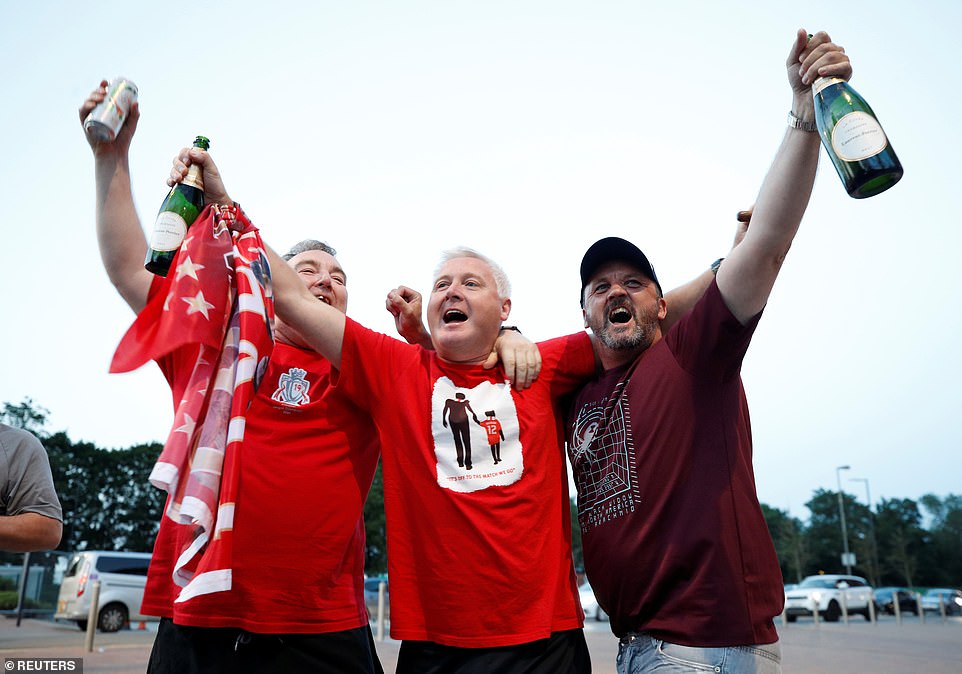 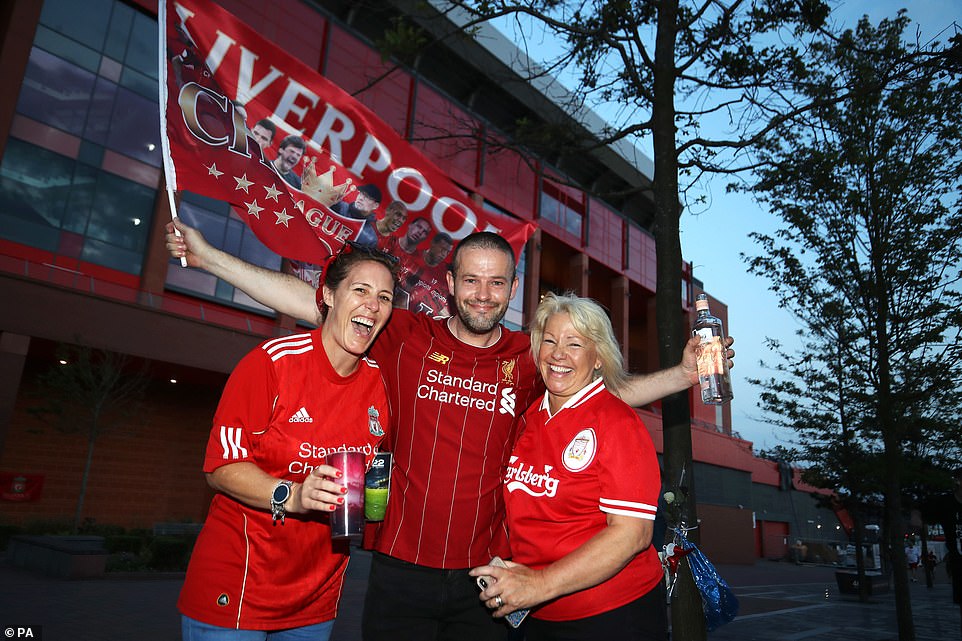 There were fears that the coronavirus pandemic could cause the season to be cancelled, though football was eventually allowed to resume 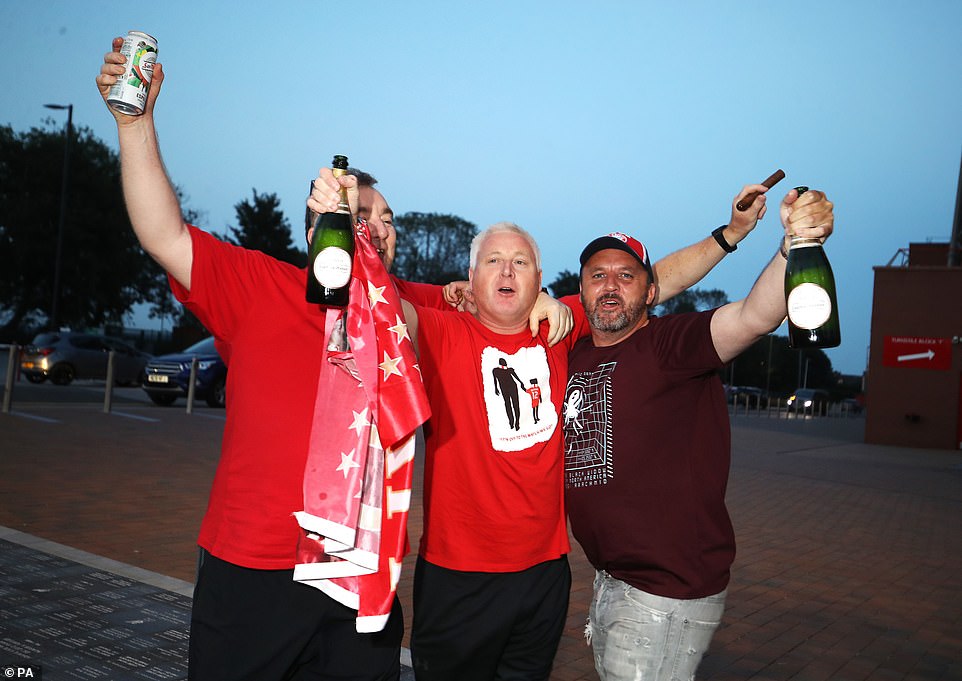 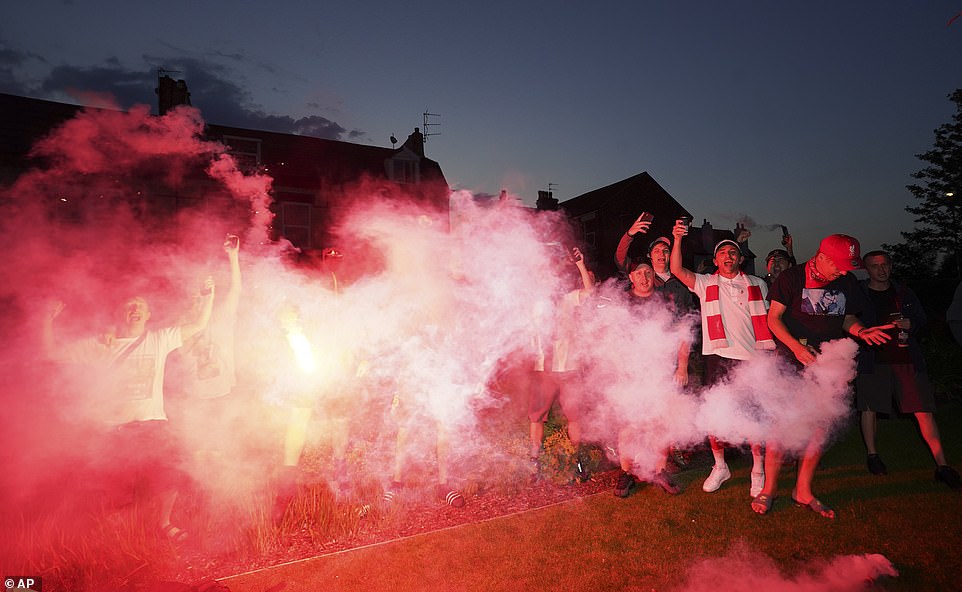 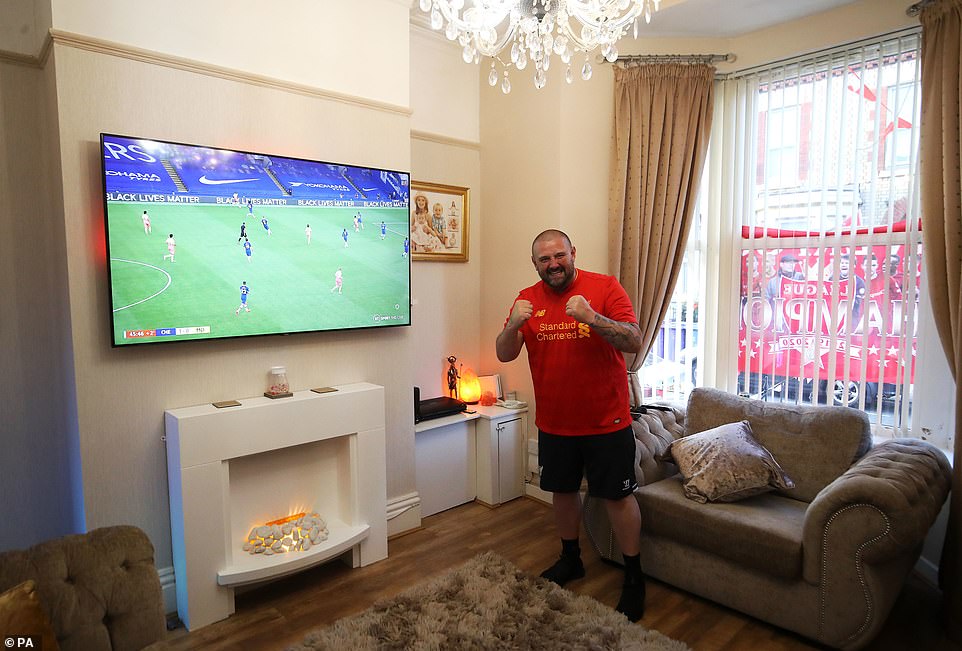 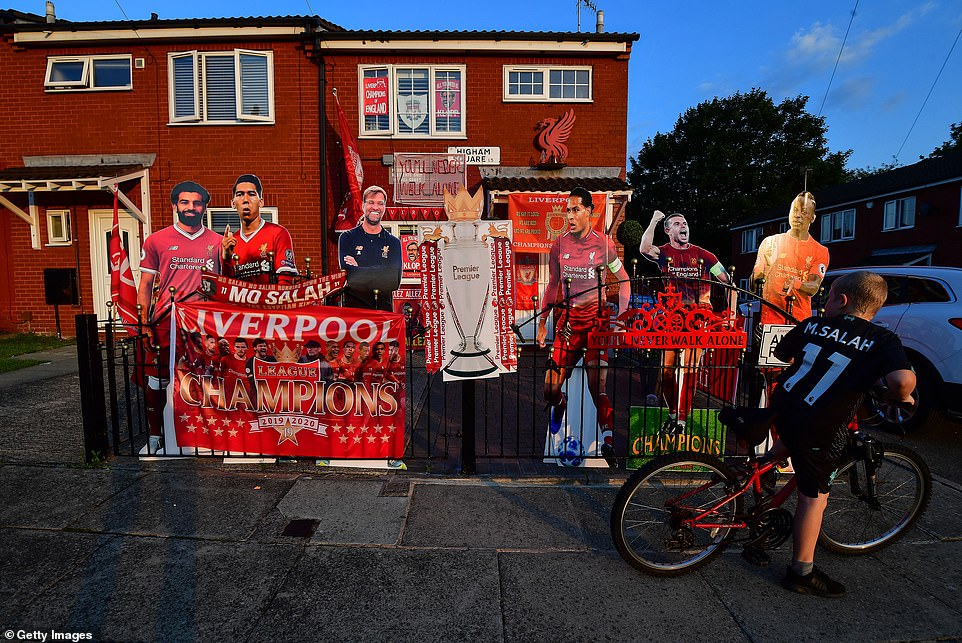 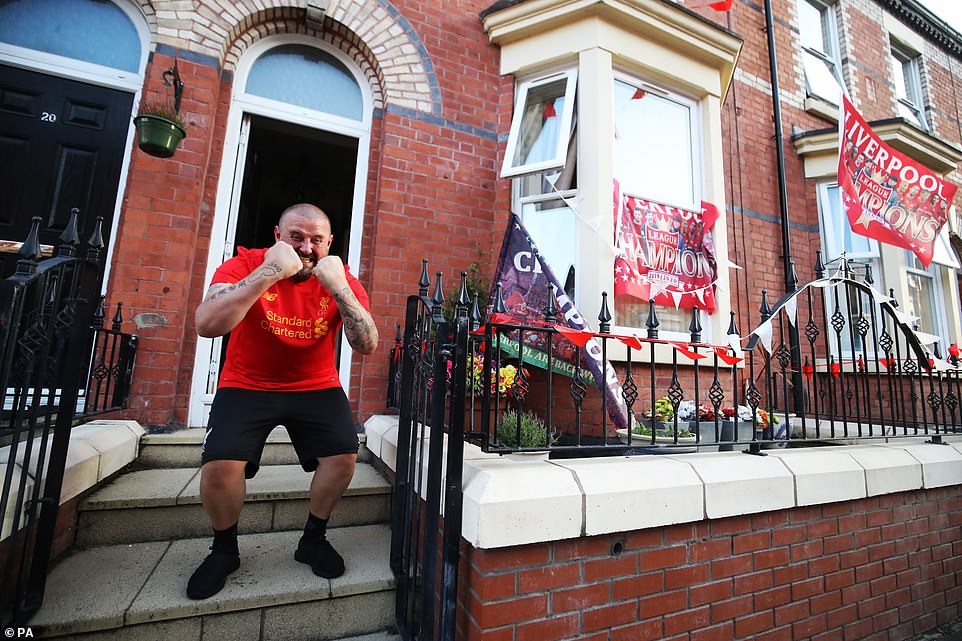 Kyle Williams celebrates during Manchester City’s defeat, which means that Liverpool have now been crowned champions for the first time since 1990 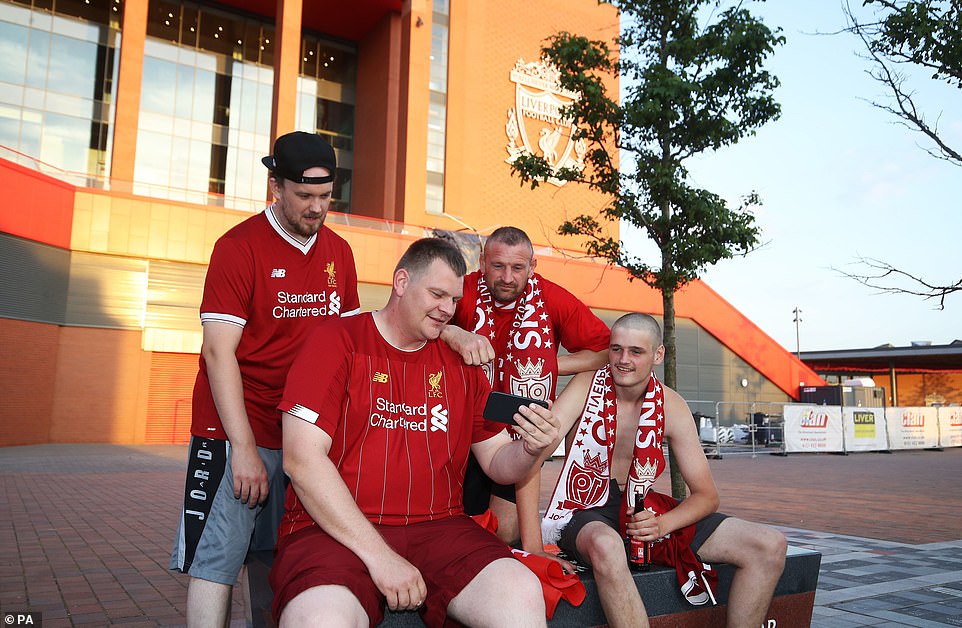 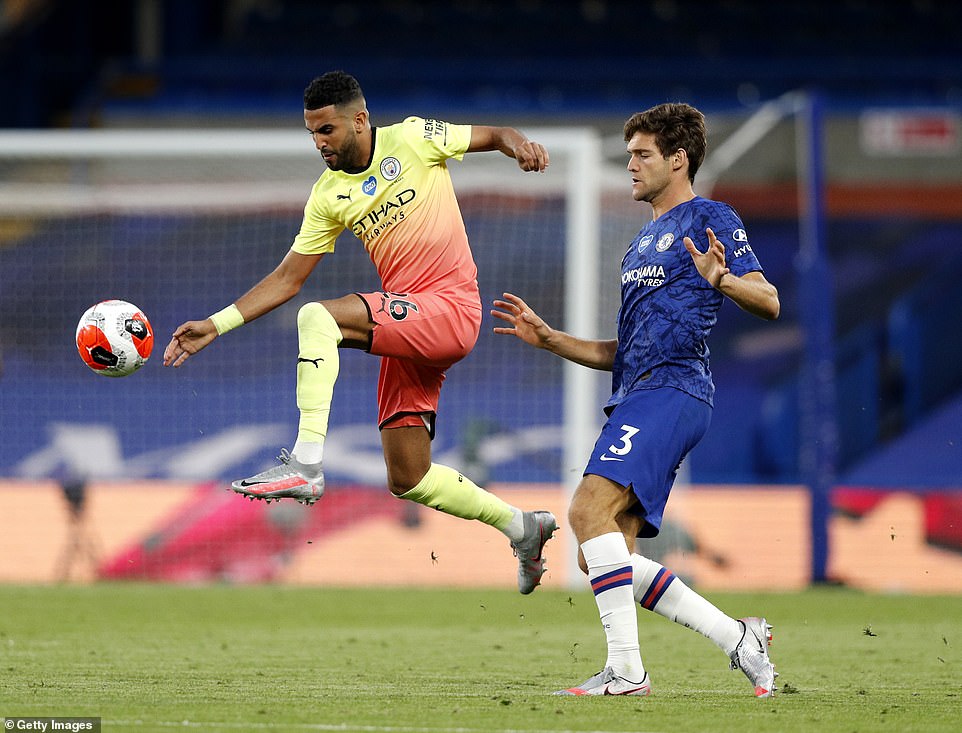 Manchester City needed to beat Chelsea this evening to ensure that the title wouldn’t go to Merseyside tonight. They failed to do so 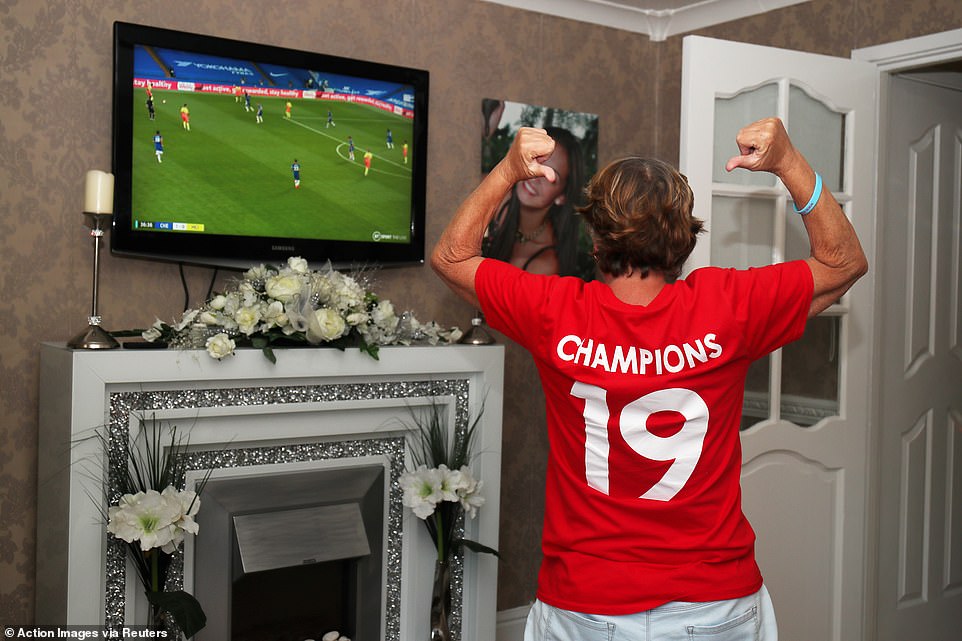 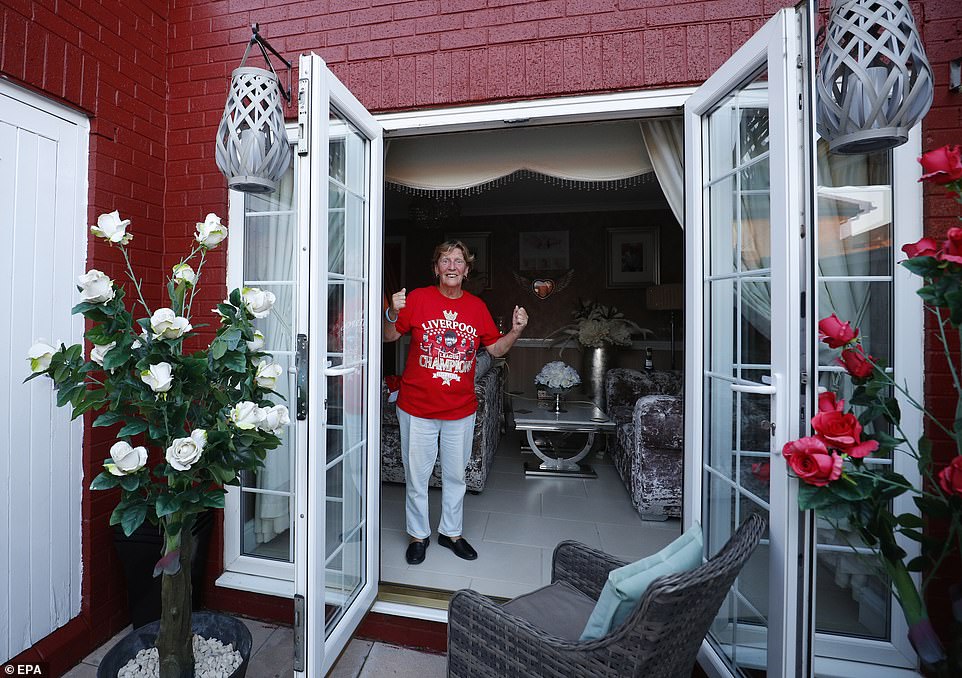 Scores of fans gathered outside Anfield to celebrate while others stuck to their homes, dressed in their Liverpool kits 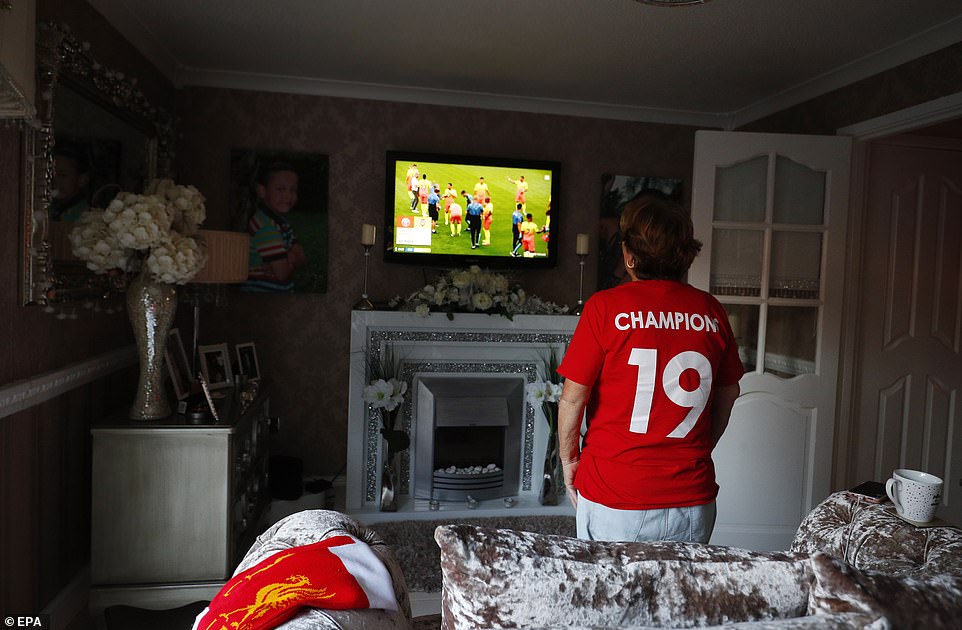 Tonight’s result leaves Jurgen Klopp’s men 23 points ahead of Pep Guardiola’s side with just 21 left to play for.

It is confirmation of what has been apparent for a long time, given Liverpool’s dominance during the campaign, of which there was further evidence on Wednesday evening when they thrashed Crystal Palace 4-0.

Liverpool, who narrowly missed out on the title to Manchester City last season, have been in stellar form all seasons, losing just one match on their path to glory.

Though the title had been destined to head to Merseyside because of Liverpool’s huge lead, there were fears the coronavirus pandemic would cause the season to be cancelled, potentially breaking the hearts of fans.

But the government allowed the Premier League to restart, paving the way to tonight’s crowning.