‘Is your job not to have an opinion? I’m not your puppy!’: Liverpool boss Jurgen Klopp loses his temper with a reporter over questions on the ‘difficult to take’ referee’s calls in their 3-2 loss at West Ham

Jurgen Klopp was involved in a heated exchange with a BBC reporter after watching Liverpool lose at West Ham on Sunday, insisting ‘I am not your puppy’ when quizzed about a series of refereeing decisions.

Liverpool’s 25-match unbeaten run across all competitions came to a miserable end at the London Stadium thanks to a 3-2 loss that included a number of goalkeeping errors by Alisson.

An own goal from the Brazilian and efforts from Pablo Fornals and Kurt Zouma were enough to see off the Reds, who drew level before half time thanks to Trent Alexander-Arnold’s free kick before Divock Origi scored a late consolation. 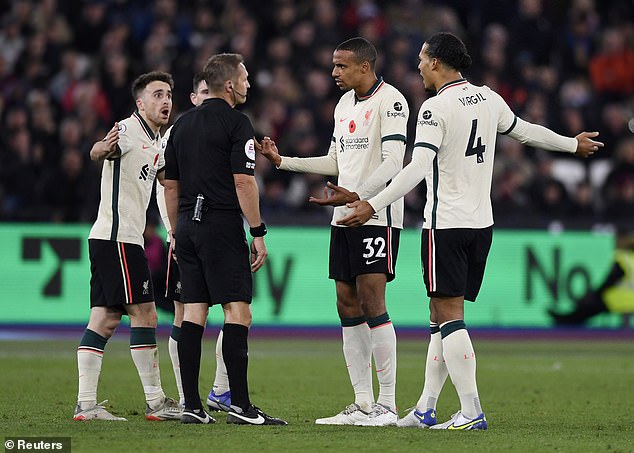 Klopp was adamant that West Ham’s first goal should not have stood as Angelo Ogbonna had impeded Alisson, and he felt Aaron Cresswell should have been red-carded for a first-half challenge over the top of the ball on Jordan Henderson.

Klopp’s frustration boiled over in a post-match interview with BBC Radio 5 Live, in which he abruptly replied to reporter Rob Nothman when asked for his opinion on some of the key decisions in the game.

The German said: ‘It (Liverpool’s unbeaten run coming to an end) is the least of my problems. That always happens. However long a run is, it will come to an end.

‘There are a couple of things that happened during the game that are difficult to take. But that’s how football is.

‘If you don’t take your chances you’re sometimes leaving things up to referee decisions.’

When asked which decisions he was particularly unhappy with, Klopp added: ‘It’s really interesting you ask that. 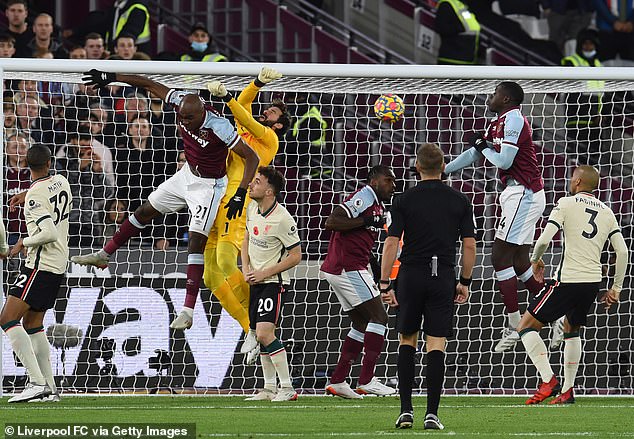 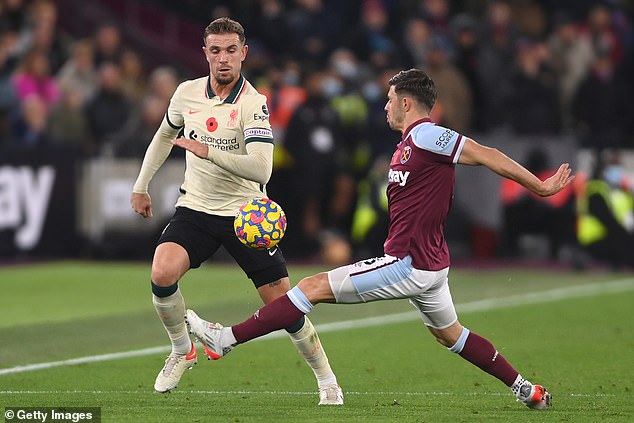 ‘I’m not sure I want to answer the question if you don’t know the situation I’m talking about.

‘Do you not think that was the case [Alisson was fouled for the first goal]? Is your job not to have an opinion? Okay that’s nice.

‘I saw it back. Alisson wants to go to the ball and I think Ogbonna hits Alisson’s arm which is what deflects the ball into the goal.

‘There are countries where they would say that’s a foul and I think the goalkeeper must get some help, otherwise in these situations players will run into the goalkeeper because he has to make sure he gets the ball. But he has no chance because if he pushes them away then it’s a penalty.

‘There was another situation with Aaron Cresswell on Jordan Henderson that could have been a different decision as well.’

When asked by the reporter whether he thought West Ham’s left back deserved a red card, Klopp snarled: ‘My god. I’m not your puppy. Hopefully, you have an opinion yourself. All good.’

It followed another post-match rant by Klopp in which he laid the blame for his side’s first loss of the season squarely at the door of Pawson. 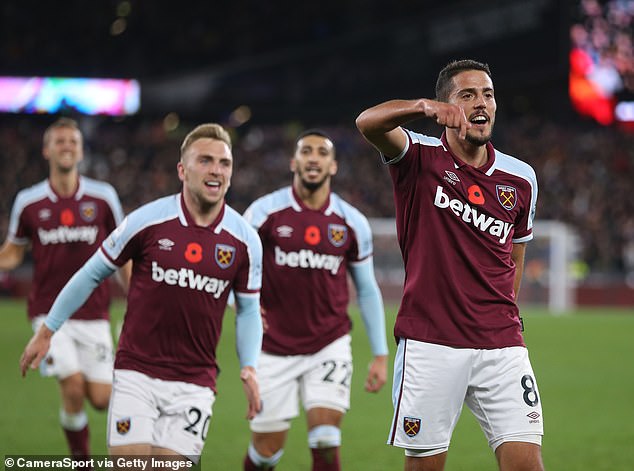 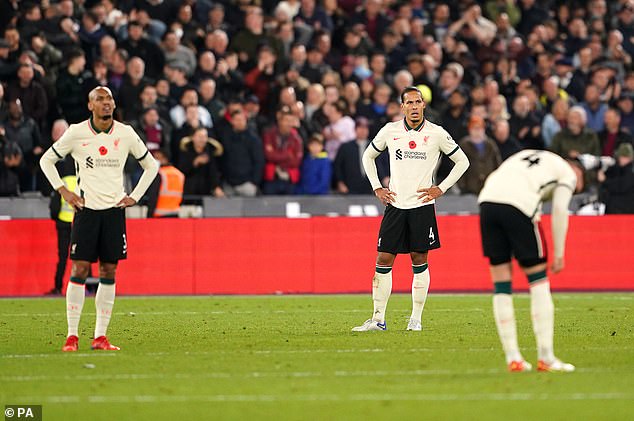 ‘I think it’s a clear foul on Alisson, the arm from Ogbonna is here. The referee made it easy for himself and said “that’s see what the VAR is saying”.

‘They said not clear and obvious – I don’t know why – which is really strange. It’s not man marking, it’s blocking the goalkeeper.

‘People will say I’m looking for excuses, I’m not. I accept we’re not too good to lose football games. Today we lost it, that’s not nice but I accept it.

‘But when we speak about situations in a game you just need normal decisions from a referee. He didn’t do that.

‘The way I saw it (the Cresswell tackle on Henderson), it was a clear red card. No discussion possible. You cannot go like this into a challenge.

‘But we cannot make these decisions obviously and I didn’t know what the ref would say now, but in the game he looked confident his decisions were correct. It’s all about the ref.’

When asked if referees were becoming too reliant on VAR, Klopp answered: ‘Not all refs, but he [Pawson] does. It’s just the situation, he did that today definitely.’