Rinna, 59, took to her Instagram Stories to describe what exactly was inside the two manila envelopes she brought to the taping which never made it to air.

Host Andy Cohen, 54, was also forced to address the envelope situation on his show after getting called out over the matter on Twitter.

Rinna addressed the situation on her Instagram Stories, where she posted a screen grab of herself with the envelopes at the reunion.

‘I had 2 envelopes. Not one. And they were filled with receipts,’ she wrote in a photo of her with her envelopes.

In a subsequent video, she alleged the receipts involved the Aspen controversy, where Lisa previously said Kathy Hilton had an ‘absolute meltdown.’ Lisa claimed Kyle Richards was aware of what was going on with her mother.

‘I had two envelopes and one had receipts from two text chains when I was texting with Erika [Jayne] because she asked me where I was and what had happened to me, and Kyle was there with her so she knew exactly what was happening at the house and what had just gone down,’ Lisa continued. 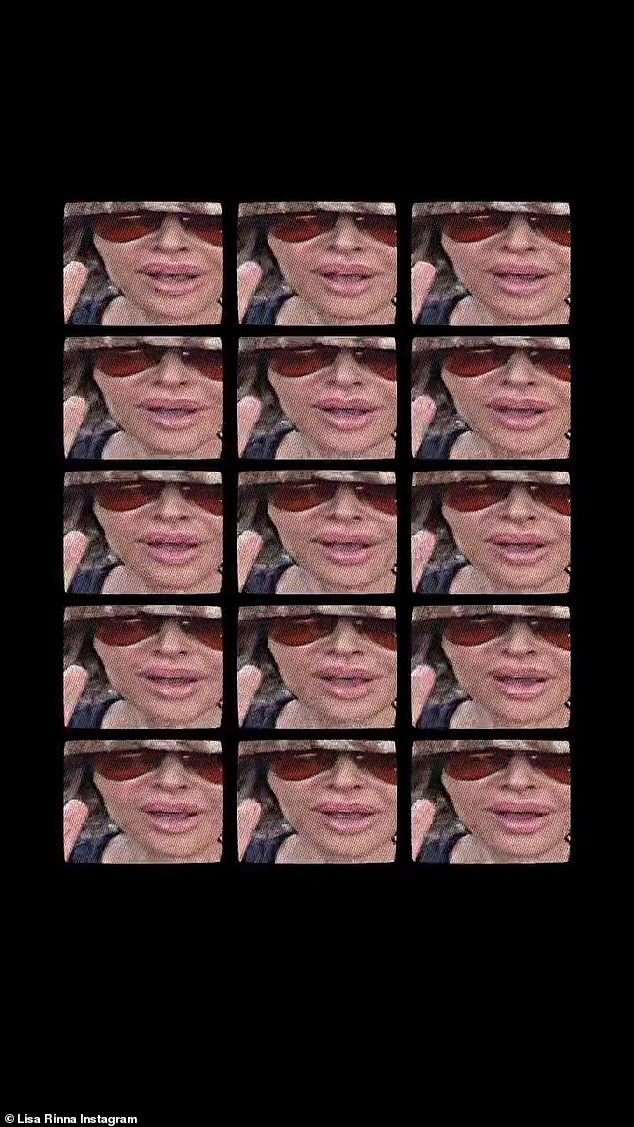 ‘Two envelopes, not one’: Rinna clarified the envelope confusion on her Instagram Stories

‘The other was a text chain with my assistant and one of my best friends. They were asleep so I couldn’t reach them, so I was telling them exactly what had just happened in that house.

‘Believe it’s eight pages long once I printed it out and trying to figure out what the f**k to do. There you have it. Two envelopes, not one. Two.’

Andy addressed the situation on his show, where he said he initially believed Rinna had just brought evidence pertaining to a feud she had gotten in with Sutton Stracke over tickets to the Elton John AIDS Foundation Academy Award Party. 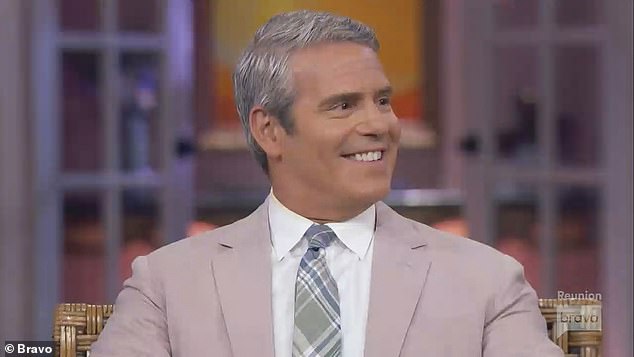 Speaking up: Andy addressed the situation on his show, where he said he initially believed Rinna had just brought evidence pertaining to a feud she had gotten in with Sutton Stracke

It was only later that he learned she had also brought proof relating to the Aspen feud.

While they did go through the Academy Award party receipts during the taping, Andy said that segment was ultimately cut out.

But then Andy ended up learning there was more to the story after reading a report about her receipts. Andy called Lisa about the confusion, and she clarified she had brought different sets of receipts relating to two different situations. 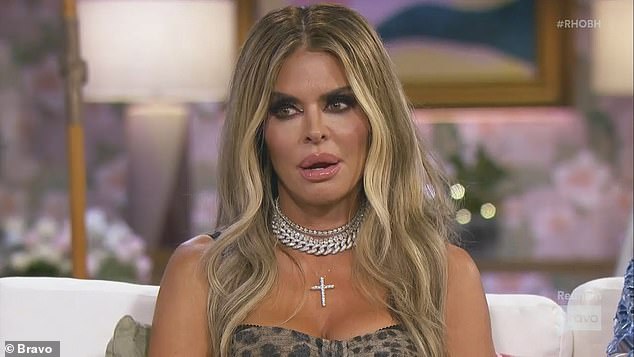 Clearing things up: Andy called Lisa about the confusion, and she clarified she had brought different sets of receipts relating to two different situations

‘And she said, “Actually, there were also Aspen receipts.” She said, “I printed out eight pages of text messages from texts that I was sending to Kyle [Richards] and Erika [Jayne]’s and another friend of hers about what was going on that night with Kathy [Hilton].

‘And she said, “That was kind of my corroboration, that I sent those texts that night. And that’s what that was.” And she never entered them to the court for consideration and we never got to them. So then I guess she posted on her Instagram yesterday and said, these were actually also the receipts.’

‘I woke up this morning and people on Twitter were like, “Rinna is calling you a liar. What do you think?” You know, so this is me saying I believe both of these situations to be true. She had the Elton John receipts, she had, what were her Aspen receipts that I never saw. We never got to them. We didn’t cut them out of the show. She never handed them over during the show. And so that is the tale of Rinna’s receipts.’