Lisa Marie Presley died from a second cardiac arrest suffered while she was in hospital, it has emerged, and passed away after the family signed a ‘do not resuscitate’ order.

The 54-year-old only child of Elvis and Priscilla Presley was rushed to hospital on Thursday morning after she was found by her housekeeper collapsed inside her Calabasas home.

EMTs arriving at her home managed to revive her and she regained a pulse, but she was brain dead on arrival at hospital, TMZ reported on Friday.

The family rushed to her bedside, where she was in an induced coma and on life support. On learning she was already brain dead signed a ‘do not resuscitate’ order.

She suffered a second cardiac arrest, and died. 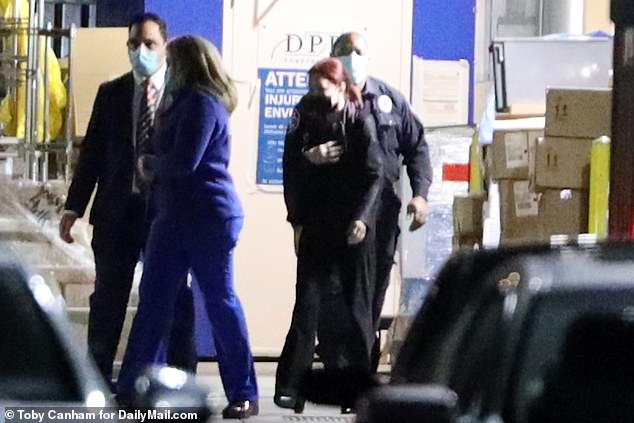 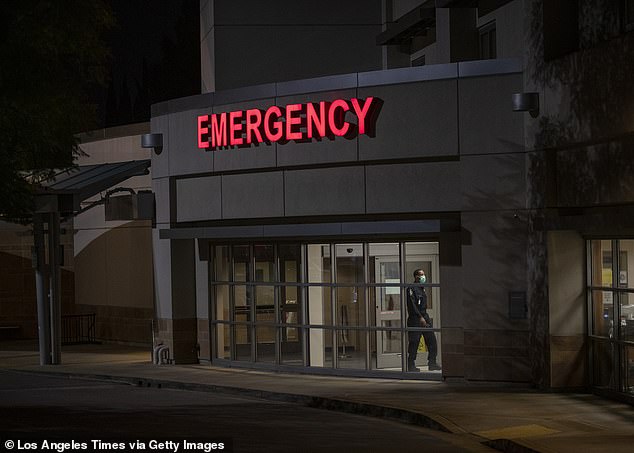 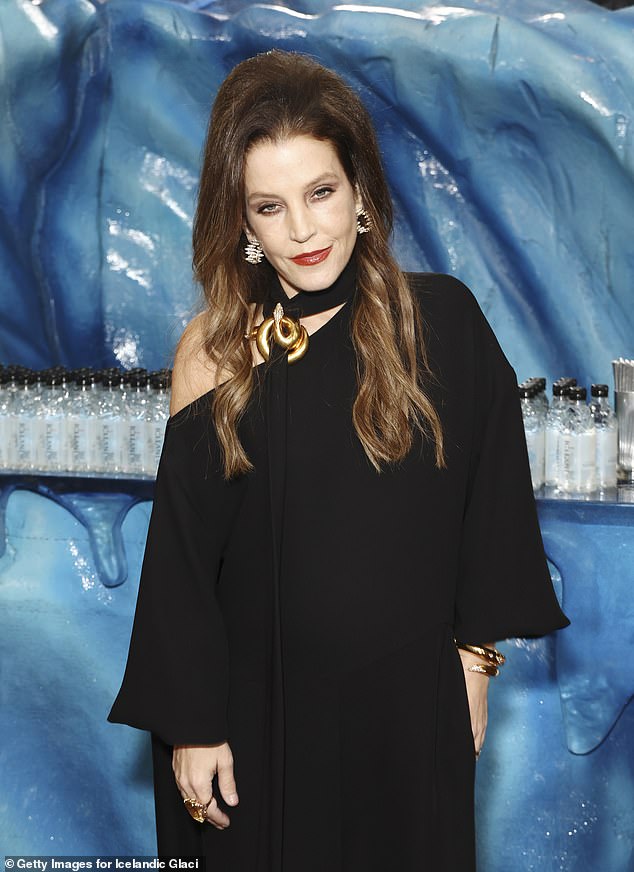 Lisa Marie Presley, 54, is pictured at the Golden Globes on Monday. She died of cardiac arrest on Thursday 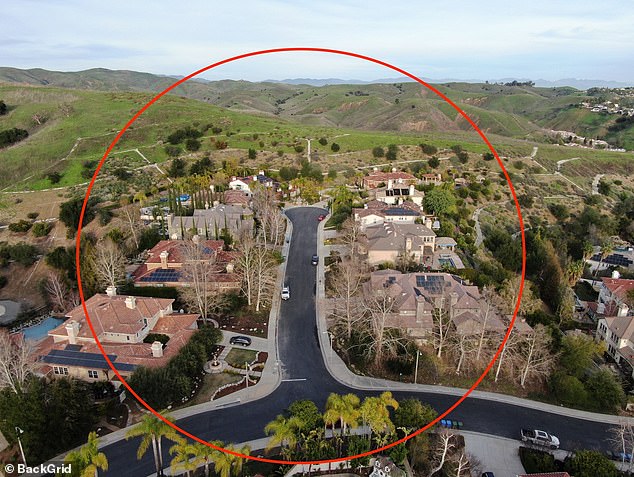 The gated community in Calabasas where Lisa Marie Presley was living

Her mother Priscilla, 77, was by her bedside.

Ex-husband Danny Keough – her first of four, with whom she lived – returned to the house shortly after she collapsed, and performed CPR until the paramedics arrived.

Keough is the father of her actress daughter Riley, 33, and son Benjamin, who took his own life in July 2020 aged 27.

Lisa Marie had become reclusive since her son’s death, but was emerging in part thanks to the success of the Baz Luhrmann biopic Elvis, which she loved.

She was at the Golden Globes two days before her death to celebrate Austin Butler’s Best Actor award for portraying her father.

And on Sunday, the singer-songwriter told the devoted crowd at her father’s Memphis estate that they were the ‘only people who can bring me out of the house’, to mark his 88th birthday.

Fans said the daughter of the King of Rock ‘n’ Roll, who had not posted on Instagram since August, looked ‘incredibly sad’ and ‘really hurting’, two years on from the suicide of her son Benjamin Keough, who is buried alongside Elvis at Graceland.

Two days later, she broke down in tears at the Golden Globes during Austin Butler’s award speech for his portrayal of Elvis. 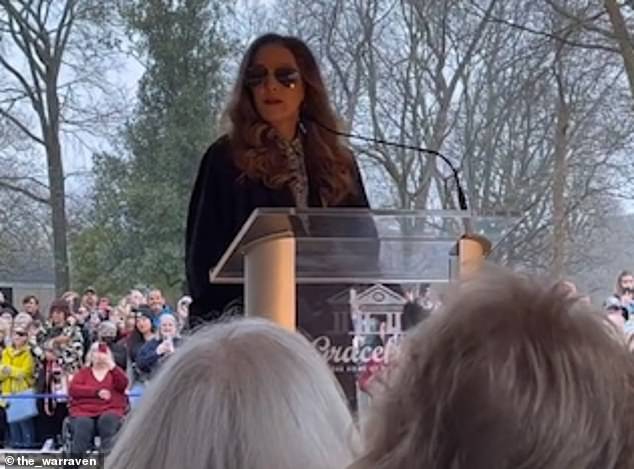 Lisa Marie Presley told devoted fans at Graceland, her father’s Memphis estate, that she hardly left her home and they were the ‘only people who can bring me out of the house’ just days before her sudden death aged 54

At Graceland on Sunday, Lisa Marie said: ‘It’s been a while. I’ve missed you. I love you.

‘I keep saying you are the only people who can bring me out of the house. I’m not kidding. I love you back and that’s why I’m here.

‘It’s just so moving how every year you come from all over the world and it’s moving to me and my family, and thank you.’

On Tuesday, the star was seen crying with her mother Priscilla, 77, during the Golden Globes.

They put their hands to their eyes and then their hearts as actor Austin Butler, who won Best Actor for his portrayal of Lisa Marie’s father in the biopic Elvis, told them he would love them ‘forever’. 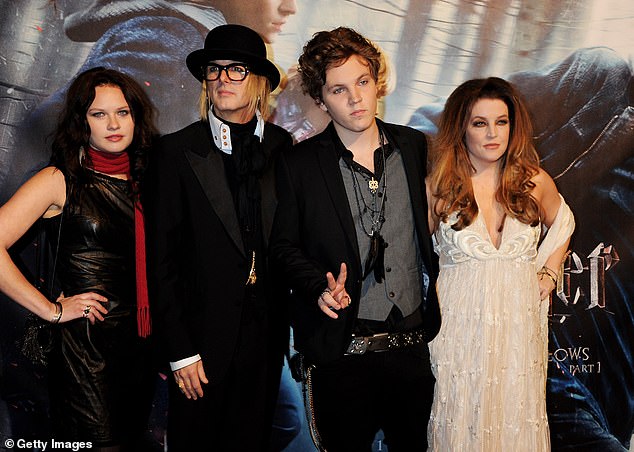 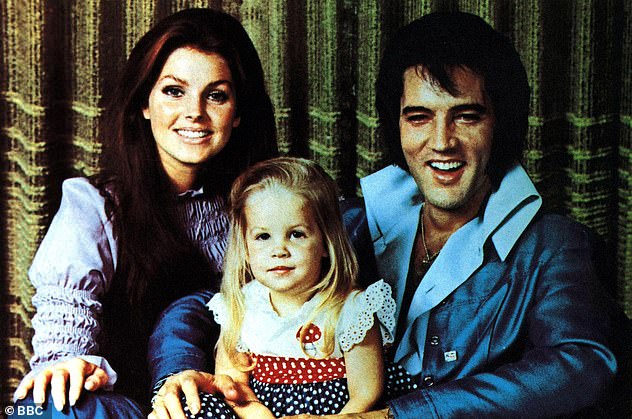 Lisa Marie with her parents Priscilla and Elvis in 1970 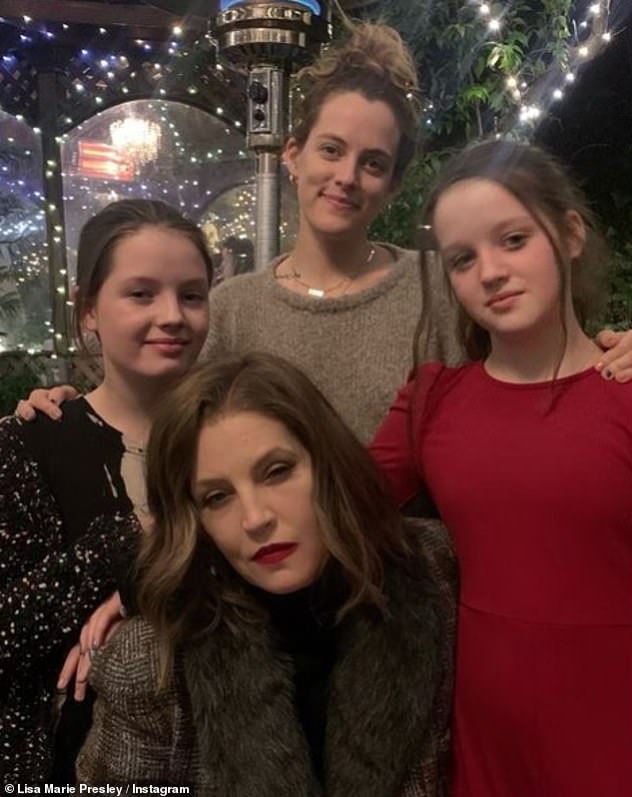 She was previously active on Instagram posting regular photos of her family, but had posted nothing since August.

Lisa Marie married guitarist Keough after meeting as a teenager at a drug rehabilitation center. They had two children , Benjamin and Riley.

They divorced in 1994 in the Dominican Republic days before she eloped with Michael Jackson.

After Jackson, Lisa Marie was engaged to musician John Oszajca in 2000, but called it off after she met actor Nicolas Cage at a party.

She and Cage married in August 2002, only to file for divorce three months later.

Lisa Marie then settled down with another musician, guitarist Michael Lockwood. They married in 2006 and had twins together, but divorced ten years later after Lisa Marie falsely claimed she found hundreds of images of child pornography on his computer.