Paris Saint-Germain boss Mauricio Pochettino is set to be handed a major boost with both Lionel Messi and Marco Verratti reportedly in line to return against Manchester City next week.

The French giants take on Pep Guardiola’s side in a mouth-watering Champions League encounter on Tuesday, and they are in need of a win having slumped to a disappointing draw against Club Brugge in their group Group A opener. 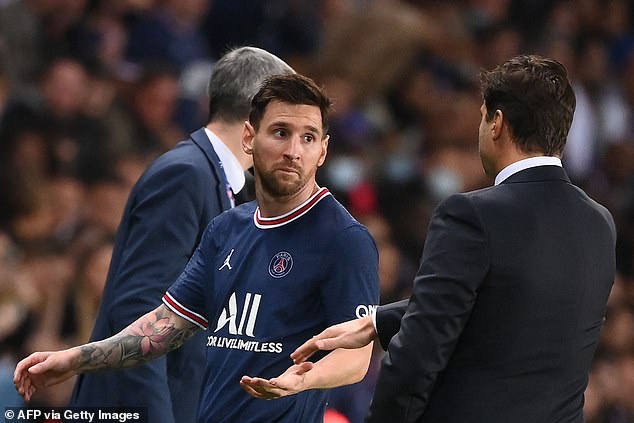 The pair have both been sidelined with knee injuries, with Messi requiring an MRI scan after being forced off in the 2-1 win over Lyon last week.

The scan showed signs of bone contusion, with the former Barcelona star subsequently missing PSG’s narrow win over Metz, while he will also be absent for Saturday night’s clash against Montpellier.

However, French outlet L’Equipe report both players should be in the squad to face City on Tuesday, with Verratti – and potentially Messi – set to return to training next week. 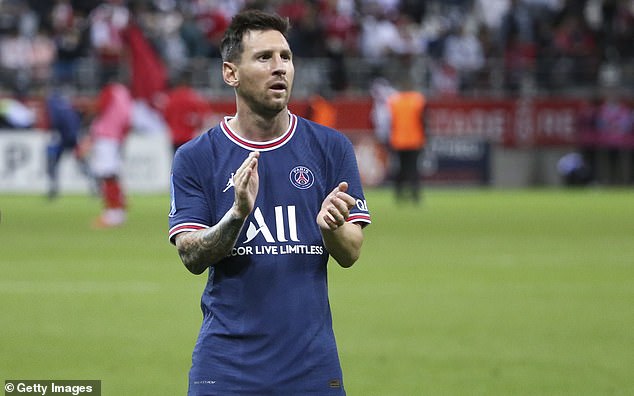 PSG revealed Messi has started running once more in a statement on Friday, with the forward set to undergo a further check on Sunday.

Speaking ahead of this weekend’s clash against Montpellier, Mauricio Pochettino insisted the hope is for Messi to play against City.

‘As you’ve seen in the medical update which comes out before the press conference, we are going to assess him,’ he said.

‘We hope he improves and on Sunday we will be able to give a positive update. We hope everything goes well and he will be available again.

‘We hope he can play (against Man City). We have to be cautious to see how he evolves in the next few days.’ 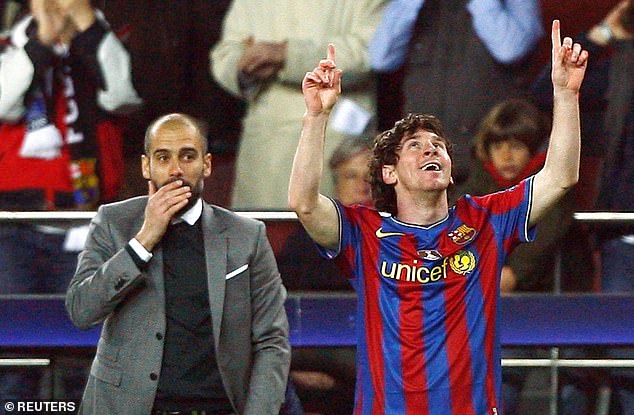 Should Messi recover in time for the encounter, the 34-year-old – who left Barcelona for PSG this summer – will reunite once more with former mentor Guardiola.

Though Guardiola insisted the Argentinian was ‘not in our thoughts’, Messi had been heavily linked with a move to the Premier League and City, who splashed £100million on Jack Grealish, while missing out on primary strike target Harry Kane.

Instead, Messi could be in line to face his former boss again. He scored a hat-trick for Barcelona against Guardiola’s City in a 4-0 home win back in October 2016, before opening the scoring in a 3-1 defeat two weeks later.

Messi also played against Guardiola’s Bayern Munich side, with Barcelona progressing to the Champions League final – and eventually winning it – with a 5-3 aggregate victory in 2015.