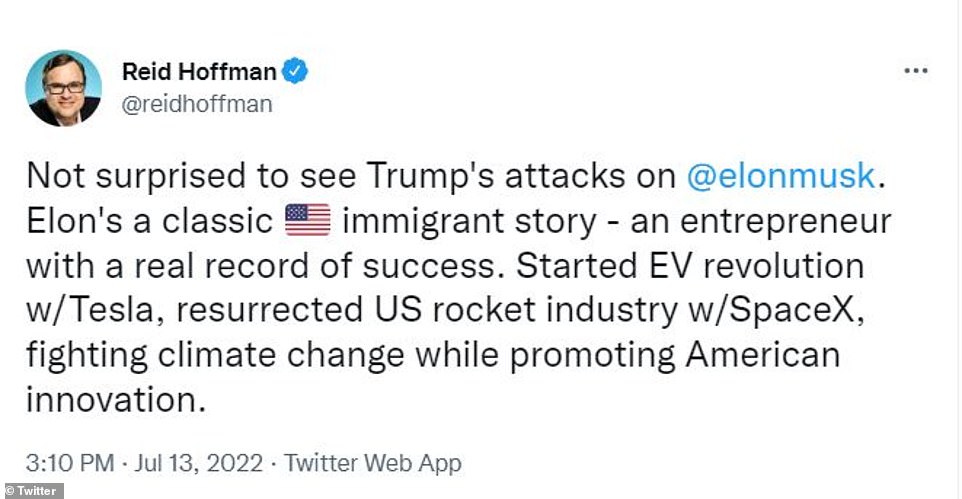 ‘Elon’s a classic immigrant story – an entrepreneur with a real record of success. Started EV revolution w/Tesla, resurrected US rocket industry w/ SpaceX, fighting climate change while promoting American innovation,’ Reid said on Twitter. ‘Trump, OTOH, is a spoiled rich kid who bankrupts everything he touches. Including the US economy.’ 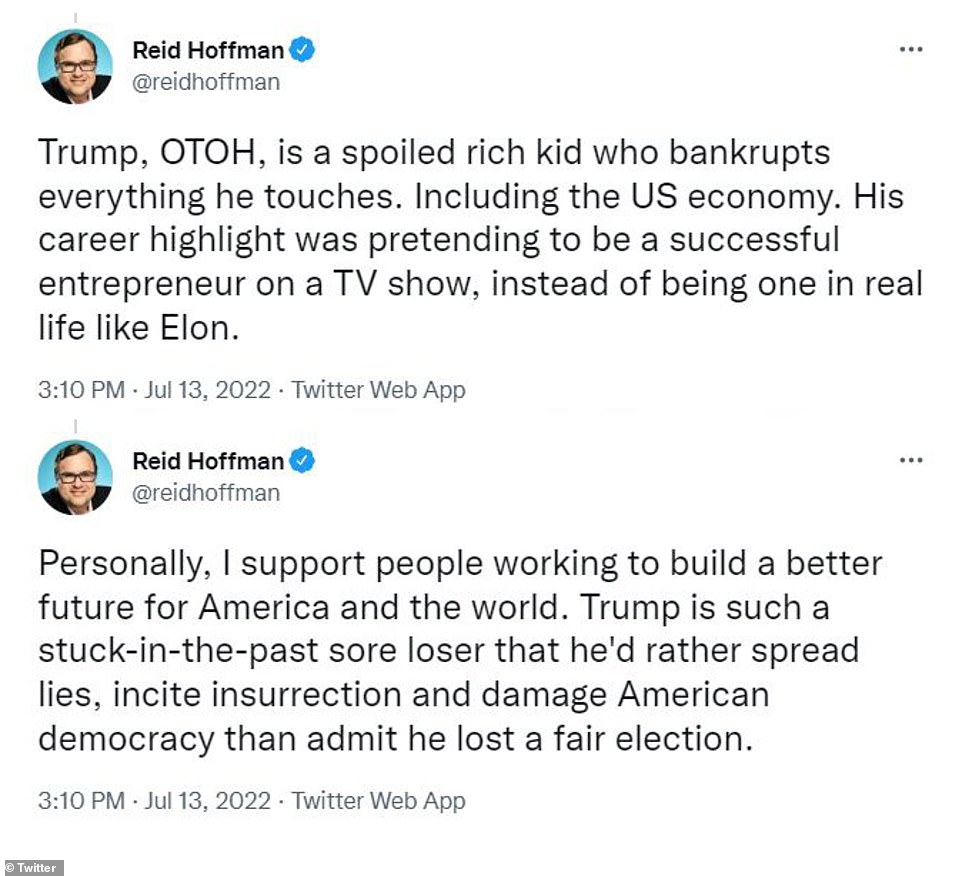 ‘His career highlight was pretending to be a successful entrepreneur on a TV show, instead of being one in real life like Elon. ‘Personally, I support people working to build a better future for America and the world. Trump is such a stuck-in-the-past sore loser that he’d rather spread lies, incite insurrection and damage American democracy than admit he lost a fair election. Trump does have the unique achievement of personally profiting from running money-losing casinos. (He’s great as a grifter.),’ Hoffman, who has an estimated net worth of $2 billion, said. 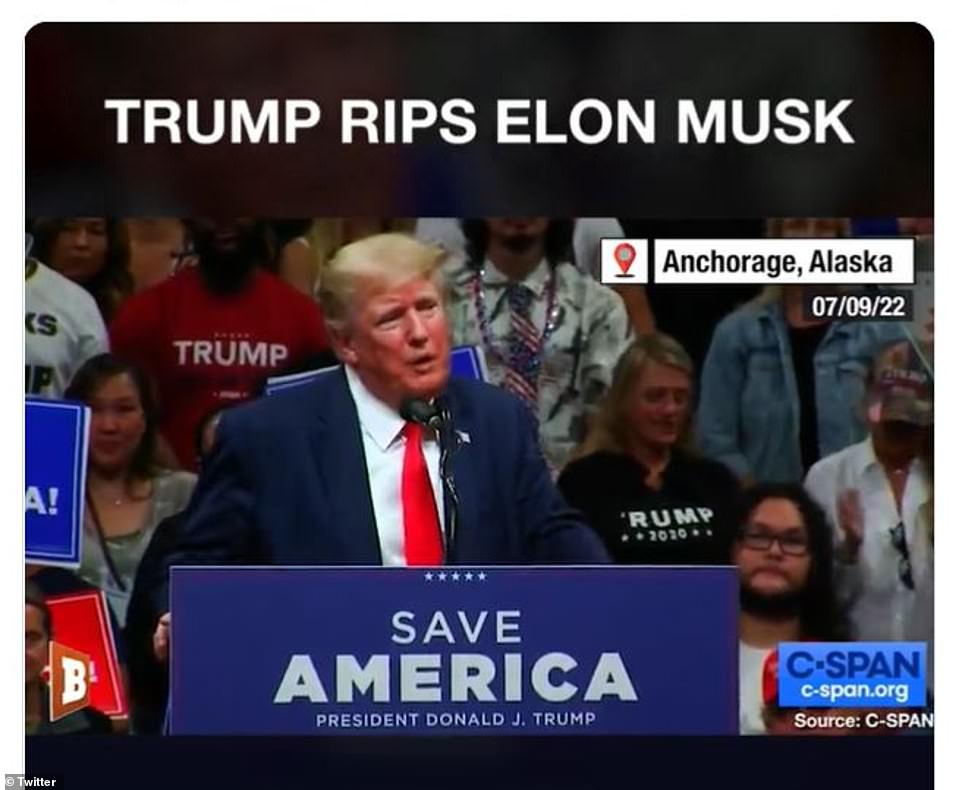 The brouhaha began when Trump branded Musk as a ‘bull… artist’ during a rally in Alaska, claiming that Musk told him he’d voted for him – a claim that Musk later said was ‘not true.’ Musk responded at that time by saying he does not ‘hate’ Trump but that it was time for the ex-president to ‘sail into the sunset’ instead of running again in 2024. ‘I don’t hate the man, but it’s time for Trump to hang up his hat & sail into the sunset,’ Musk said on Twitter in response to the voting claim. ‘Dems should also call off the attack – don’t make it so that Trump’s only way to survive is to regain the Presidency.’ 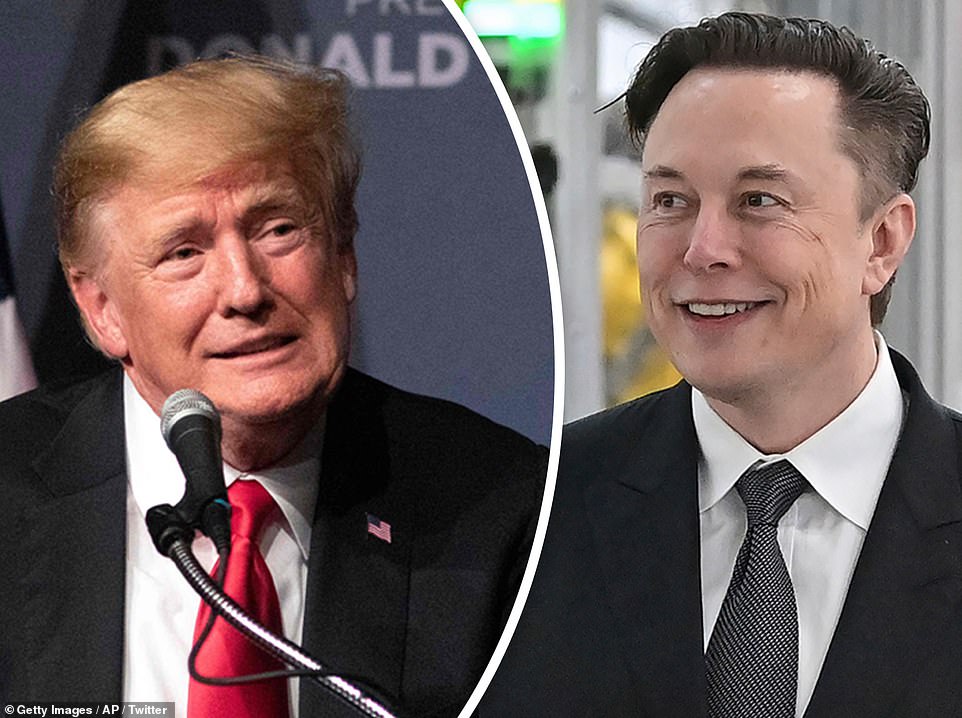