Linda Robson has revealed she was rushed to rehab by Stacey Solomon after suffering a breakdown during a trip to Ibiza with her Loose Women co-stars.

The Birds of a Feather actress, 61, candidly discussed her anxiety battle, which saw her self-medicate with alcohol, in a new interview with The Sun.

Linda, who is now in recovery, revealed things got so bad, she ‘felt like I wanted to die’, but she wants to share her experience in a bid to help others who are in a similar situation.

Breakdown: Linda Robson was rushed to rehab by Stacey Solomon after suffering breakdown during trip to Ibiza with her Loose Women co-stars in July 2018 over her anxiety battle

The Loose Women star explained her anxiety stems back to 2008, when her son Louis, now 28, had been out with friend Ben Kinsella the night Ben was stabbed and died at the scene.

She claims from that day forward she felt completely different when it came to the safety of her children – Linda is also mum to two daughters Lauren, 37, and Roberta, 24 – and struggled with anxiety as well as OCD (obsessive compulsive disorder).

She had flown by herself to Ibiza and revealed she was carrying three or four battery packs to charge her phone, as she gets herself in a ‘terrible state’ if she can’t contact her family. 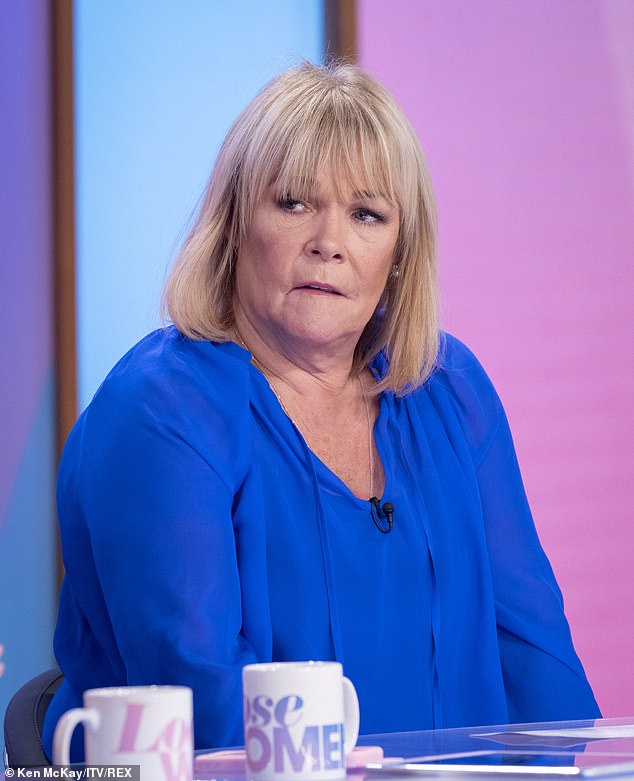 Honest: The Birds of a Feather actress, 61, revealed things got so bad, she ‘felt like I wanted to die’, but she wants to share her experience in a bid to help others who are in a similar situation

Linda said her anxiety hit while she was overseas and she wasn’t sleeping, so would ‘sneak bottles of vodka’ in at night to try and help her sleep.

By the third night, she suffered a ‘meltdown’. Lisa told the paper: ‘I felt like I wanted to die because I wasn’t enjoying life like I’d used to. I had reached breaking point.’

She returned to London after contacting her family and it was agreed she would go straight to a rehabilitation centre.

Linda recalled Stacey went with her, she said: ‘Stacey came with me. I was in a terrible state, so we played games on her phone just to try and distract me.

‘I was thinking, “What am I going to do? Where am I going? I was scared embarrassed and ashamed because my kids had been told their mum was in a state and needs help.’ 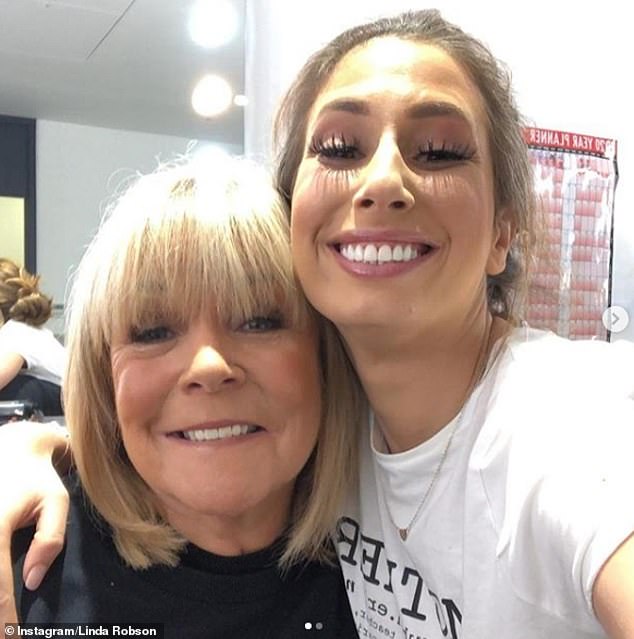 ‘I was scared, embarrassed and ashamed’: After heading to rehab with Stacey (above), Linda said she actually ended up in a different clinic for six-weeks, but left on double the medication 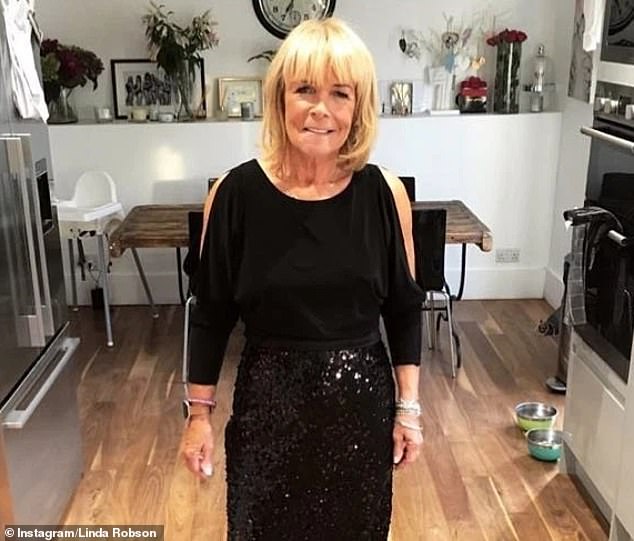 On the mend: Following stints in three different treatment centres, it was revealed Linda’s behaviour was due to an allergic reaction to an anti-depressant and she is now recovering

Linda said that she decided against the rehab centre, as she felt it ‘wasn’t for me’ and later found a rehab clinic up North, where she stayed for six-weeks.

She didn’t drink during her stay, but due to her anxiety and compulsive behaviour being so bad, her anti-depressants were continuously upped and she left on double the medication she had arrived on.

Linda explained that when she returned home, she quickly picked up old habits and began drinking again.

Following stints in three different treatment centres, it was revealed Linda’s behaviour was due to an allergic reaction to an anti-depressant.

She has since been on the road to recovery and hadn’t been seen on ITV’s Loose Women since January 2019.

Linda announced in October last year that she would be returning to the show and viewers saw her address her absence live on the show on her return last month.

Speaking about her recovery, Linda told the panel: ‘It took me a long time to get back to feeling normal.’

She discussed the moment she broke down in Ibiza on the show, with her co-stars sharing their concerns.

Nadia Sawalha said: ‘We were all really worried… we were so worried we watched you losing weight, talked about how you yourself, it was like a dimmer switch dimming down, we were losing you.

‘Our fear was you might have dementia, then it all came to a head where we had an intense night.’

A tearful Stacey Solomon went on: ‘It was a really intense night, where I saw your severe OCD in action, sometimes we joke about it, but actually watching you…

‘Your phone had to be charged 100% every two mins, oh It’s 99%. Straight in the same direction to the charging point. Chargers after chargers.’

If you need confidential help with alcohol abuse call Alcoholic Anonymous FREE on 0800 9177 650 or email help@aamail.org

If you need confidential help with depression or mental health call Samaritans FREE 116 123 or email jo@samaritans.org 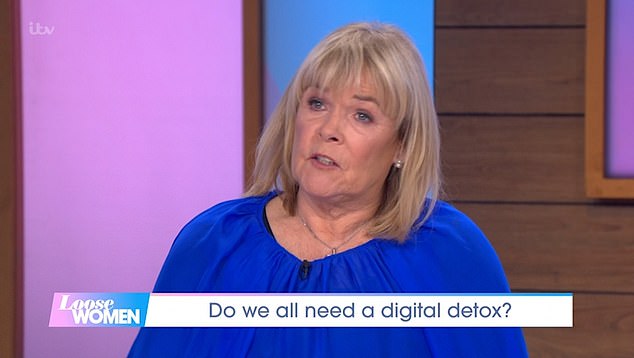 Road to recovery: Linda has now returned to Loose Women after a year-long break – she was last seen on the show in January 2019