Fans were left stunned after the Montero hitmaker, 23, shared snaps of himself striking poses beside the statue on Tuesday.

Outfitted in the exact same gold suit Lil Nas wore to the 2021 Met Gala, the statue was a dead ringer for the rapper, 23, who delightedly showed him off to friends over FaceTime.

‘never thought i would get the pleasure of meeting myself. the sexual tension was too much to bare. thank you @madametussaudsusa ! STAR WALKIN OUT THURSDAY!’ He captioned the post.

In the video, Lil Nas X struck a series of hilarious poses beside his statue, including one where he pretended to kiss his lips.

In a follow-up video, Lil Nas X surprised friends and family by FaceTiming them as his statue.

Nearly all of the callers initially believed they were speaking with Lil Nas himself – that is until they noticed the rapper was not moving. 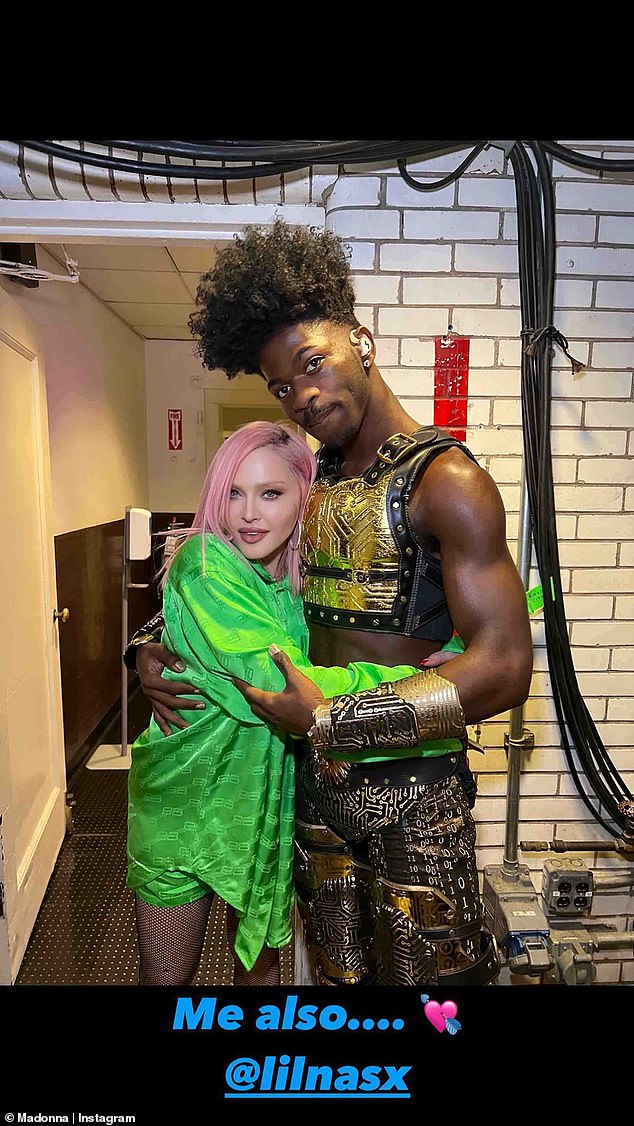 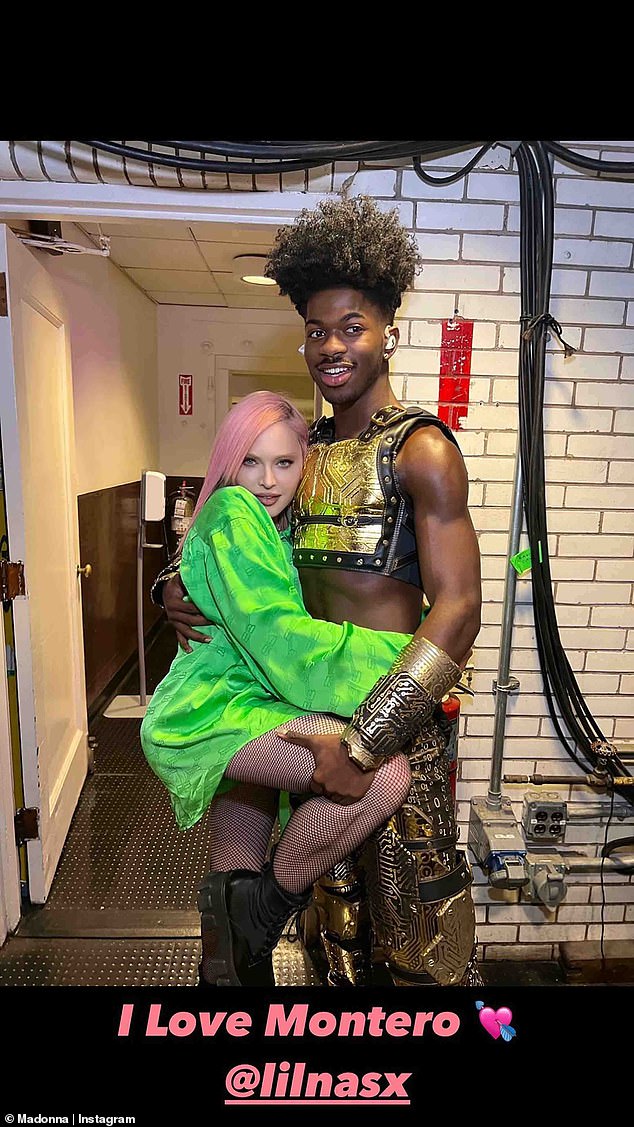 She’s a fan! The songstress declared ‘I Love Montero’ in this photograph

‘This is my brother,’ he jokingly told one friend.

‘Why you froze?’ Another friend asked.

Meanwhile, elsewhere on Instagram, Lil Nas X also got a special shout-out from Madonna, who posted snaps of them together seemingly backstage.

The Material Girl singer cosied up to Lil Nas in two photos she shared to her Instagram Stories on Tuesday. 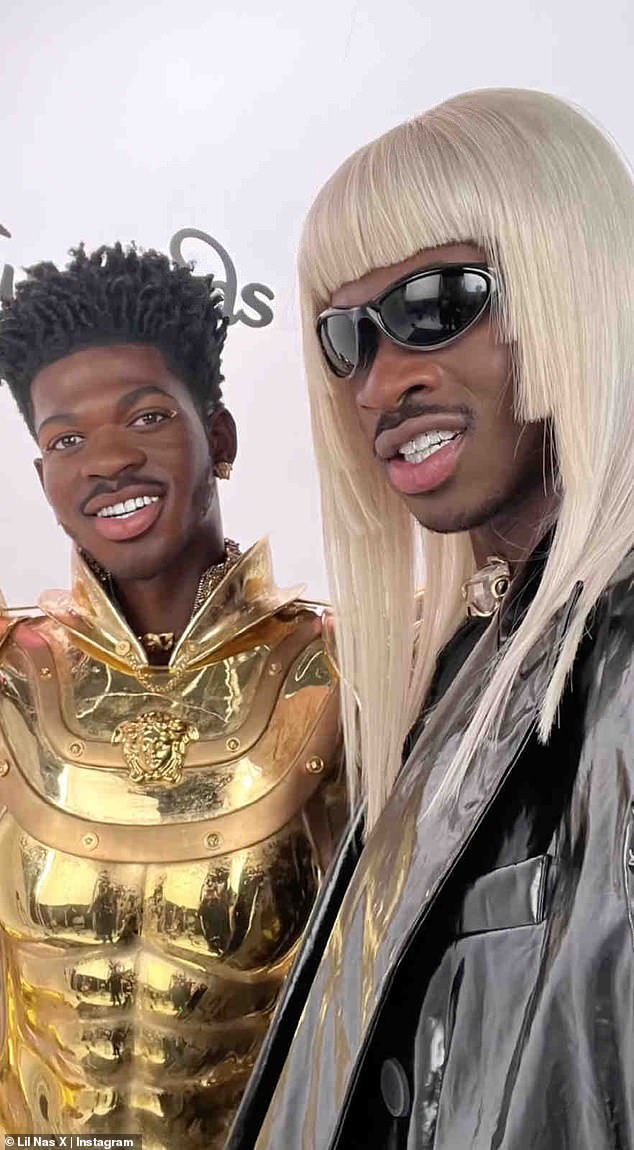 Who’s who? Fans were initially left scratching their heads as the sight of Lil Nas beside his doppelganger 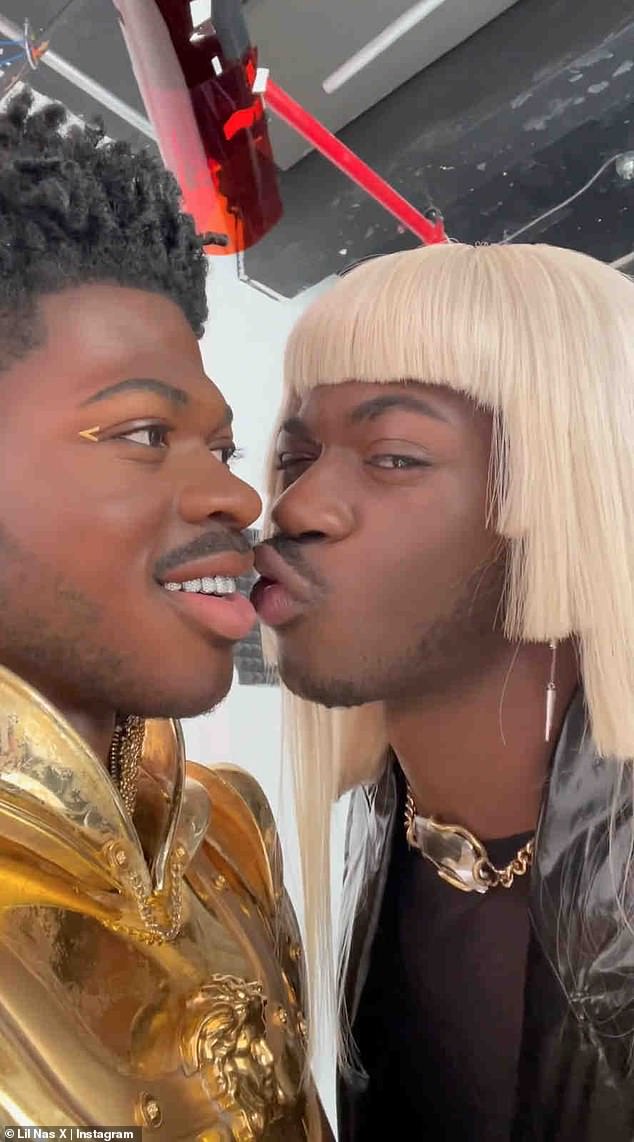 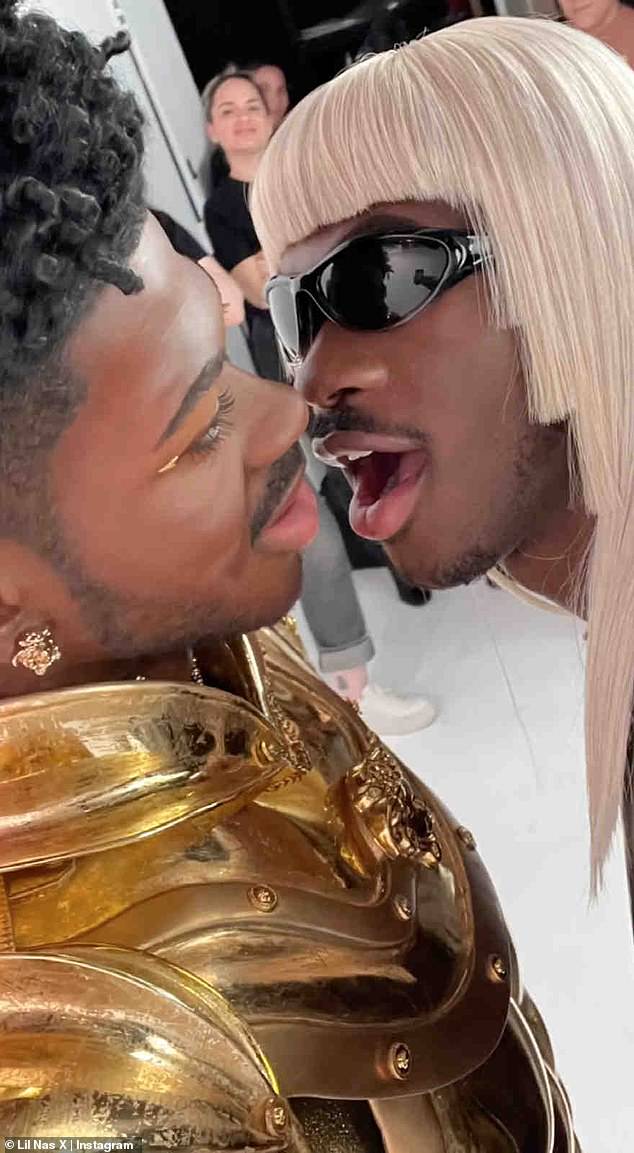 Looks familiar! The wax figure was decked out in the same gold suit Lil Nas wore to the 2021 Met Gala 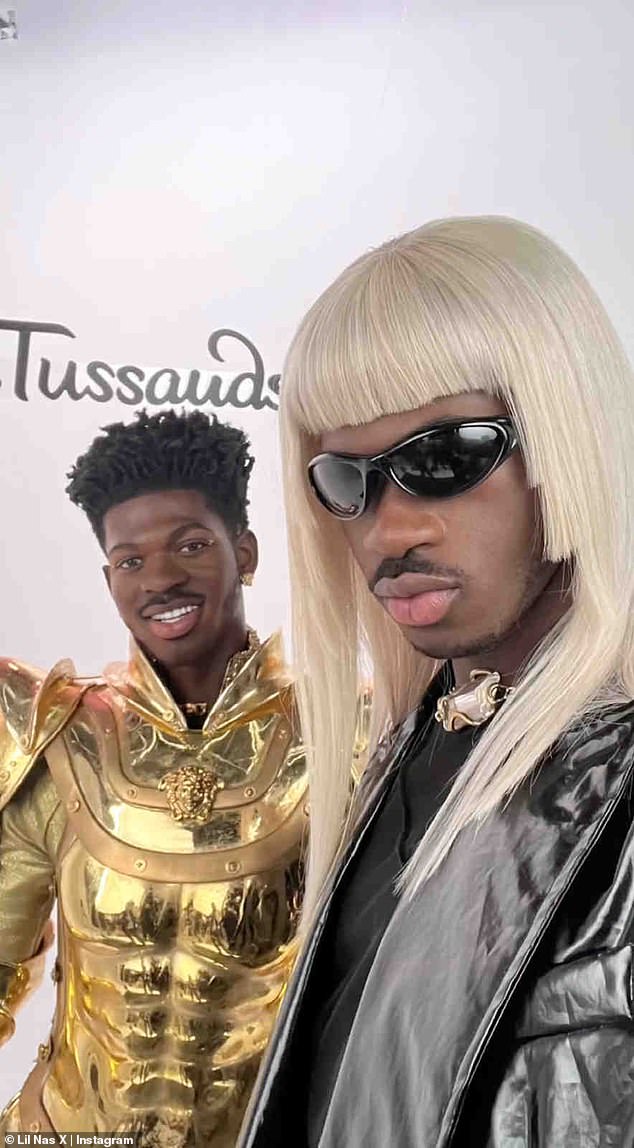 Seeing double! The hitmaker was obviously having a blast meeting his ‘twin’

‘I love Montero,’ she wrote in the first snap.

The song was also nominated for a Grammy for Record Of the Year and won Best Pop Duo/Group Performance Won and Best Music Video for the remix with Billy Ray Cyrus.

He released his debut album Montero in September 2021, which peaked at No. 2 on the Billboard albums chart and was nominated for Album of the Year at the Grammys.

The three songs Nas X was referring to was Montero (Call Me By Your Name) and Industry Baby, which both topped the Billboard Hot 100 singles charts, That’s What I Want, which peaked at #8. 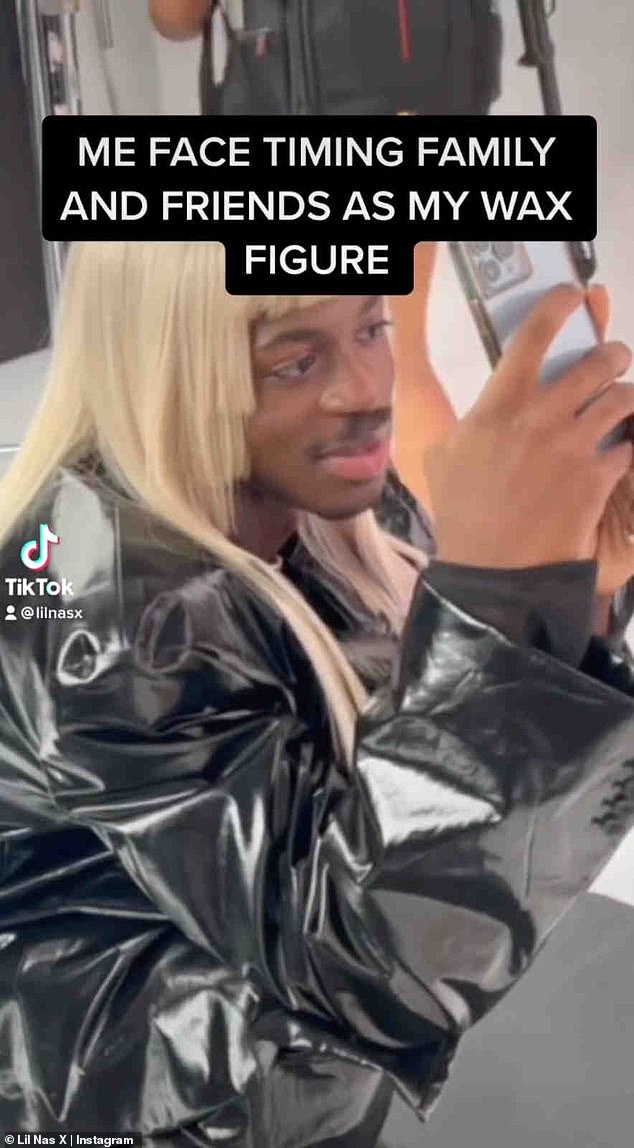 Hilarious! Friends and family were surprised by the sight of the wax figure over FaceTime 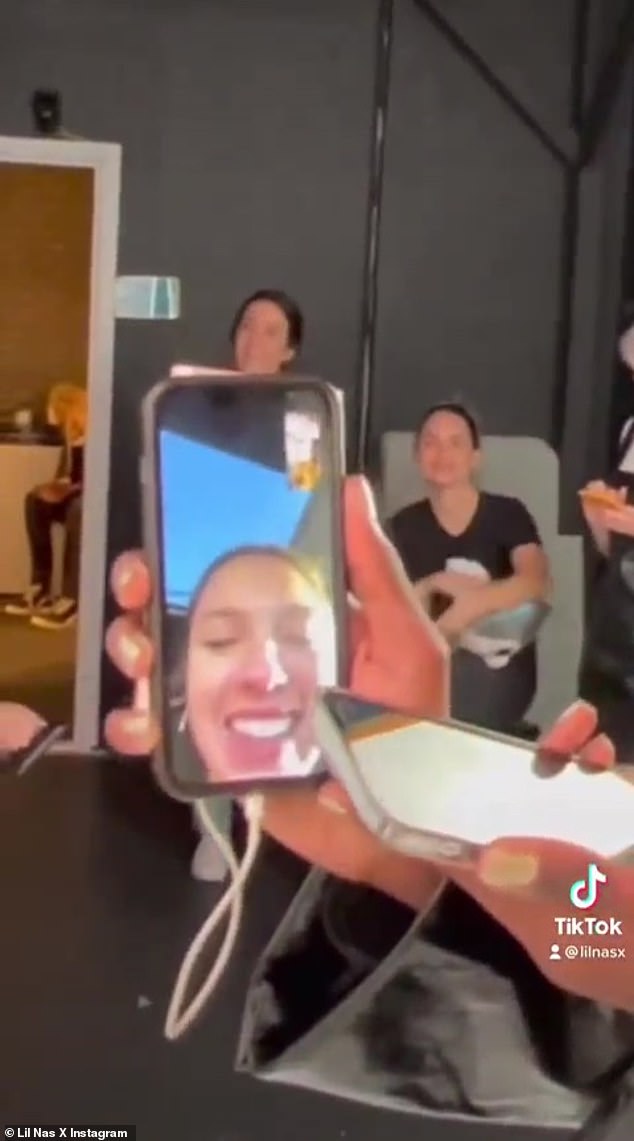 What!? Many of them initially believed they were speaking to Lil Nas himself when the rapper dialed them up as the statue 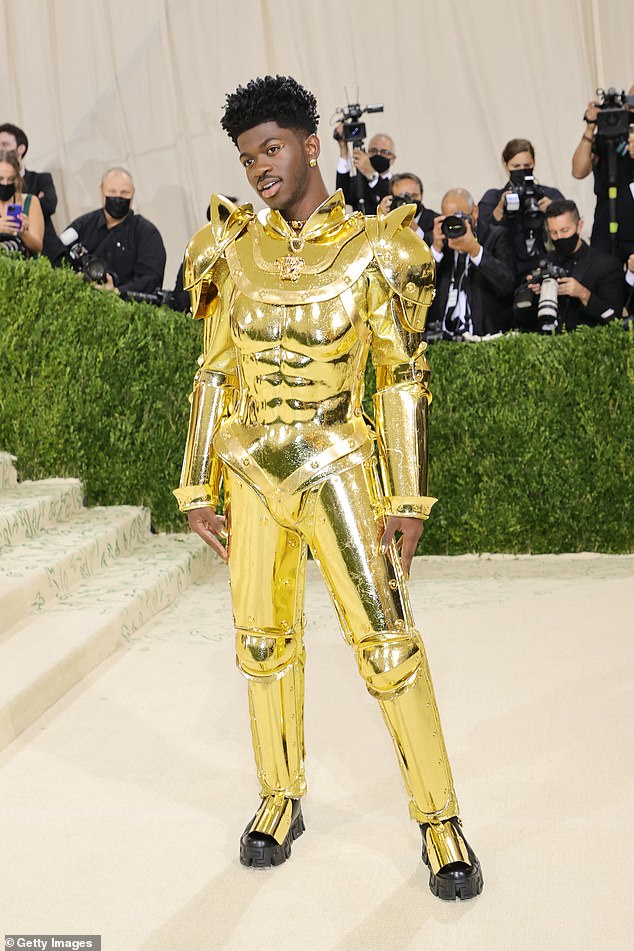 Good as gold! The Old Town Road singer pictured at the 2021 Met Gala