Lewis Hamilton couldn’t satisfy his need for speed in a Formula One car this weekend, so instead the Brit front-flipped out of a plane.

With a two-week gap between the Monaco and Azerbaijan Grand Prix’s, Hamilton had a weekend off to unwind after a frustrating weekend at the historic circuit.

The 36-year-old enjoys extreme sports, and has been spotted surfing and showing his skills on a jet-ski. The thrill-seeker has been training to skydive too, and posted an impressive video to Instagram. 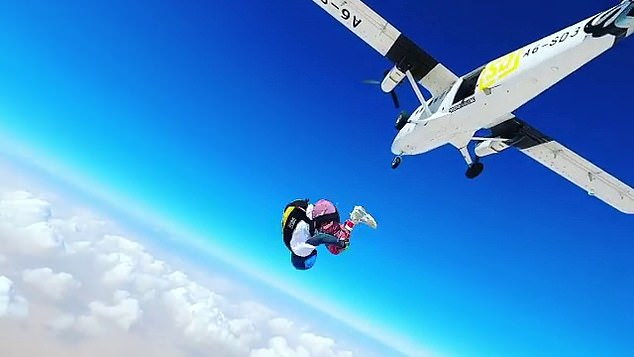 Hamilton jumped straight into three front-flips as he plummeted back to earth, demonstrating a series of manoeuvres before saluting and pulling his parachute.

‘I’ve been learning to skydive over the past couple years, it’s one of my favourite things to do in my spare time,’ the seven-time champion wrote on Instagram.

‘This me trying for the first time flying on my back of which I was useless at lol.

‘After this I went to spend time in the wind tunnel to practice. I’ll post that next to show you my progression.’ 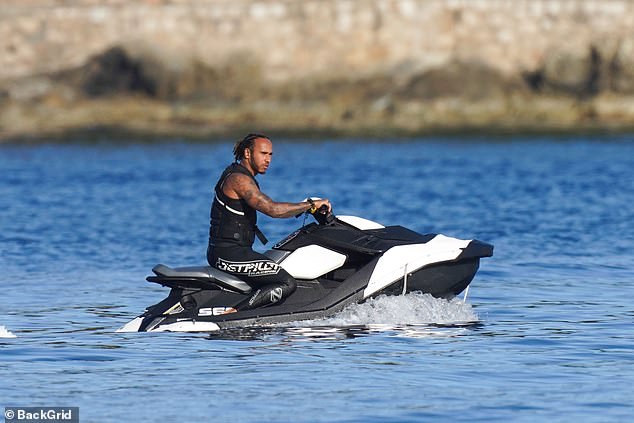 Hamilton enjoys different sports, and was seen riding a jet-ski after the Monaco Grand Prix 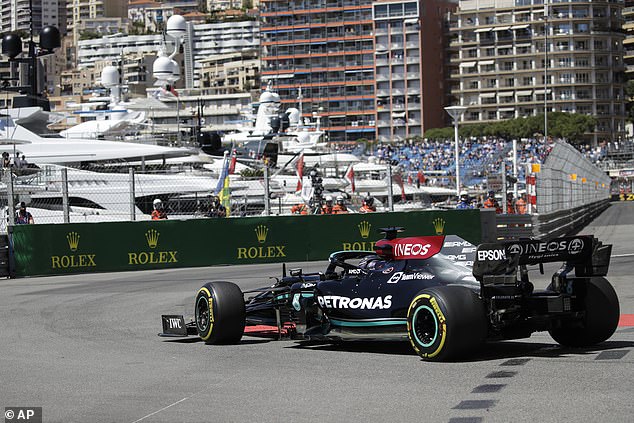 Once he’s back to earth and back on track next weekend, Hamilton’s mind will be fixed on putting Max Verstappen back in his place.

Hamilton can become the first ever eight-time champion this season, surpassing Michael Schumacher. However, Red Bull look set to put up the toughest challenge to Mercedes since their era of domination began.