By Lewis Steele For Mailonline

Nothing quite beats derby day. It’s the first match fans look for when the fixtures are released – the tackles are harder, the chants are louder, the stakes are higher.

Heroes are made on derby day, tales of winning goals and last-ditch challenges are passed down the generations by fans whose DNA is made up of the club they love.

So remember this day – it won’t just be Derby fans that will miss days like it if they’re no more. Derby County are on the brink of extinction and so is the storied history of this storied fixture, one of English football’s showpiece rivalries.

Forest climb up to eighth in the table with the win, two points adrift of the playoff spots 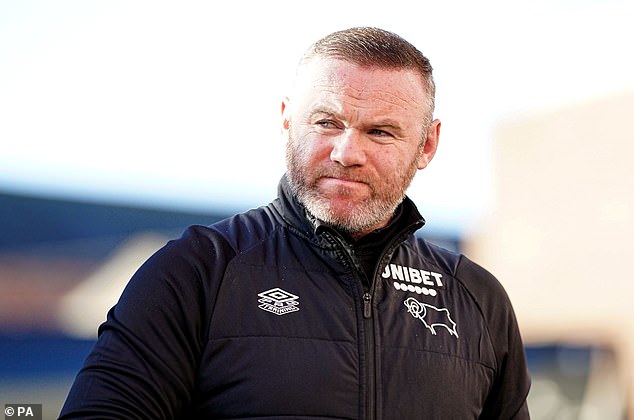 First played in 1892, last in 2022? It might sound like an exaggeration but this is no joke, and this is no Netflix drama, this is real life and this club could feasibly not exist in two weeks’ time.

There is no ‘might’ about it. If Derby do not find a buyer to take over their club and pay off their debts, they will die.

Fans will lose a lifelong passion and many will lose their livelihoods – from former England captain Wayne Rooney right through to the cleaners, tea ladies and office staff.

And what better way to showcase the great memories – delirium to heartbreak – than the Brian Clough Trophy, the small piece of silverware that these teams fight for.

Nottingham Forest won the match and with it boosted their promotion hopes. After four straight 1-1 draws in this fixture, Cloughie’s trophy will remain in Forest’s trophy cabinet. For now? For ever?

Will it ever head back down Brian Clough Way to Derby’s Pride Park, to go with their two First Division titles and an FA Cup?

This is not just any club, this is an institution of English football.

In truth, it was a very one-sided game of football. After an early chance for Tom Lawrence, a skewed shot which he should have converted, Forest were far superior.

Lewis Grabban opened the scoring at the beginning of the second half with a clinical, poachers’ finish. Smash and Grabban, one might say. 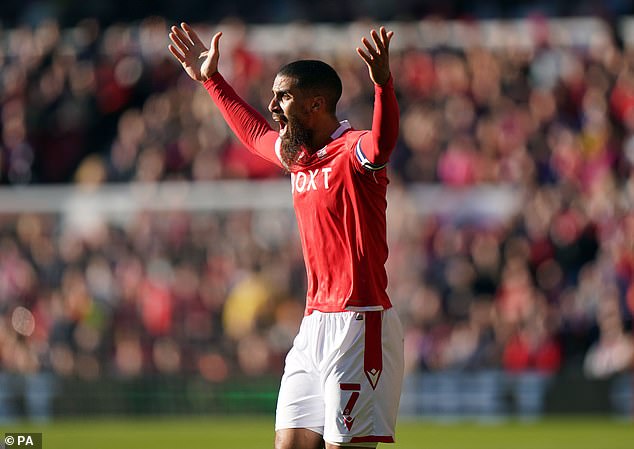 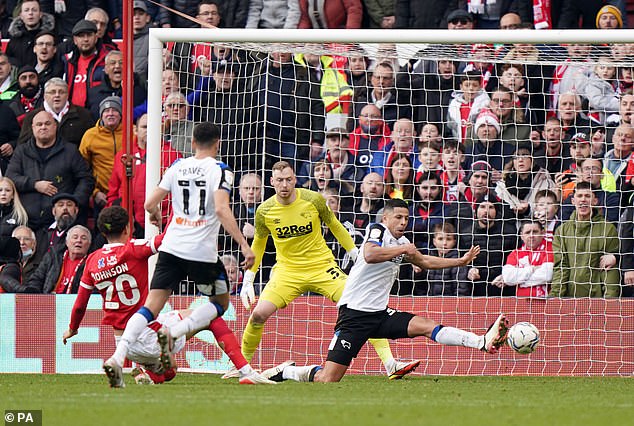 The striker has always been a good goalscorer but has found a new level under boss Steve Cooper, this his 13th goal of a prolific season.

Young Brennan Johnson added another as the game went into its final 10 minutes. Forest surely home and dry.

But then Lawrence pulled one back, winning and converting a penalty after a late, clumsy and tired challenge from Forest defender Steve Cook. 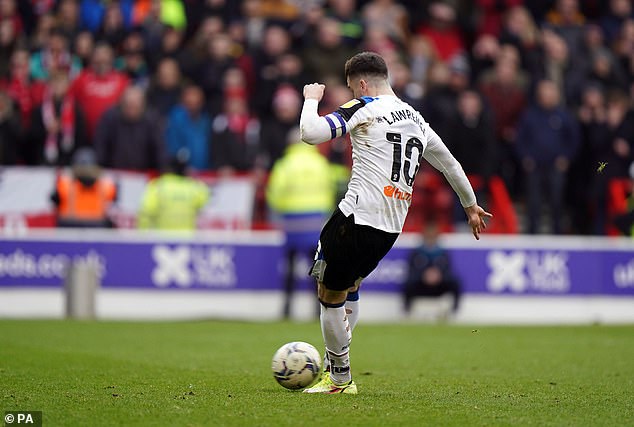 Typical derby day drama came before feisty derby day battles – both teams had a player booked for a melee after Lawrence’s goal, and Ravel Morrison was sent off for a reckless tackle in the final minutes.

The away end were by now riled up and in good voice and Derby had just over six minutes to chase an equaliser. ‘We’re Derby County, we’ll fight to the end,’ they sang.

They did so here, this 90-minute battle was lost but the war to save a 138-year-old pillar of English football is still on.