Gosh, I spy a rare free seat at the jam-packed Bar Ktery Neexistuje, which translates as The Bar That Doesn’t Exist.

Gazing up at an illuminated floor-to-ceiling wall made up of every bottle of booze imaginable, I am soon sipping a pitch-perfect Manhattan.

This establishment is at the heart of medieval Brno — once the capital of Moravia, now the Czech Republic’s second city.

Martin Symington explores the Czech city of Brno, which attracts only a fraction of the visitors Prague gets. ‘Everything in the historic centre is tightly packed and there is a fizz and hum around the old city walls and cobblestoned squares,’ he reveals. Above is Freedom Square at the heart of the old town

Pronounced Brrrno, it attracts only a fraction of the visitors Prague — some 130 miles away — gets, and there are direct flights from Stansted to Brno’s toy-sized airport.

Everything in the historic centre is tightly packed and there is a fizz and hum around the old city walls and cobblestoned squares, where people dine al fresco with floodlit spires soaring overhead.

Go in the second week of August and you can experience Brno’s Maraton hudby — Music Marathon. This famous festival covers an extraordinary variety of genres, from jazz and rock to opera and folk.

With more than ten universities and a huge international student population in this city of around 400,000, the youthful vibe is hardly surprising. When I meet guide Martina Pospisilova at the Old Town Hall gatehouse, she shows me a dangling crocodile carcass. Known as a dragon, this is Brno’s mascot.

Legend has it that the beast lived in the Svratka river and gobbled up citizens, until a heroic butcher poisoned it by filling an ox hide with caustic lime. 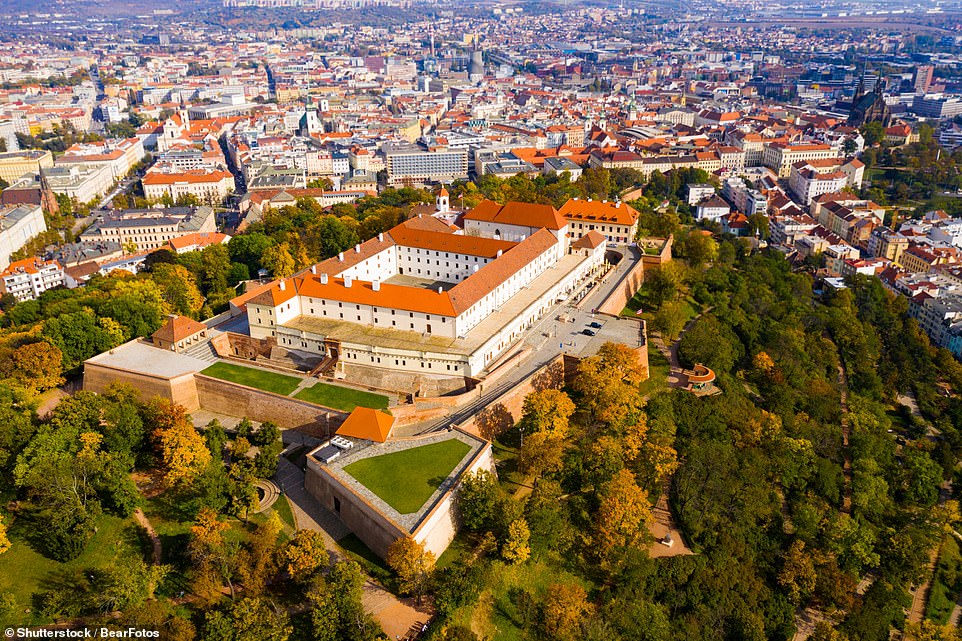 On a visit to the 13th-century Spilberk Castle, pictured, Martin learns that ‘cruel and strange things’ happened there in the medieval era

We climb to Spilberk Castle, which stands alone on a hilltop. The 13th-century castle has been a fortress, a Moravian royal palace and a notorious prison.

‘Cruel and strange things happened here in the medieval era,’ I am told in a whisper. Then a peal of bells from a turreted tower marks the hour with a bizarre rendering of Elvis’s Love Me Tender.

Time to drop in on Villa Tugendhat, a UNESCO World Heritage Site and one of Brno’s headline attractions.

It was built by the wealthy Czech-Jewish Tugendhat family (Tom Tugendhat MP, the recent Tory leadership hopeful, is one of their kin) just before World War II. I feel transported into the future, rather than back more than 80 years, as I wander through minimalist expanses enclosed by glass and walls of translucent onyx.

The villa fell into the hands of the occupying Germans several years after it was built. Later it became a plaything of the Eastern European communist elite. 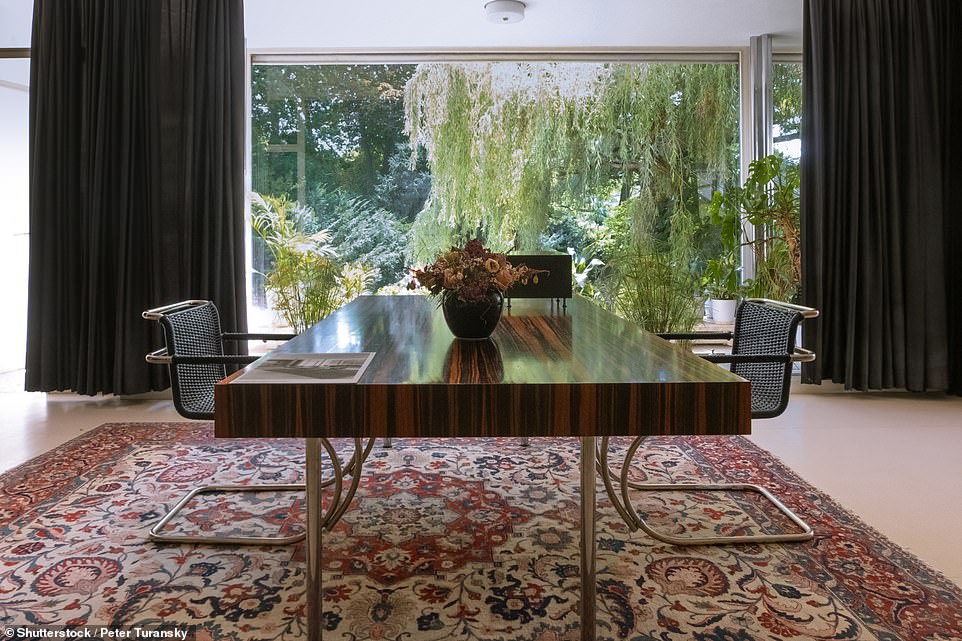 Martin drops in on Villa Tugendhat (pictured), a UNESCO World Heritage Site built by the wealthy Czech-Jewish Tugendhat family. ‘I feel transported into the future, rather than back more than 80 years, as I wander through minimalist expanses enclosed by glass and walls of translucent onyx,’ he says

Love Holidays offers three nights in Brno, including flights from Stansted and B&B at the Hotel Continental, from £197 per person (loveholidays.com). For more information about the city, visit gotobrno.cz.

More recently, it was chosen as the signing venue for the historic and amicable ‘velvet divorce’ between the Czech Republic and Slovakia in 1992.

Other aspects of Brno’s turbulent 20th century are also unavoidable. Spilberk Hill, underneath the castle, was hollowed out to become an air-raid shelter during the war. Later, the same tunnels were put to use as a Cold War fallout shelter.

The corridors and claustrophobic chambers have been turned into a chilling museum that preserves in aspic a sample of both eras.

On my last day, I venture south into the Moravian countryside, through rolling hills blanketed with vineyards and dotted with castles and mansions.

We stop for lunch at Znojmo, near the border with Austria, and taste some delicious dry rieslings at the town’s vinoteka.

This region was a stomping ground for the wealthy in Austro-Hungarian days, and I am reminded that Vienna is a mere 90 minutes by road from Brno.

‘We are closer to Vienna than Prague in every sense,’ Brno folk keep telling me. Certainly, Brno feels like yin to Prague’s yang.

I suppose it is a second-city thing, but Brno does not compare itself with Prague. The Rivalry That Doesn’t Exist rather echoes that bar in Brno’s old town.