Leslie West, the singer and guitarist for the rock band Mountain died on Tuesday at the age of 75, according to his brother, Larry West Weinstein.

The cause of death was cardiac arrest, according to reports from Rolling Stone and The New York Times.

West’s brother alerted fans to the musician’s declining health in a Facebook post shared earlier in the week.

RIP: Leslie West, the singer and guitarist for the rock band Mountain died on Tuesday at the age of 75, according to his brother, Larry West Weinstein

‘I am asking for all your prayers,’ he wrote. ‘Jenni [Leslie´s wife] is by his side in Florida but it´s not looking good. Thanks Jenni, he wouldn´t have made it this far without you. His heart gave out and he´s on a ventilator. May not make it through the night.’

West suffered a number of health issues in the years before his death with a bladder cancer battle in the early 2000s. He also had his right leg amputated in 2011 due to complications with diabetes.

The original tenure of Mountain was a short one — from 1969 to 1972, with many reunions to follow — but the group’s heavy sound was often cited as crucial in the development of hard rock in the ’70s, providing a critical link between blues-rock and metal.

West was often cited as one of the all-time great rock guitarists, but he downplayed his ability in a 1987 interview with Guitar World magazine. 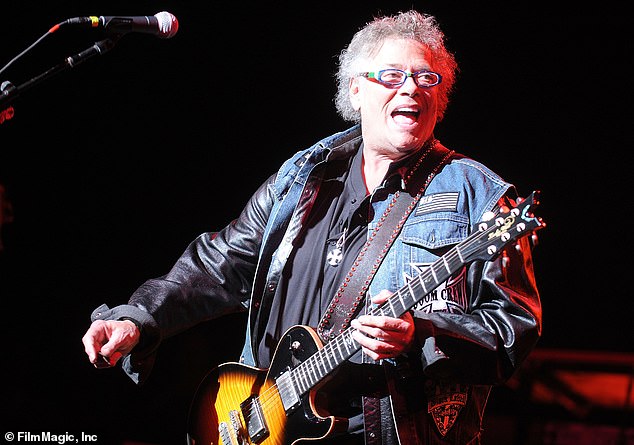 Tragic: The cause of death was cardiac arrest, according to reports from Rolling Stone and The New York Times

‘I’m no great guitarist technically,’ he said. ‘I only play with these two fingers [index and ring]. But you wanna know why people remember me? If you take a hundred players and put them in a room, 98 or 99 of ’em are gonna sound the same; the one who plays different, has some of his own, that´s the one you´re gonna remember.’

In 2019, West reminisced with Rolling Stone about playing Woodstock as the festival’s 50th anniversary approached.

‘Woodstock was just our third job, and it was quite a thrill,’ he said. ‘Mountain got on the show because our booking agent also handled Jimi Hendrix. … I think I had the most amplifiers of anybody there. It was paralyzing because that stage, that setting, was some kind of natural amphitheater. The sound was so loud and shocking that I got scared. But once I started playing, I just kept going because I was afraid to stop.’

Mountain´s 11-song set went unrepresented in the original film documentary and soundtrack, but did figure into the ‘Woodstock II’ album and the extended home-video cut of the movie.

Mountain´s most famous song, Mississippi Queen, peaked on the Billboard Hot 100 at No. 27 in 1970, but continues to be well known to younger generations of rockers via entries in the Guitar Hero and Rock Band videogame franchises. 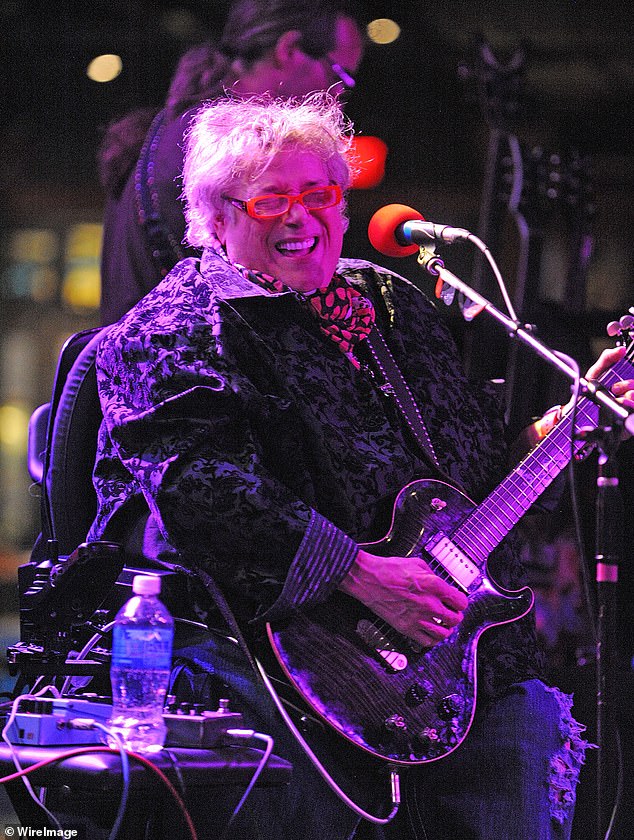 Sad: West suffered a number of health issues in the years before his death with a bladder cancer battle in the early 2000s. He also had his right leg amputated in 2011 due to complications with diabetes

The band also became a rich source of sampling for hip-hop and pop artists in later decades with Mississippi Queen sampled by the Beastie Boys on the Paul´s Boutique album, while the track Long Red figured into Jay Z´s smash 99 Problems as well as songs by Kanye West, Nas, A Tribe Called Quest, De La Soul, Common, the Game and many others.

‘It’s a song that keeps on giving. A lot of people have covered it,’ West told Guitar Player earlier this year. ‘I like most of the versions, but I really like the one that Ozzy Osbourne did. I even played on it. The song has been sampled something like 2,000 times. Every time I hear it, I call my accountant.’

West also became known to new generations via his appearances on the radio show of a big fan, Howard Stern.

During one of Mountain´s hiatuses, West formed a supergroup with Cream bassist Jack Bruce and drummer Corky Laing called West, Bruce and Laing.

West had appeared almost unrecognizably thin in recent years, after being big enough at the outset of Mountain´s career that the band was said to have been named after his hefty size. He even named his second solo album in 1975 The Great Fatsby. In 2011, West had part of his right leg amputated as a result of complications from type II diabetes.

‘I lost my leg, but at least it wasn’t one of my arms,’ West said in a 2016 interview. ‘Otherwise we wouldn’t be having this conversation right now.’ 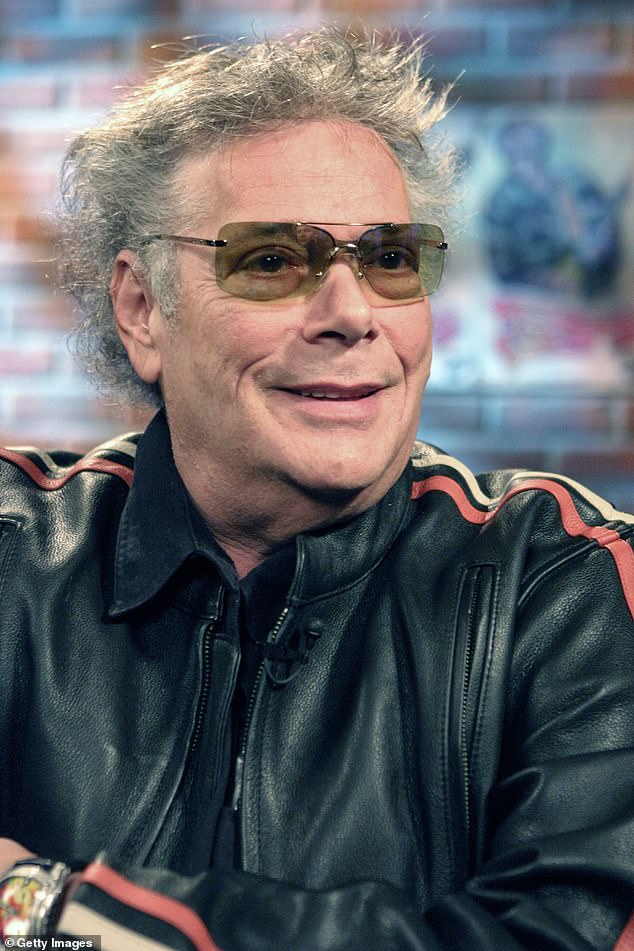 West had appeared almost unrecognizably thin in recent years, after being big enough at the outset of Mountain´s career that the band was said to have been named after his hefty size. He even named his second solo album in 1975 The Great Fatsby.

Upon releasing the solo album Soundcheck in 2015, West told Blues Rock Review, ‘The first cut on the new album is called Left by the Roadside to Die. When I lost my leg four years ago, I sort of felt that way, but everybody gets knocked down in life. It’s how you choose to get up that is something else.’

The last studio album under the Mountain name, Masters of War, which consisted of Bob Dylan covers, was released in 2007. West continued doing live shows under his own name as recently as the fall of 2019.

Asked about the unlikely ubiquity of his songs as hip-hop samples, West told the Songfacts website, ‘I’m really happy because you’d never figure a Jewish kid writing the top rap songs in the world, so you never know who’s going to end up doing your songs. … It’s great. Because I always thought to myself, why don’t they use heavy guitar in rap? Rick Rubin produced that album, The Black Album, Jay Z’s album that 99 Problems is on. And I think it may have been his idea, because he’s a big fan of Howard Stern and I’m always on the Howard Stern show. You gotta be lucky besides being talented, if you know what I’m saying.’

West got married during a Woodstock 40th anniversary show in 2009.

‘I got married the night we had the 40th anniversary reunion on stage with some of the acts,’ he told Blues Rock Review. ‘I got married right on stage to my beautiful wife, Jenny. Actually on YouTube, you can see Leslie West’s wedding right in the middle of the show. The justice of the peace comes out in his blue robe and all the guys in my group grabbed my guitars and formed an arch and Jenny came out. We had 25,000 witnesses. They built an amphitheater where the actual original site used to be. I will never forget that night.’

Slash sang West’s praises when the two guitarists interviewed each other for Music Aficonado. ‘He’s a master at the big rock riff, and that’s one of the first things I always responded to. He’s got the sound and the touch. Those are the things everybody who picks up the guitar strives for.’