Brendan Rodgers insists Leicester will go to Rome with no fear and can reach the Europa Conference League final.

Gianluca Mancini’s own goal earned the Foxes a 1-1 draw in their semi-final first leg with Roma on Thursday.

Lorenzo Pellegrini’s opener stunned the hosts but they recovered to dominate much of the game to give them real belief ahead of next week’s second leg in Italy. 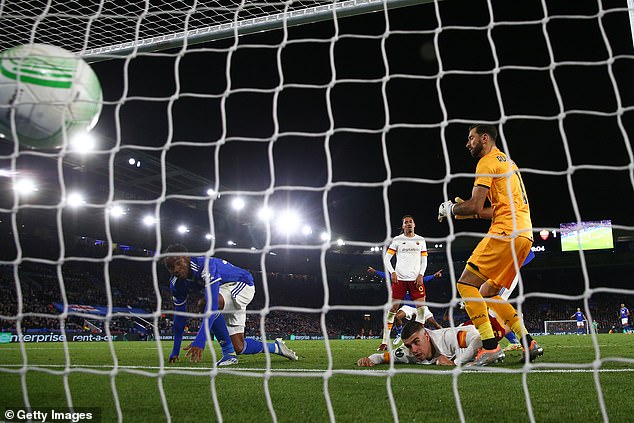 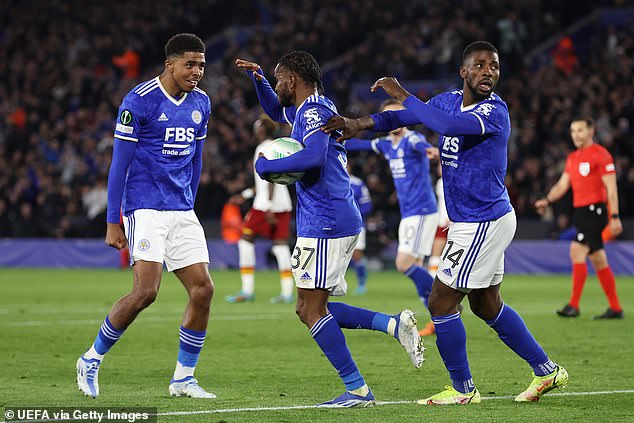 They now go to the Stadio Olimpico and Rodgers remains confident Leicester – in their first European semi-final – can make more history.

He said: ‘We have no fear, we can go to Rome and play to that level. We have a fantastic chance to get to the final. We kept playing our football and the very least we deserved was 1-1. We can go with great confidence to Rome next week.

‘It was a shame we couldn’t score more goals but it was a great response to going behind. We know we can travel and get the job done and we are really looking forward to that next week.’ 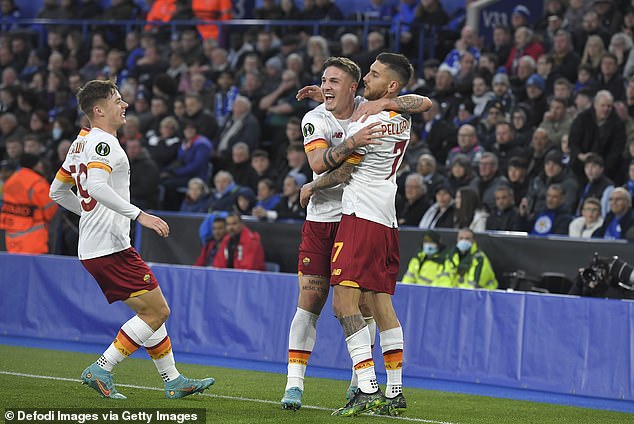 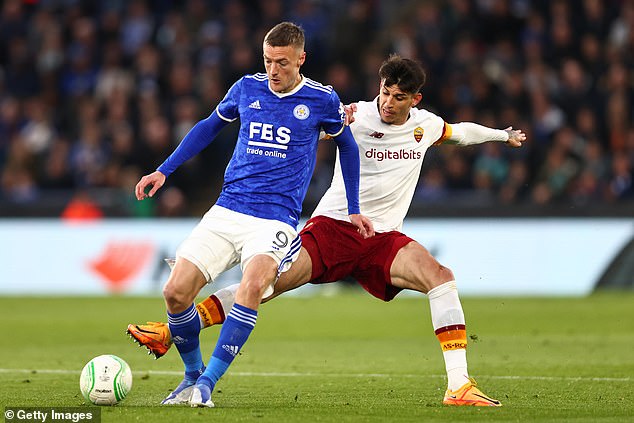 Leicester and the returning Jamie Vardy began brightly with Timothy Castagne heading wide but they fell behind after 15 minutes.

The captain ran in behind Wesley Fofana and escaped the attention of Youri Tielemans to fire his fourth goal of his European campaign past Kasper Schmeichel.

Leicester briefly wobbled but regained their composure with Ademola Lookman forcing Chris Smalling into a block and Rui Patricio into a fumbled save.

The Foxes continued to push after the break but it took until the 67th minute to find a leveller. 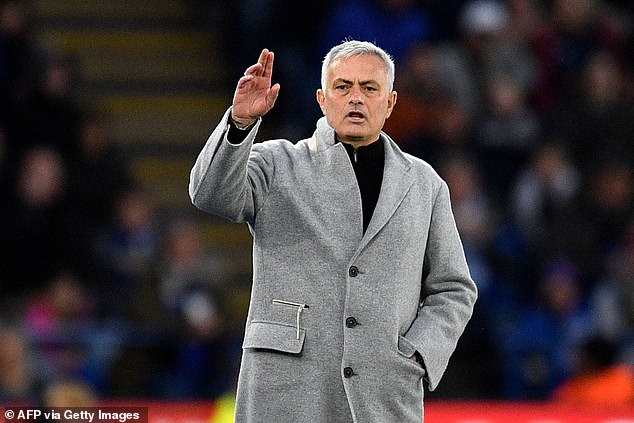 Mourinho said Roma will have the advantage in the second leg with 70,000 fans expected

Harvey Barnes, on for just five minutes, played a key role as Roger Ibanez’s attempt to cut out his pass only succeeded in playing it back to the winger.

He darted into the area and crossed for Mancini to turn into his own net under pressure from Lookman.

Leicester searched for a second, with Patricio turning Kelechi Iheanacho’s shot wide, but needed Schmeichel to save late on from Sergio Oliveira to keep it level. 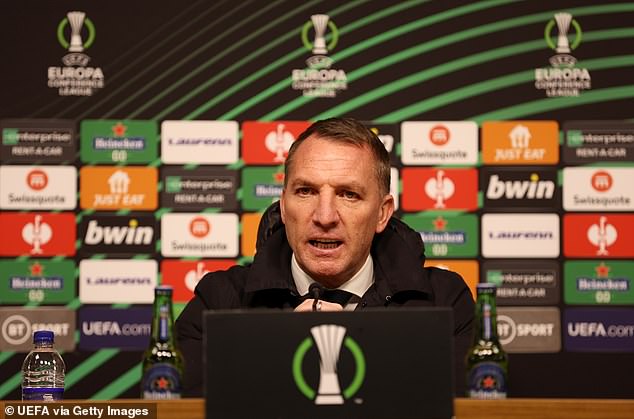 Roma boss Jose Mourinho said: ‘The second leg is a final date in Rome, that’s the way we look at it. We don’t think about Albania (the final venue), we think about this final we have to play.

‘I believe every Romanista will accept that with great motivation. I’m not saying it’s going to be easy, for a team like Leicester it doesn’t make much difference for them to play at home or away.

‘They have the maturity, class, experience and what the Premier League represents. For us it makes a difference, to play at home with our 70,000.