Leeds fans continued to direct offensive chants at Willy Gnonto on Friday night, despite manager Jesse Marsch’s plea for them to stop.

Sportsmail has led the way in highlighting the discriminatory nature of the chant and Leeds’ attempts to change the lyrics.

But the original words could still be heard from the away end during their clash with Aston Villa, including a reference to the size of his penis.

The chant, sung to the tune of Los Lobos’ 1987 hit La Bamba, has the words: ‘Willy Gnonto, Willy Gnonto, he eats spaghetti, he drinks Moretti, his c***’s f****** massive.’ Asked by Sportsmail about the chant this week, Marsch said: ‘We always want to be respectful.

‘It’s so important to maintain high levels of respect and I know within our group we have that.

‘Our fans are great, they show passion and they want the team to be successful. I love how much they love Willy, but is there a way to modify it to be as passionate, but more respectful?’

Supporters’ groups are believed to be in dialogue with Leeds, who would prefer the offensive words to be replaced by ‘he plays for United’. 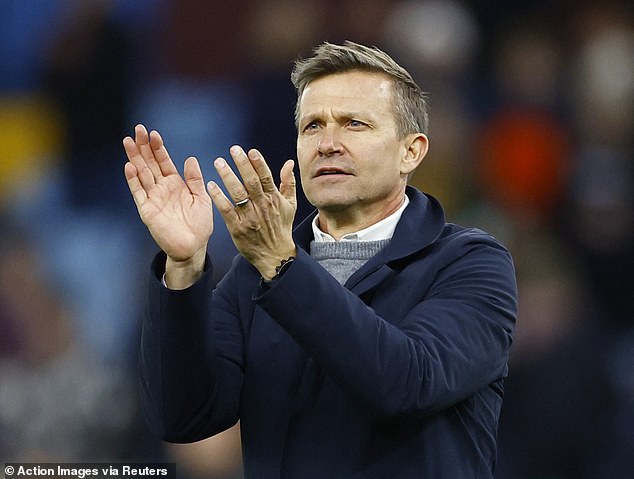