They will have to follow this up at the weekend or it presents another false dawn for Leeds United. Jesse Marsch certainly needed it, victory inspired by the sparkling Willy Gnonto, to back up claims that they are turning a corner.

Cardiff City, amid a similarly wretched run and who sacked Mark Hudson at the weekend, were very friendly opponents last night – far friendlier than the dramatic draw in Wales earlier in the month.

Marsch will hope that in time he ends up viewing this replay as a blessing, the night Leeds found themselves again after only two wins in 17. That will become more apparent when Brentford come here on Sunday. Two points off the bottom three, that is eminently more important than reaching a fourth-round tie against either Accrington or Boreham Wood.

But for the night, it was admiring the brilliance of Willy Gnonto, the 19-year-old injecting life into the club. And revelling in Patrick Bamford’s continued return to fitness, with a double off the bench.

Gnonto first though. Often the best way to describe a goal like this is through the reaction of those watching. Not necessarily when it hits the net, but after the replay on the big screen.

Elland Road knew what had just happened but took a sharp intake of breath anyway as Rodrigo, who had intelligently dropped off the front, was shown clipping a pass just over the back of Cardiff right back Tom Sang.

Gnonto, inside the box, had somehow swivelled his body 45 degrees as the cross dropped over Sang but was going with his wrong foot. It suited the left, he went with the right. And then the new darling of these parts executed a volley that had all the hallmarks of Paolo Di Canio’s for West Ham against Wimbledon 23 years ago. 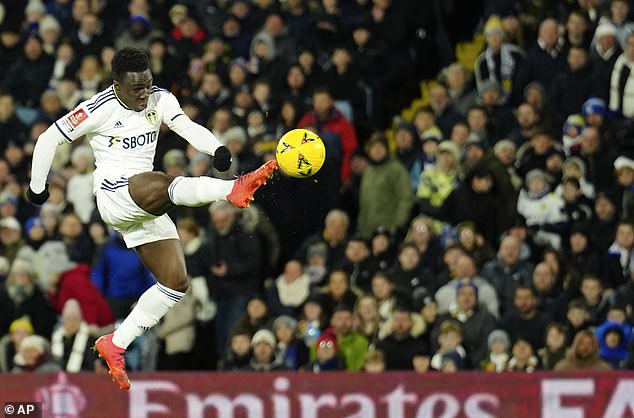 In fact, it was pretty much a carbon copy. Airborne beauty, poor Jak Alnwick waving it in. After the intake, Elland Road’s involuntary squeal spoke to quite how audacious the strike was. It owned Di Canio’s purity, too. And yes, the home supporters briefly sung the song with the original lyrics.

So Leeds had led within 29 seconds, leaving Georginio Rutter suitably impressed while sat in the directors’ box. Rutter, the £35.5million capture from Hoffenheim, had happily taken selfies with fans before receiving a standing ovation when paraded on the pitch later on.

Rutter, seemingly a show of faith in Marsch and signed for additional firepower in forward areas, will have been enthused by the chances on offer. And two more fell to Gnonto. The first really ought to have flown beyond Alnwick again, bundling over Sam Greenwood’s cross from inside the six-yard box. 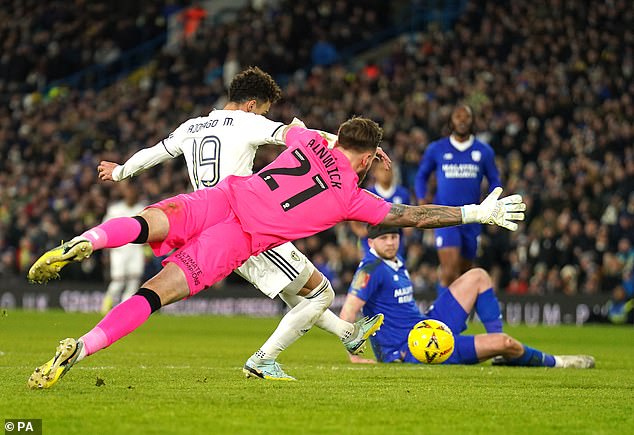 Gnonto then forced the Cardiff goalkeeper into tipping an effort past the post as Leeds broke at pace in a way that will have buoyed Marsch, while Joel Bagan scampered back to divert Greenwood’s shot off the line from Gnonto’s square ball.

Leeds were up and doubled their lead 11 minutes before the break. Jack Harrison pulled the strings off the left and cut through Cardiff with one pass. The Championship side could not cope with transitions and only watched as Harrison found Rodrigo. The Spain international sat Alnwick down and rolled into the opposite corner.

And the thing for Leeds to hold onto here was a relentlessness, continuing to pick Cardiff off to stretch the game. Harrison progressed through the middle third and the Welsh side furiously backpedalled. Gnonto was away, fiercely hitting early to catch Alnwick cold at his near post after 37 minutes. 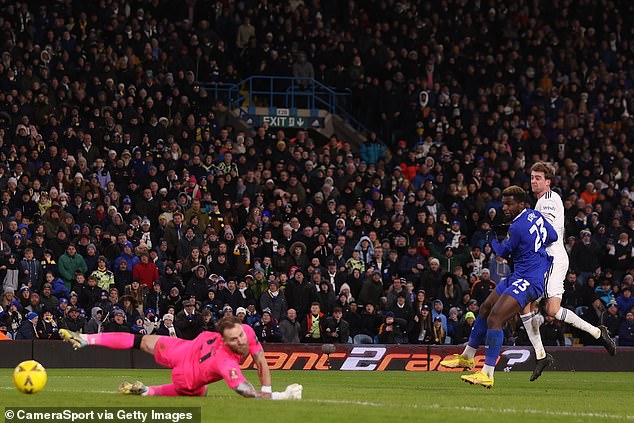 Poor Dean Whitehead, Cardiff’s interim coach, could only stare into the distance. Whitehead barely moved six minutes later when they seemed to get one back – Curtis Nelson nodding in from a corner, only for VAR to intervene and rule that Andy Rinomhota, vaguely stood in Illan Meslier’s line of sight, was offside. But who knows that law anymore?

Gnonto was later withdrawn, afforded time to milk the applause. Bamford had his moments too, scoring for the second consecutive game since a lengthy injury when precisely side-footing home a long through ball when the visitors had stepped up too high. The second came soon after, cleverly poking in with no back lift.

Callum Robinson’s late consolation barely registered, although the way in which Leeds then conceded an even later penalty for a daft handball – also dispatched by Robinson – took some shine off the night.