An attorney for the founder of Project Veritas has accused the Department of Justice of tipping off the New York Times about recent raids on current and former employees, while suggesting federal prosecutors may have also leaked the group’s legal communications.

Project Veritas, the conservative activist group founded by James O’Keefe, has come under federal scrutiny in relation to the alleged theft of the diary of President Joe Biden’s daughter Ashley, which the group considered publishing but never did.

The FBI conducted raids at O’Keefe’s New York home and those of others connected to Project Veritas early Saturday morning, seizing two of O’Keefe’s cell phones, among other items.

Days later, on Thursday, the New York Times published a report based on memos from the group’s lawyer, revealing his legal advice on the group’s use of false identities and undercover filming, tactics that are eschewed by most modern journalists.

Later that day, a federal judge ordered the DOJ to stop extracting data from the phones, grating a request from O’Keefe’s legal team made the day before for an independent party to be appointed to oversee the review of the confiscated devices.

O’Keefe’s attorney Harmeet Dhillon in an interview on Thursday night slammed the Times’ report as a ‘hit piece’ and questioned whether the DOJ had leaked the legal memos to the Times, an extraordinary and possibly illegal step.

‘I can’t say how the New York Times got this information, but they got it in a way that is illegal and unethical,’ Dhillon told Fox News. 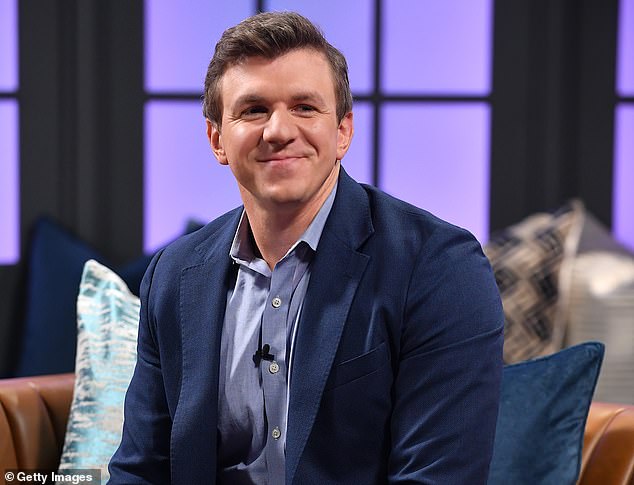 The FBI conducted raids at O’Keefe’s New York home and those of others connected to Project Veritas, seizing O’Keefe’s cell phone among other items

‘We have a disturbing situation of the US Attorney’s office or the FBI tipping off the New York Times to each of the raids on Project Veritas current and former employees,’ Dhillon said.

‘We know that because minutes after these raids occurred they got calls from the New York Times which was the only journalism outlet that knew about it. And they published this hit piece today, which is really despicable. I don’t think I’ve ever seen this low from the New York Times before, to publish people’s private legal communications,’ she added.

‘This is a scandal of epic proportions. Every journalist who is not worried about this should hang up their journalism card, and all First Amendment lawyers as well,’ said Dhillon.

Dhillon also hailed District Court Judge Analisa Torres for her Thursday ruling, calling it a ‘temporary victory’ amid the federal bodies’ alleged misconduct – but added that her team was a long way off from holding the FBI and DOJ accountable for the alleged leak. 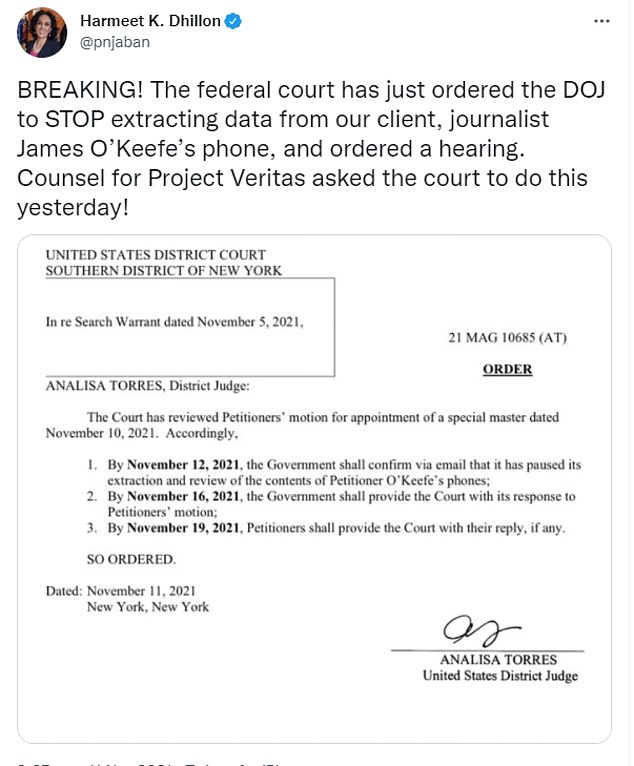 Dhillon hailed District Court Judge Analisa Torres for her ruling Thursday that halted the DOJ’s review of two iPhones confiscated from her client, calling it a ‘temporary victory’ – but added that her team was a long way off from holding the FBI and DOJ accountable for the alleged leak

‘We are gratified that the Department of Justice has been ordered to stop extracting and reviewing confidential and privileged information obtained in their raids of our reporters, including legal, donor, and confidential source communications.

‘The First Amendment won a temporary victory today, but Project Veritas has a long way to go to hold the DOJ and FBI accountable for their actions.’

‘We went to the court and asked the court to order a special master to review this information and not let the Southern District of New York prosecutors and the FBI look at it without somebody separating out this information.’ Dhillon told Tucker Carlson.

‘The government would not agree to do that voluntarily but we went to court and today a federal judge did order the government to stop looking at these phones. So ultimately, we’re going to get some answers as to what was reviewed and what they did with it.’

The attorney went on to say that the justice department broke the law with the probe into her client, ignoring their own set regulations, and called federal agents’ actions ‘thuggish.’

‘The DOJ has specific regulations about this. There’s also a federal statute called the Privacy Protection Act that protects journalists and their information from exactly this type of thuggish behavior that the DOJ has done in this case.

‘They have blown federal law, they blown the Constitution, they blown due process and civil rights and now they’re so easily communicating in some level for sure with the New York Times,’ Dhillon added.

According to the order, the DOJ must prove to the court by Friday that it has halted its review of O’Keefe’s two iPhones, with the devices not to be touched until an independent party, referred to as a ‘special master’  in the document, is appointed to look through them.

A ‘special master’ is a legal term for a person appointed by a court to carry out an action on its behalf.

The DOJ did not immediately respond to an inquiry from DailyMail.com outside of business hours on Friday.

In one case, he consulted on a plan to use Tinder to ‘meet prospective agents of the ‘Deep State’ or those with national security clearances’ and advised against attempting to obtain or publish any information related to national security. 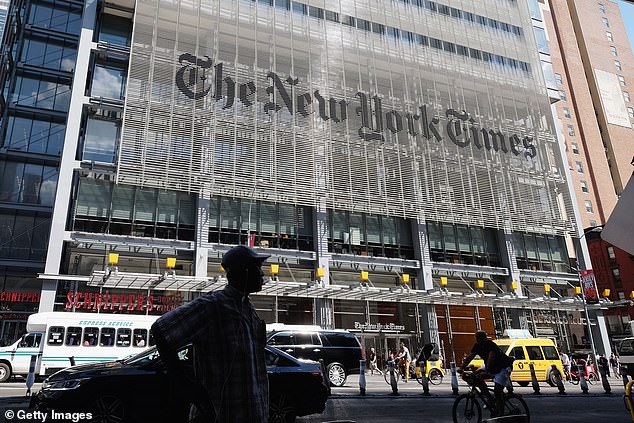 On Thursday, the New York Times published a report based on memos from the lawyer advising Project Veritas, revealing his legal advice to the group

In another, he warned that attempting to use a false identity to enter campaign events where the Secret Service vets attendees could result in federal charges of lying to a government agent.

The Times has its own longstanding feud with Project Veritas, after the conservative group published a series of undercover tapes of Times employees in 2017.

The conservative group describes itself as a journalism outlet dedicated to setting the record straight amid widespread liberal media bias, but critics say that its hidden camera tactics and selective editing are beyond the pale.

On Saturday, the FBI raided O’Keefe’s home as part of its investigation into Ashley Biden’s stolen diary.

Project Veritas did not publish the diary, but the group says it did discuss it with sources in the waning days of the 2020 election.

Portions of the diary were published by another conservative outlet, which said they were provided by a frustrated employee of a media outlet that passed on them. 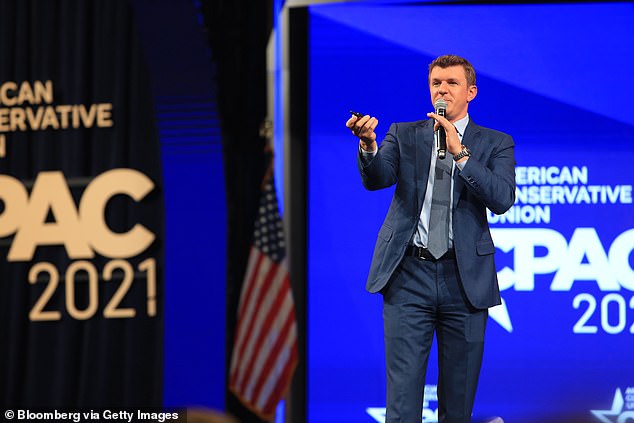 On Saturday, the FBI raided O’Keefe’s home as part of its investigation into Ashley Biden’s stolen diary 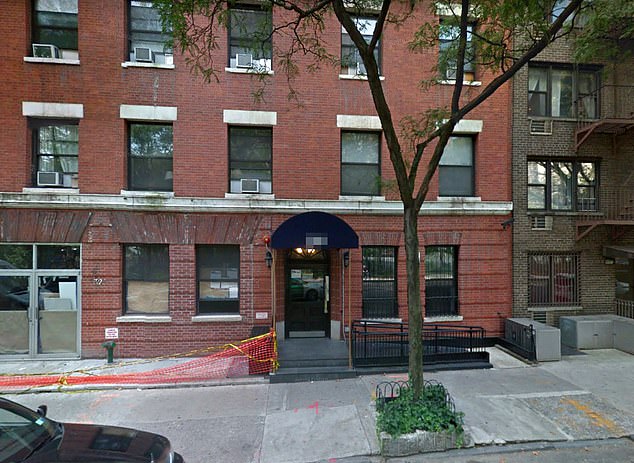 The mainstream media and other conservative outlets largely ignored the publication of the diary, which was highly personal.

Authorities raided O’Keefe’s Westchester County residence in Mamaroneck just a day after O’Keefe himself acknowledged Project Veritas was being probed.

‘I woke up to a pre-dawn raid, banging on my door. I went to my door to answer the door and there were ten FBI agents with a battering ram, white blinding lights, they turned me around, handcuffed me and threw me against the hallway,’ he told Fox News.

‘They confiscated my phone. They raided my apartment. On my phone were many of my reporters’ notes. A lot of my sources unrelated to this story and a lot of confidential donor information to our news organization.’

‘I’ve heard ”the process is the punishment.” I didn’t really understand what that meant until this weekend. I wouldn’t wish this on any journalist,’ O’Keefe said.