Nicole Shanahan’s lawyer has come out swinging and denied his client had an affair with Elon Musk.

‘Make no mistake, any suggestion that Nicole had an affair with Elon Musk is not only an outright lie but also defamatory,’ attorney Bryan Freedman told DailyMail.com in an exclusive statement.

On Sunday the Wall Street Journal claimed Musk slept with Sergey Brin’s wife Nicole Shanahan, 33, that served as a catalyst for their divorce.

Musk, 51, then tweeted a photo of himself partying with Brin, 48, in an effort to disprove the newspaper’s bombshell claim.

Divorce negotiations between Shanahan and Brin are ongoing. 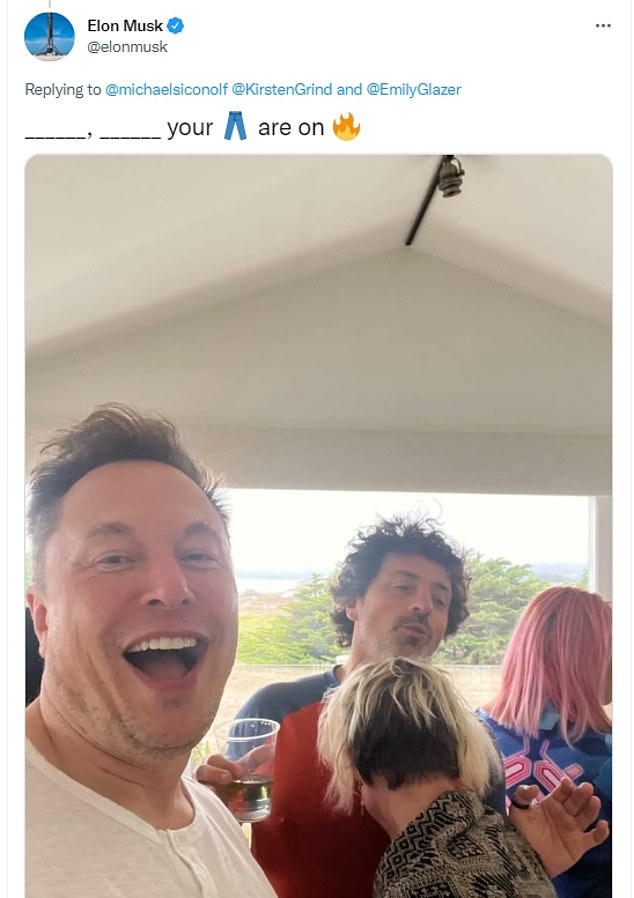 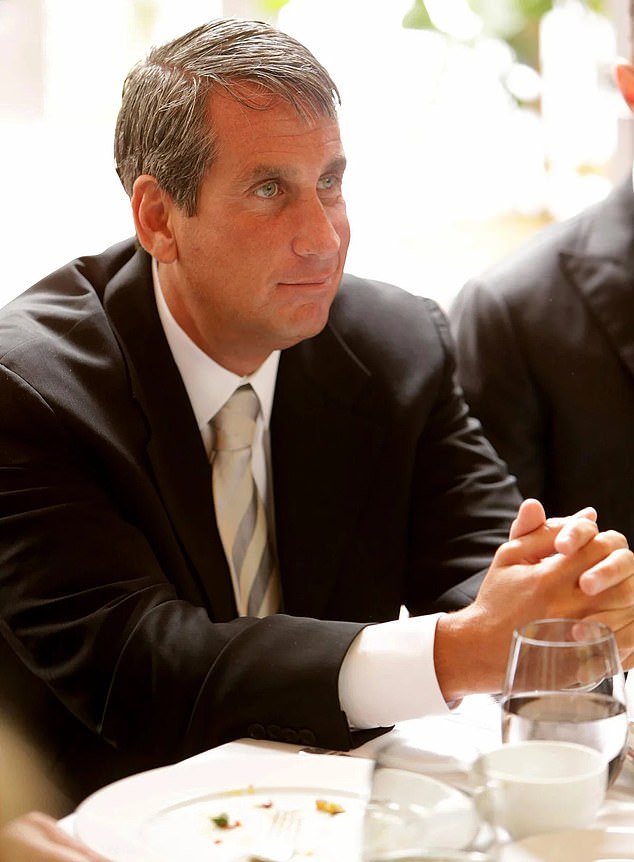 Attorney Bryan Freedman told DailyMail.com in an exclusive statement, ‘Make no mistake, any suggestion that Nicole had an affair with Elon Musk is not only an outright lie but also defamatory’

Musk continued to show his aggravation with The Wall Street Journal’s investigations editor on Monday, tweeting that he’s trying to avoid the ‘supernova’ level of attention on him in the wake of rumors he slept with the co-founder of Google’s wife.

He tweeted a photo of himself partying with Sergey Brin on Sunday in an effort to disprove the newspaper’s bombshell claim that he slept with Brin’s wife, Nicole, and that it served as a catalyst for their divorce.

Replying to Investigations Editor Michael Siconolfi, Musk shared the photo and long with pants and fire emojis in a playful reference to the childish saying ‘liar, liar, pants on fire.’

Shanahan is a Stanford-educated lawyer who works at the firm Bio-Echa, an investment firm that pours money into projects like bolstering ‘reproductive longevity.’ 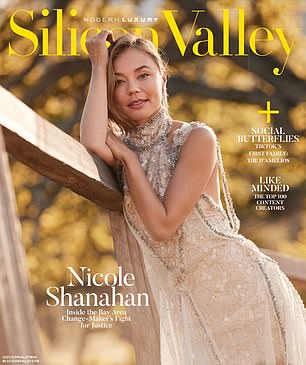 Nicole Shanahan’s lawyer has come out swinging and denied his client had an affair with Elon Musk. Nicole is seen in the June 2021 issue of Silicon Valley magazine

The billionaire Tesla CEO continued to bemoan the coverage Monday evening, tweeting: ‘The amount of attention on me has gone supernova, which super sucks. Unfortunately, even trivial articles about me generate a lot of clicks.’

‘Will try my best to be heads down focused on doing useful things for civilization,’ he added.

The Wall Street Journal said it was standing by its story, which claims Musk and Shanahan were romantically involved at Art Basel in December last year, and that it not only chilled Musk’s friendship with Sergey, but served as the catalyst for their divorce.

‘We are confident in our sourcing, and we stand by our reporting,’ a spokesman for the newspaper told DailyMail.com.

Musk’s photo shows him standing with Sergey and two other women. It’s unclear where exactly it was taken – Musk was last seen in Mykonos last week – but his jet flew from Austin, where he lives, to San Jose on Saturday. It flew back to Austin on Sunday, landing at 11 p.m. 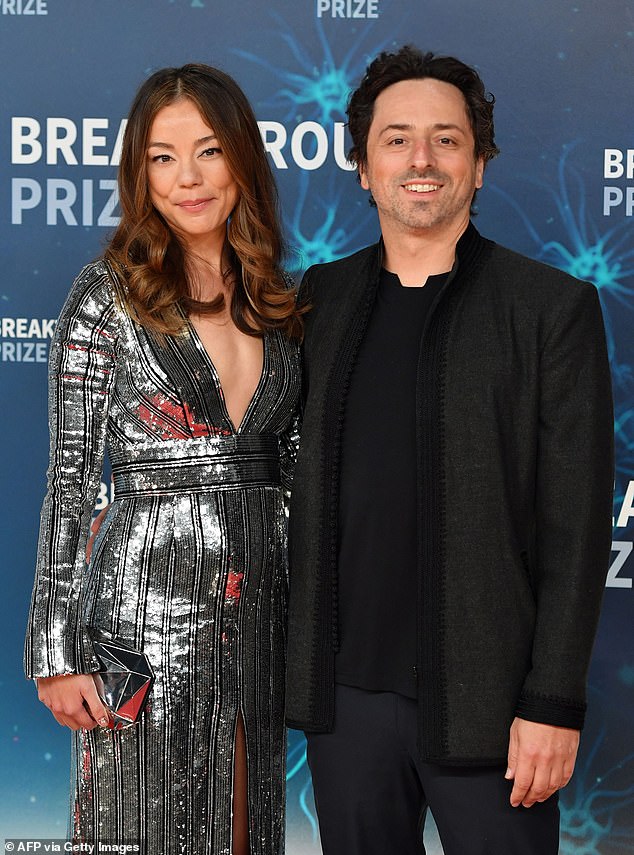 Musk, 51, earlier Monday tweeted a photo of himself partying with Sergey Brin (pictured right) on Sunday in an effort to disprove the newspaper’s bombshell claim he slept with Brin’s wife, Nicole (pictured left), and that it was the catalyst for their divorce

Earlier, he had denied the entire Journal report, which claimed he slept with Shanahan at Art Basel in Miami last December.

We are confident in our sourcing, and we stand by our reporting’

Google founder Brin filed for divorce in January, citing irreconcilable differences as the reason for their split.

Brin has not yet commented on the Journal’s claims.

Musk has, however, been on a Twitter frenzy, accusing the newspaper – which is owned by Rupert Murdoch’s News Corp – of launching ‘hit pieces’ against him all year.

‘WSJ should be running stories that actually matter to their readers and have solid factual basis, not third-party random hearsay.

The character assassination attacks have reached a new level this year, but the articles are all nothing-burgers. I work crazy hours, so there just isn’t much time for shenanigans. 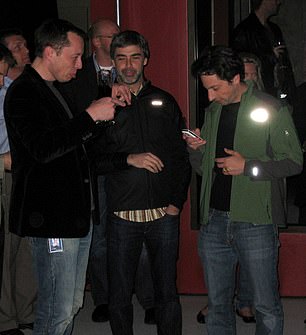 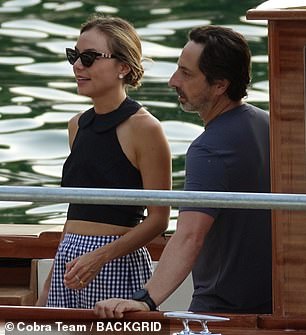 Musk with Brin (far right) in the early 2000s. The Wall Street Journal claimed the ‘affair’ brought an abrupt end to the Brins’ marriage 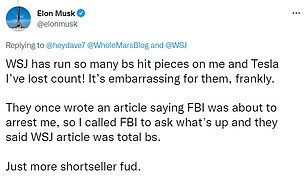 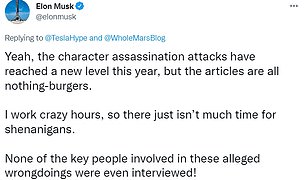 Musk denied The Wall Street Journal’s report, calling it ‘more shortseller fud’. The billionaire claimed the newspaper had been running ‘hit pieces’ and ‘character assassinations’ on him all year

Shanahan works for the firm Bia-Echo, an investment firm whose interests include ‘reproductive longevity and equality’

‘None of the key people involved in these alleged wrongdoings were even interviewed!’

‘The real problem here is that Michael Siconolfi has zero journalistic integrity.’

The article also claimed that Brin was selling off all of his interests in Musk’s companies.

The pair have been friends for years, with Brin giving Musk $500,000 in 2008 to help him fund Tesla at the peak of the Global Financial Crash.

He also lent Musk the Google Party Plane for the Tesla CEO’s wedding to actress Talulah Riley in 2010.

Sergey and Nicole were married for four years before he filed for divorce in January. He is the eighth richest man in the world with a net worth of $95billion.

Brin is said to own multiple interests in Musk’s many businesses, all of which he has ordered his aides to sell.

When the divorce proceedings were launched in January, Nicole told Puck: ‘I hope for Sergey and I to move forward with dignity, honesty and harmony for the sake of our child. And we are both working towards that.’ 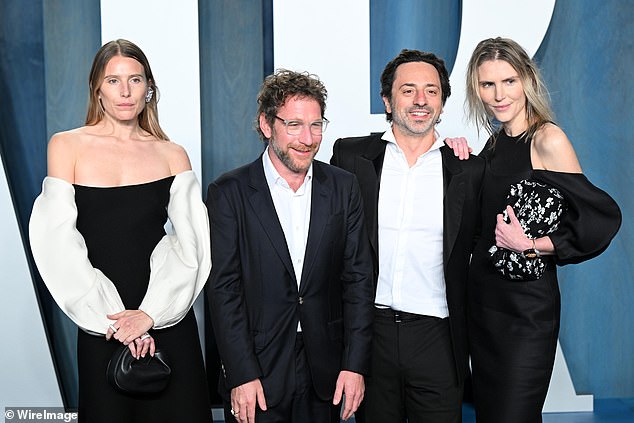 Brin is shown in March this year, three months after filing for divorce, looking cozy on the red carpet with an unidentified blonde at the Vanity Fair Oscars party