Alan Hashem was the first to raise the alarm on social media when three-year-old AJ disappeared from his family home in Putty, 150km northwest of Sydney, last Friday.

The toddler was miraculously found alive just 500m from where he was last seen four days later – after spending three nights in the icy cold, wet wilderness.

Mr Hashem used his far-reaching anti-vaccine community to spread the message –  with some of his friends travelling from locked-down Sydney to help in the search.

He has since deleted his Facebook page and any reference to AJ’s disappearance, sparking concerns among some who are convinced there is more to the story. 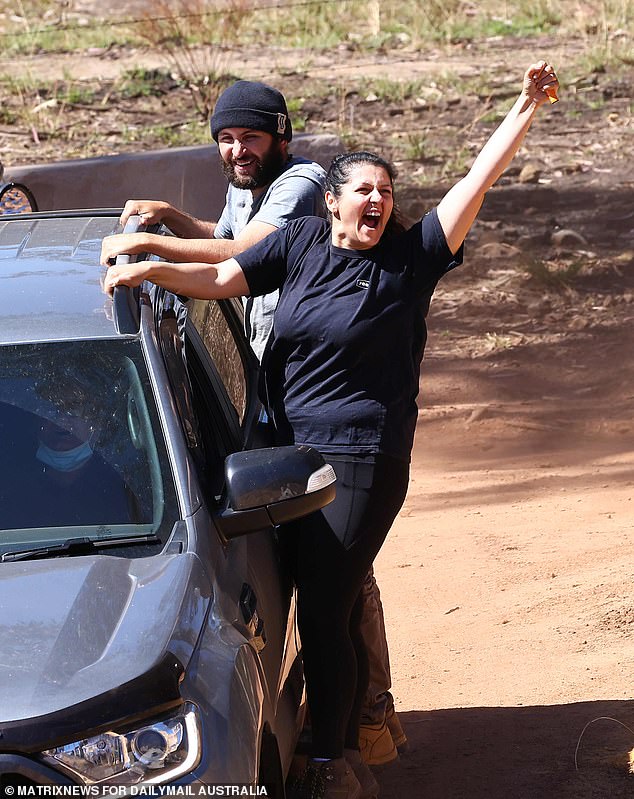 Celebrations were underway from about 1pm on Monday – an hour after word spread that AJ had been found alive. Pictured: Alan Hashem riding up to the home on the side of a car

An Instagram page linked to Mr Hashem, who is the founder of the Our Voices Matter movement which is against Covid vaccination, has been a driving force in the Supreme Court motion against mandatory jabs in NSW.

A directions hearing took place last week and was livestreamed on YouTube, with 50,000 people tuning in, hoping to get some clarity about vaccine mandates.

AFL Lawyers, who have brought the motion before the courts, hope to challenge ‘the legality and constitutionality of the NSW Government’s Public Health Orders in response to the Covid-19 pandemic, which are impacting millions,’ a statement reads.

‘We say Minister [Brad] Hazzard and Dr [Kerry] Chant have exceeded their delegated powers by civilly conscripting workers to take a vaccine.’ 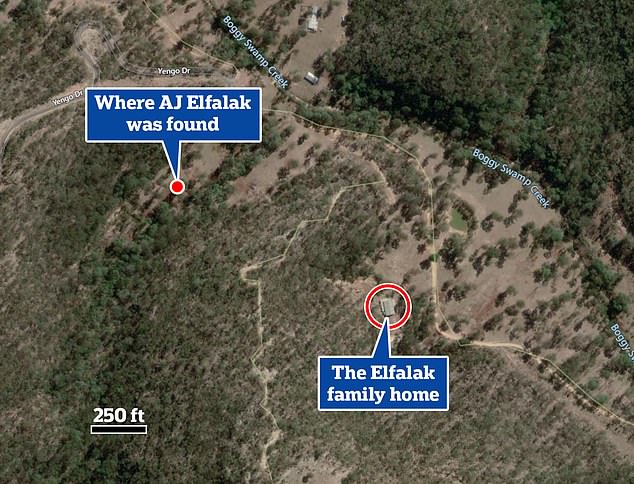 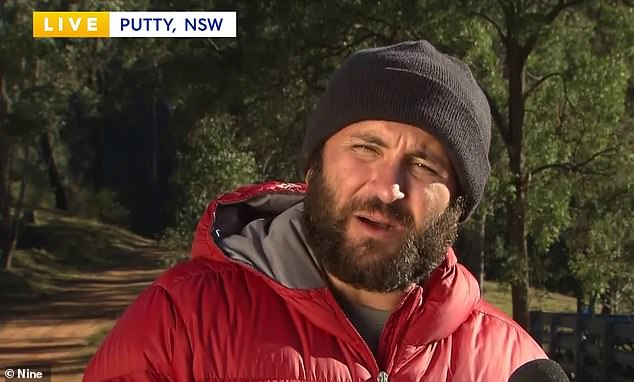 In essence, they want to ensure employees can turn up to work without getting the jab.

Some industries have mandated the jab to get back to work in NSW following a widespread outbreak which has infected more than 40,000 people since June.

AFL Lawyers argues this effectively ‘strips citizens of their basic human rights, including their right to work’.

Mr Hashem has been vocal in his support of the motion to his thousands of followers, adding that he is ‘extremely encouraged that Australians are standing up for their freedoms’. 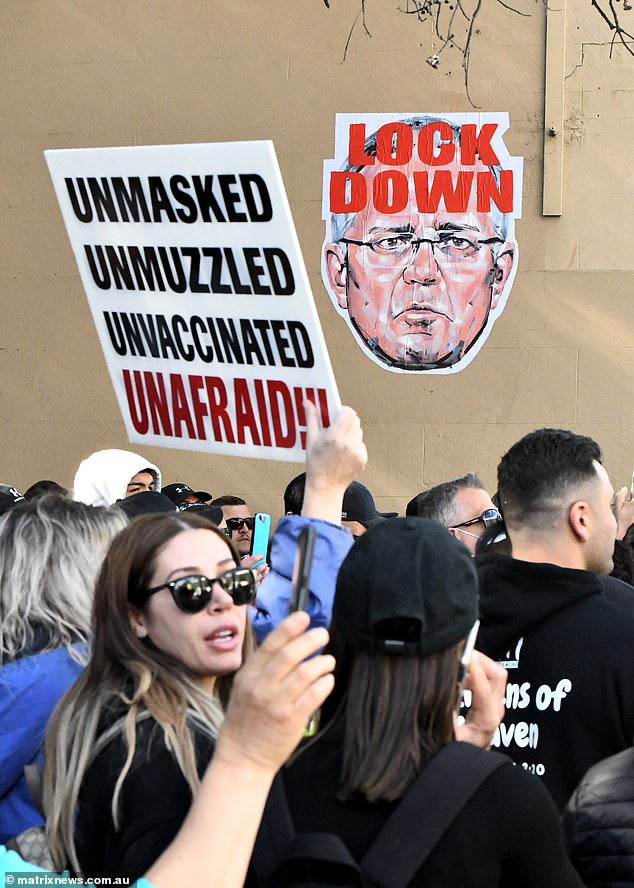 He’s urged his supporters to donate to a fundraiser supporting the court case.

A minister’s right to make orders under the Public Health Act will likely be a central feature of the case when it next returns to court.

It is understood the state hopes to have the matter dismissed.

The court heard that the minister’s ability to make the orders under the Public Health Act would be a central feature of all three cases.

Mr Hashem insists he is not part of an ‘anti-vax’ movement, and instead is a ‘freedom movement about transparency and the right of choice’.

The radio silence since little AJ was found safe and well has not gone unnoticed by his followers, some of whom questioned why he would delete his Facebook profile.

There are still questions about the missing CCTV footage from the time AJ disappeared.

Mr Hashem was concerned that security footage  that would have captured what happened to AJ had allegedly been wiped from his monitoring system. 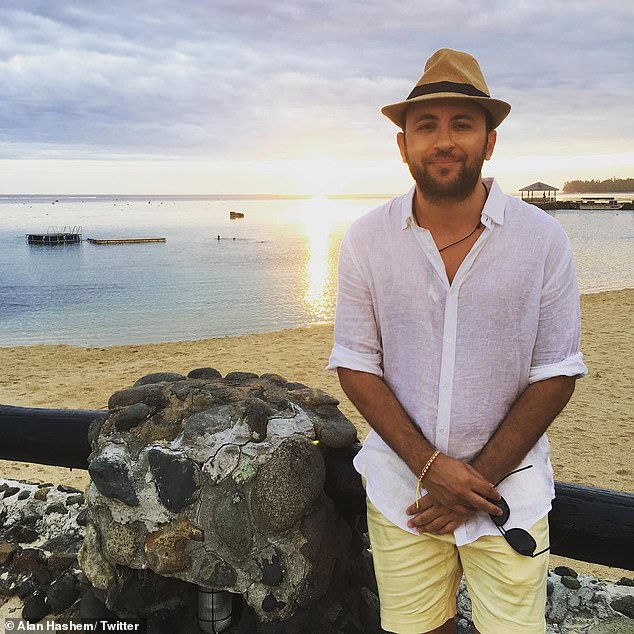 Mr Hashem insists he is not part of an ‘anti-vax’ movement, and instead is a ‘freedom movement about transparency and the right of choice’ 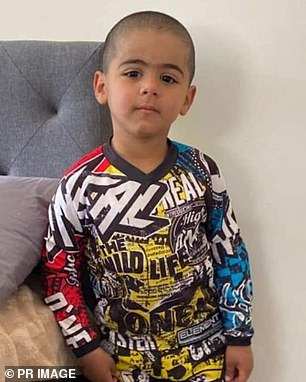 At the time, he indicated someone had ‘a lot of explaining to do’ and was standing firm in his belief that little AJ had been abducted.

‘How did he leave, who did he leave with? Did anything sinister happen? These are questions that need to still be answered and we will not stop until we actually find the truth,’ he said last Monday, the day AJ was found.

The question on the lips of many, including locals who assisted in the search, is why the CCTV was installed in such a remote area in the first place.

Many have argued that the home, which was sold to AJ’s mother Kelly and two of her associates, Michael and Katia Mallouhi, for just $30,000 in 2016, doubles as the ‘headquarters’ of Mr Hashem’s anti-vax group.

It is not clear why her husband Anthony is not on the deed for the home. 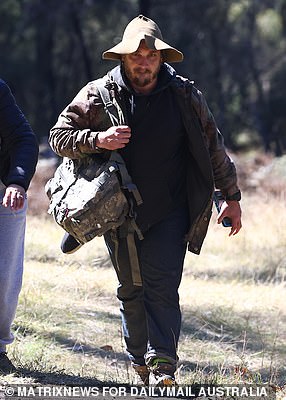 AJ Elfalak’s family is relying on the opinion of a professional bush tracker to help them understand how the toddler spent three nights alone in the unforgiving terrain behind their home.

Jake Cassar has been at the family home in Putty, 150km northwest of Sydney in the Upper Hunter Valley, since Saturday, volunteering his expertise to help track AJ.

He told Daily Mail Australia last Tuesday he couldn’t rule out that the three-year-old was abducted, and said his job was to consider all possible scenarios.

‘The way I see it, if you’ve got two feet and a heartbeat anything is possible. Doesn’t matter if you’re a 97-year-old woman or a three-year-old boy.’

He also said the property was dotted with caves, including one that looked as though someone had been staying in it.

‘It’s hard to tell, because it’s really soft sand, but it looked like the sand had been dragged out, and you can see what looked like knee marks and maybe some fabric marks in the sand, too,’ he explained.

He said the were tracks leading to a wombat hole that he believes were likely left by AJ.

Mr Cassar queried whether AJ had in fact travelled further from the home and somehow looped back to where he was found, which is just 500m from his family home and was explored extensively in the days he was missing.

The professional tracker remained close to the family since arriving and was spotted in khaki clothing on Tuesday to head into the ditch where AJ was spotted.

He said he planned to head down with his search party and explore the area to find any potential paths that AJ might have taken. 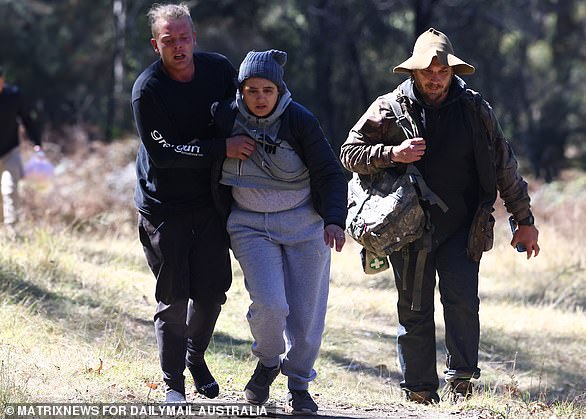 Mr Cassar told Daily Mail Australia on Tuesday he couldn’t rule out that the three-year-old was abducted, and said his job was to consider all possible scenarios. ‘I’m here to keep an open mind,’ he said. Mr Cassar (right) is pictured with AJ’s mother Kelly

The entrance into the creek is so steep even most adults would struggle to clamber down.

Photographs taken by Daily Mail Australia at the base illustrate just how rocky and unstable the terrain is.

AJ was found sitting in a shallow, muddy creek at the base of what appeared to be a barely visible path, but the question remains as to how he made it down such a steep track safely.

Mr Cassar explained it was very possible that, even with hundreds of volunteers, little AJ avoided detection while in the bush.

He said search parties tended to stay in straight lines and follow a near perfect trajectory from point A to point B, whereas somebody who is lost intuitively does the opposite.

‘When we’re lost, we almost always walk at a slight curve to the right or left, therefore it’s easy to travel in directions that might be missed by search parties,’ Mr Cassar said.

He hoped to provide the family some further guidance as to whether AJ likely wandered off on his own or was abducted, which is what the family initially believed.

A relative who said he lived at the home with the Elfalaks jumped in to say the family was performing ‘their own investigation’.

‘We’d like to think the police are still investigating, but they’re not here are they,’ the man said.