EXPRESS INFORMER > Science & Technology > Laughing gas in space could be a sign of aliens, scientists say

Astrobiologists believe the presence of laughing gas in a distant planet’s atmosphere could indicate life.

Nitrous oxide is a greenhouse gas emitted by plants, making it a biosignature, or a compound in the atmosphere generated by a living thing.

Oxygen, which is produced by photosynthesis, and methane, which results from the decay of organic material, have been touted as the most promising biosignatures for life on exoplanets, or planets outside the Solar System.

But astrobiologists at the University of California, Riverside (UCR) believe the scientific community has largely overlooked the party drug as an indicator of life.

Dr Eddie Schwieterman, an astrobiologist in UCR’s Department of Earth and Planetary Sciences said: ‘Fewer researchers have seriously considered nitrous oxide, but we think that may be a mistake.’

Nitrous oxide is a sedative and pain reliever commonly associated with a dentist’s office.

It is also abused as a party drug – often via small cannisters called ‘whippets’. It is also known as laughing gas, or simply nitrous.

The team led by Dr Schwieterman came to their conclusion after calculating how much nitrous oxide living things on a planet resembling Earth could produce.

Then, they constructed models simulating the other planet around different stars, which showed the amounts of laughing gas that could be detected on these rocky, Earth-like exoplanets by an observatory such as the James Webb Space Telescope.

Their findings were published last week in The Astrophysical Journal.

University of California Riverside scientists believe nitrous oxide in the atmosphere could offer clues about life on planets outside of the solar system. 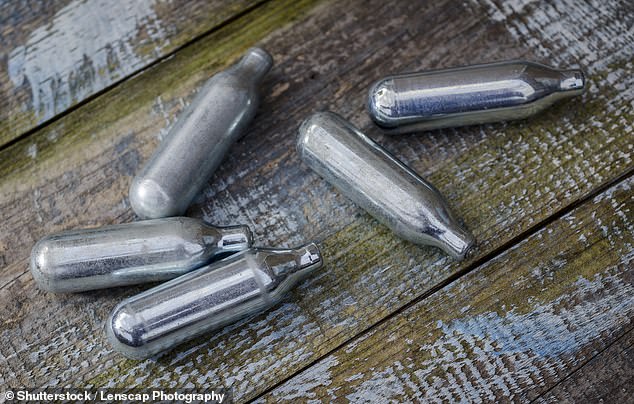 Nitrous oxide, or laughing gas, is a popular party drug. N2O is emitted by living organisms like oxygen and methane, which are considered indicative of extraterrestrial life. 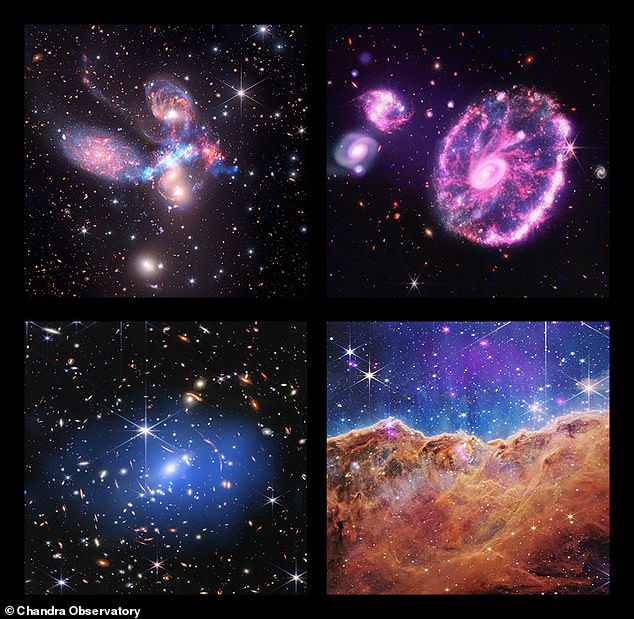 The Webb telescope, which will continue studying the potential presence of life on exoplanets, is capturing some of the first light emitted after the big bang.

Living things are constantly transforming other nitrogen compounds into nitrous oxide and its presence in another planet’s atmosphere would insinuate life.

‘In a star system like TRAPPIST-1, the nearest and best system to observe the atmosphere of rocky planets, you could potentially detect nitrous oxide at levels comparable to CO2 or methane,’ Dr Schwieterman said.

Nitrous oxide has not been granted as much attention as a potential biosignature as other atmospheric compounds.

The UC Riverside scientists hope their report will garner attention from the wider scientific community.

There are certain circumstances under which the presence of nitrous oxide would not indicate life, and the UC Riverside team accounted for that in the modeling.

What can laughing gas tell us about space?

Astrobiologists at UC Riverside believe the compound found in Earth’s atmosphere could indicate life on planets outside of our solar system.

Like other biosignatures (any characteristic that can be used as evidence for life) oxygen and methane, N2O is naturally derived

They expect that the James Webb Telescope, the most powerful one ever built, will expand their study into N2O as an indicator for life outside our solar system

For example, a small amount of nitrous oxide can be generated by lightning, which the modelers considered.

Scientists who have considered nitrous oxide as a biosignature have often concluded that it would be too difficult to detect from such a great distance.

They based that conclusion on how much nitrous oxide is in the Earth’s atmosphere today.

The atmosphere has a very small concentration of nitrous oxide despite the billions of living organisms here that produce it, leading skeptical scientists to believe it would be too difficult to measure.

But according to Dr Schwieterman, that conclusion ignores the fact that there was a time in Earth’s history ‘where ocean conditions would have allowed for much greater biological release of [nitrous oxide].’

He added: ‘Conditions in those periods might mirror where an exoplanet is today.’

The James Webb Telescope, the most powerful one ever built, began surveilling planets that orbit other stars over the summer.

It was dreamed up by scientists as a tool primarily to capture some of the first light in the universe emitted shortly after the big bang.

Astronomers hoped at the outset that it would answer whether some of those exoplanets harbor atmospheres that could support life.