Latrell Mitchell remains confident he can make New South Wales’ State of Origin team, despite being ruled out for almost two months with a hamstring injury.

The star fullback will be out of action for approximately eight weeks, a prognosis which would put him out of the picture for the interstate series, which begins on June 8 in Sydney.

The Rabbitohs star, however, is adamant he can return to action within six weeks and prove his fitness to the New South Wales selectors.

‘I’m trying to do everything possible to get back and get two weeks under my belt before selection – and it’s up the big fella [coach Brad Fittler] if I’m ready,’ Mitchell told Nine ahead of South Sydney’s Good Friday clash against Canterbury.

Despite the frustration stemming from being injured just five rounds into the season, the two-time premiership winner was philosophical about the setback and said he would use his time on the sideline to mentor young Rabbitohs halfback Blake Taaffe.

‘I’ve done everything right up until now, but things happen for a reason,’ he continued. 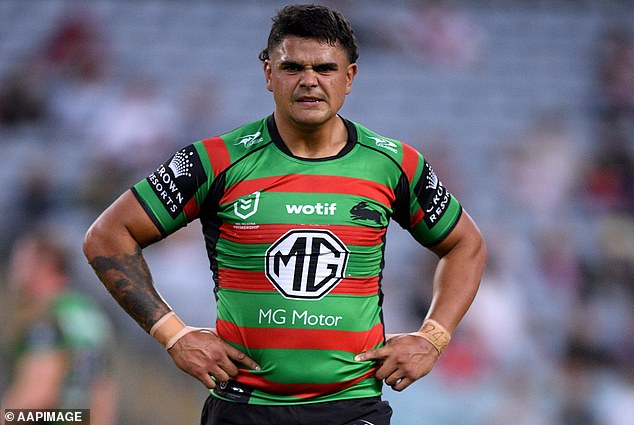 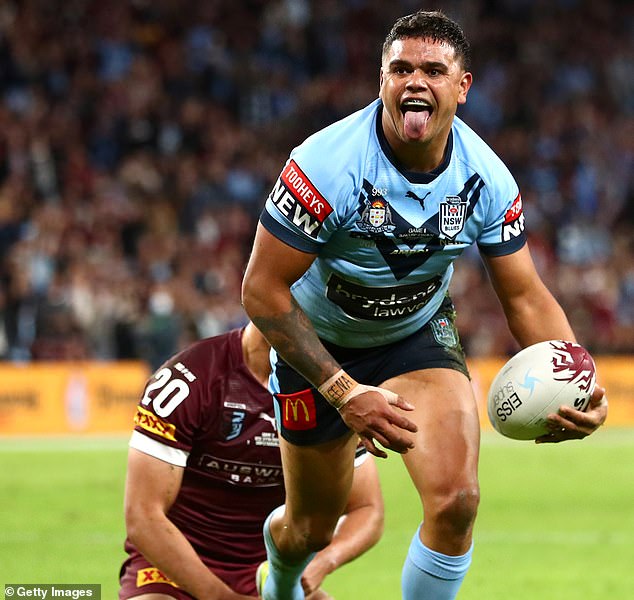 ‘Just a leadership role – get around him [Blake Taaffe], make sure he’s doing everything possible to get himself right and just get around the boys with a bit of energy – not sulking and kicking stones around.’

South Sydney shrugged off Mitchell’s absence against the Bulldogs, taking an 18-6 at halftime courtesy of a brace from Damien Cook and a try from Alex Johnston.

Taaffe was perfect from the kicking tee, converting all three attempts.