By Francesca Washtell City Correspondent For The Daily Mail

Firms listed on the FTSE 100 and FTSE 250 indexes that had no women on their executive committees missed out on £47billion last year, according to gender diversity consultancy The Pipeline.

Its research also found that 15 per cent of major companies had no women in any of their top roles.

The calculations used a measure called net profit margin which estimates how much each pound of revenue translates into profit. Companies with no women on their highest committees had a net profit margin of 1.5 per cent.

But those who had women in 33 to 50 per cent of the top roles had an increased net profit margin of 15.2 per cent. If all companies had the same higher profit margins in the 12 months to April this year, they would have made an extra £47billion in profit.

Former prime minister Theresa May said: ‘Whenever data reveals a disparity of outcome between groups, the challenge to those in power should be to explain it or change it.

‘There can be no good explanation for the massive underrepresentation of women at the top of British business, so it must change.’

She added: ‘Every single male CEO who looks around his boardroom table to see nine out of ten male faces staring back at him needs to ask himself what he is doing to make his business one in which his daughter or granddaughter can get on in.’

During her time as prime minister, Mrs May introduced a legal requirement for all firms with more than 250 employees to report their gender pay gaps. 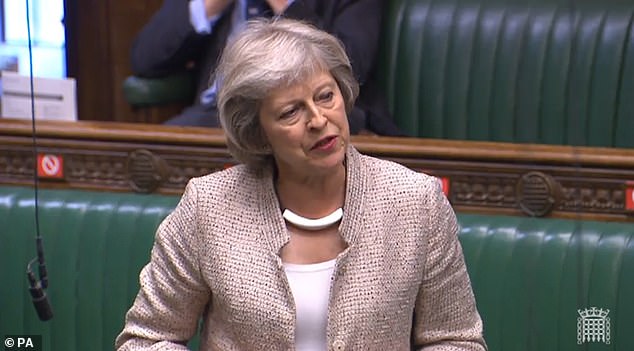 Executive committees are different to a company’s board of directors and members are usually in so-called ‘C-suite’ roles such as the chief executive officer and chief financial officer.

Gender diversity has become a hot topic in the City in recent years. But The Pipeline’s analysis suggests many firms could miss targets set by the Government-backed Hampton-Alexander Review. The review is pushing for women to make up at least a third of boards, executive committees and those reporting to the committee at FTSE 350 companies by the end of this year.

The Pipeline’s research also found that firms where women were in the most powerful roles tended to have more women at the top table.

FTSE 350 firms with a female boss had an average of one in three women on their executive committees. Overall, the percentage of women on top teams was 19.8 per cent – 2.7 per cent higher than last year.