A large fire has broken out at Drayton Manor theme park with several fire crews racing to the scene to tackle the flames.

Locals nearby have been told to close their doors and windows as crews from six nearby fire stations rushed to the theme park in Staffordshire on Tuesday night.

Staffordshire Fire and Rescue Service said crews were at the scene at around 11pm.

Crews arrived on the scene at around 11pm on Tuesday night, with locals living near the park told to keep their windows and doors closed

Drayton Manor tweeted earlier: ‘We can confirm that we currently have a number of fire crews on site at the park.

‘Since being made aware of the blaze, we have been in close contact with Staffordshire Fire and Rescue Service, who have advised us that the situation is now, thankfully, under control.

‘No one has been injured and all of the Park’s animals are safe. It is not yet safe for us to survey the damage.

‘For now, we echo the advice to local residents to keep doors and windows closed, and thank all those involved in the swift and effective response.’ 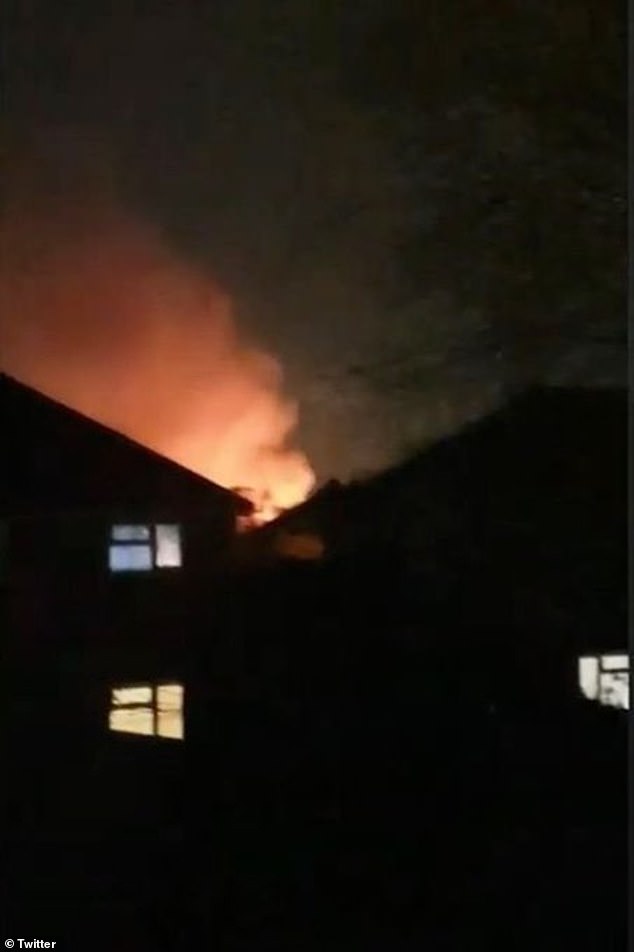 Drayton Manor confirmed there were no injuries in the fire, and that all of its animals on site were safe

Firefighters from Tamworth, Mercia, Chase Terrace, Burton on Trent, Cannock and Barton Under Needwood were all dealing with a large fire within the grounds, the local fire service confirmed.

The park is within the constituency of housing minister Christopher Pincher.

The senior MP tweeted tonight: ‘Hope all are safe and thank you for local crews for getting to the park quickly to tackle the fire.’