Landlords owning properties close to Elizabeth Line stations should benefit from rising house prices and rents over the coming years.

And despite fanfare over the line’s opening, a leading estate agent says prices in these areas have not yet peaked and it is not too late to buy and make a profit.

Property prices close to the new stations along the newly completed Crossrail service are set to outperform the local market over the next five years, research from Savills has suggested.

But according to analysis by Savills, many of the areas surrounding new Crossrail stations are not yet seeing price rises that outpace the wider area.

Savills analysis suggests that while the eagerly anticipated Elizabeth line has yet to have an impact on house prices around the new stations, more growth is set to come

In fact, only a third of stations along the Elizabeth line have seen a value uplift over the local market since its construction began in 2008.

Property values within 500 meters of West London crossrail stations have performed in line with the wider area (defined by Savills as places between 1-2 kilometers away) since construction started.

In the areas around East London stations, where there is a higher concentration of flats, values have actually grown 0.3 per cent per cent less each year than the wider area.

The expectation is that once full service starts on the line and connectivity steps up, a Crossrail premium will begin to emerge.

This is because past rail projects in the capital have shown house prices around new stations outperform the wider market, once they are completed.

Emerging market: Areas surrounding some new Crossrail stations have not been outperforming the wider area so far, according to Savills

Five years after the Jubilee line was extended from Green Park to Stratford, for example, areas around the new stations saw prices increase by an average of 7.3 per cent more than the wider market, according to Savills.

And in the five years after the North London line was upgraded, becoming part of the London Overground, areas around stations saw an average of 5.7 per cent annual uplift.

According to Savills, this suggests we could see a Crossrail effect boost house price growth now that the Elizabeth line is finally officially open with speedy connectivity now a reality. 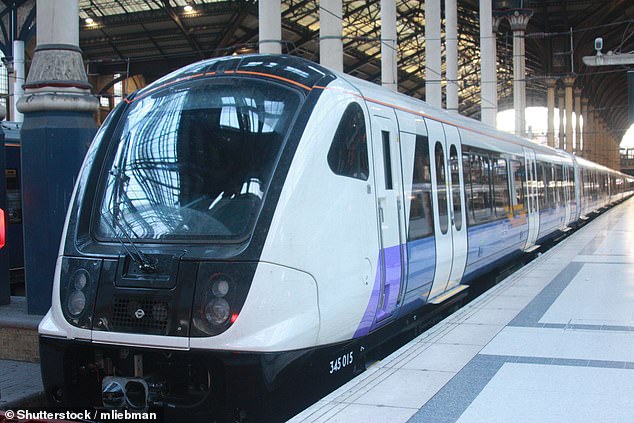 The Elizabeth line is initially operating as three separate railways, but services from Reading, Heathrow and Shenfield will connect with the central tunnels from autumn this year

Lawrence Bowles, director of research at Savills said: ‘There has been much speculation about regeneration and value growth along the Crossrail line, particularly as the project has faced numerous delays.

‘We can expect to see a Crossrail boost to price growth now that the line is finally open and connectively has become a reality for many, meaning that there is still a small window of opportunity to invest along the line. 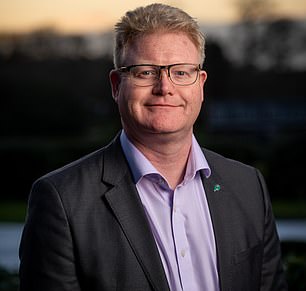 ‘Journey times have been transformed, enabling previously isolated parts of west and east London to travel directly into key employment centres such as the City and the West End.

‘In the homes around more central stations will see less direct impact from Crossrail, as they are already very well connected.

‘However, they will reap the benefits of a more diverse influx of people, which can help support higher quality retail and employment opportunities.’

Nathan Emerson, chief executive of industry body, Propertymark added: ‘Providing private rented homes is not as viable as it once was, however, seasoned investors are more likely to follow large infrastructure developments knowing that the area will continue to see further investment and growth.

‘Growth in both sales and rental prices come after a project like the Elizabeth line is completed and will be based on the desirability of the area due to the convenience being offered, which remains yet to be seen.’

What about rental returns?

A buy-to-let investment within a Crossrail postcode will typically return a yield of 3.7 per cent, according to research by mortgage brokerage, Revolution Brokers, and increase of 3.4 per cent on a year ago. 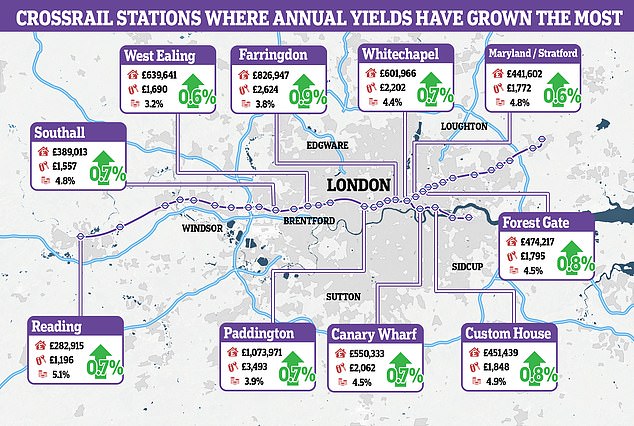 New research has revealed which Crossrail stations currently make the best investments for buy-to-let landlords, based on the average rental yield available in each station postcode

Reading’s RG1 postcode currently ranks as the strongest area for a Crossrail buy-to-let investment, according to the research, offering an annual yield of 5.1 per cent.

At the other end of the spectrum, the average yield is currently just 1.9 per cent in the W1 postcode, home to the Tottenham Court Road and Bond Street Crossrail stations.

It’s worth noting that East London is home to some of the strongest yields available along the Elizabeth line, according to the research.

The E16 postcode, home to the Custom House Crossrail station, offers a typical rental yield of 4.9 per cent, whilst a little further down the line, the E15 postcode, home to both the Maryland and Stratford stations, yields an average of 4.8 per cent.

Southall also boasts a current average rental yield of 4.8 per cent, while Forest Gate and Canary Wharf both offer annual yields of 4.5 per cent.

Rental yields have also improved year-on-year along the Elizabeth line, according to the research.

On average rental yields near Crossrail stations have increased by 0.3 per cent over the past 12 months.

This suggests strong rental demand and a desire from tenants to live near to the new rail network. 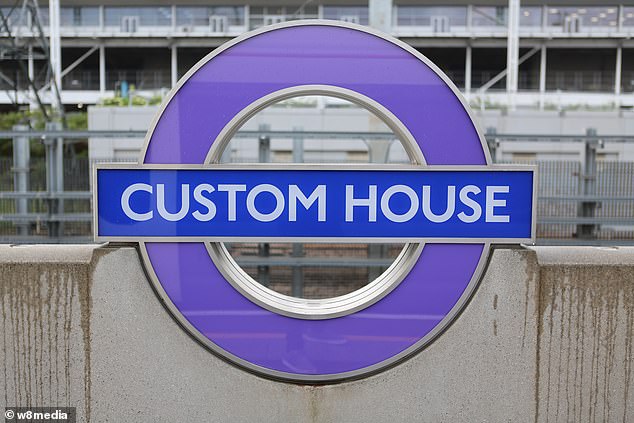 Star performer: Custom House not only boasts some of the highest average rental yields, but has also seen rental yields increase by 0.8 per cent over the past year

Custom House and Forest Gate not only boast some of the highest average rental yields, but both have seen rental yields increase by 0.8 per cent over the past year,

Rental yields in Farringdon in central London have risen by 0.9 per cent, the largest annual increases across the entire network.

Reading, Southall, Canary Wharf and Whitechapel have also seen some of the strongest growth, up 0.7 per cent in the last year.

However, it’s worth noting a few areas have also seen an a decline in the average rental yield.

Twyford has seen the largest annual decline in the average rental yield at -0.6 per cent, while Chadwell Heath, Romford, Harold Wood, Langley, Goodmayes and Seven Kings have seen a decline, albeit to a more marginal extent.

Almas Uddin, founding director of Revolution Brokers said: ‘Crossrail is one of the most significant developments to travel infrastructure within London and the South East in many years, so it’s hardly surprising that homebuyers and tenants alike are flocking to areas with direct access to the Elizabeth line.

‘This heightened demand for rental properties, in particular, presents a great opportunity for buy-to-let investors, as demand for Crossrail rental homes is only going to grow now that the service is finally starting to run.

‘There remains a wealth of stations offering a very respectable rental yield and so now is as good a time as any to invest.

‘It’s important to find the right balance between the initial cost and the rental income available to ensure a good return on your investment.’