A policeman has been suspended after he was filmed ‘threatening to make something up’ so he could arrest a man for breaching coronavirus lockdown laws.

Lancashire Police was forced to apologise for the unnamed officer’s behaviour after footage of the incident in Accrington was shared online.

Tonight they have confirmed he has been suspended from duty with immediate effect and the force has referred itself to the police watchdog over the clip.

The video captured a young man being shouted at by a policeman in Accrington on Friday afternoon after he was pulled over for being out of his house.

He claimed he was collecting a quadbike before the officer launched into a furious rant.

In the video the young man is heard saying: ‘You’re harassing me, what for? I’ve done nothing wrong…’

While failing to adhere to social distancing and maintain a two-metre distance, the officer shouts at him: ‘Sit in your car and shut up.’

The police officer then adds: ‘I’ll lock you up… I’ll make something up… who are they going to believe, me or you?’

The following day, Lancashire Police apologised for the officer’s behaviour and announced they would be conducting an investigation.

Video footage from Accrington, Lancashire, on Friday shows a police officer threatening to ‘make something up’ to arrest a man (pictured) who was out ‘collecting a quad bike’

Tonight a statement from the force read: ‘Further to our initial statement about the video footage widely circulating of an incident in Accrington involving one of our officers and a member of the public, we can now provide an update.

‘We absolutely recognise the impact this footage has had on public confidence and following an initial review by our Professional Standards Department, the officer involved has today (Monday, April 20th) been suspended from duty.

‘We have also taken the decision to voluntarily refer the matter to the Independent Office of Police Conduct.

‘We hope these actions go some way to reassuring the public how seriously we are treating this matter. 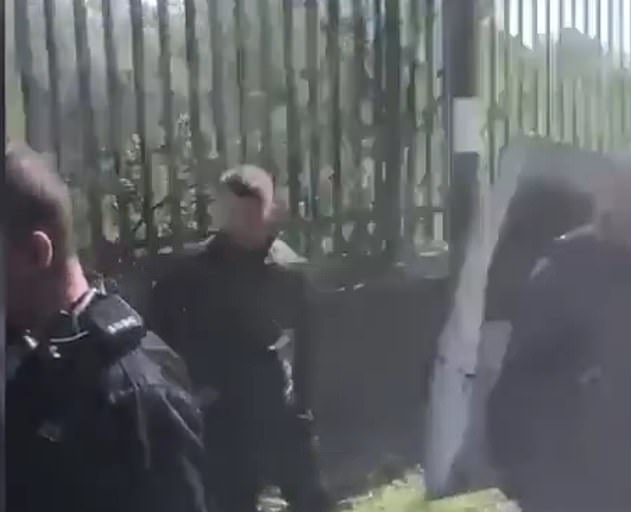 In the video, filmed in Accrington, the driver is heard saying: ‘You’re harassing me, what for? I’ve done nothing wrong’ as tensions rapidly rise

‘We will be speaking to the man in the footage to keep him fully informed regarding the actions we are taking.’

Lancashire’s Chief Constable Andy Rhodes said in his earlier statement: ‘The footage shows language and behaviour from one officer which were completely unacceptable and for this I apologise without reservation.

‘We recognise the impact that this behaviour will have had, both on the young man concerned, and on the hard-earned trust and confidence of the wider public, particularly the comments about making offences up.

‘It only takes one incident like this to undo the hard work of so many.’ 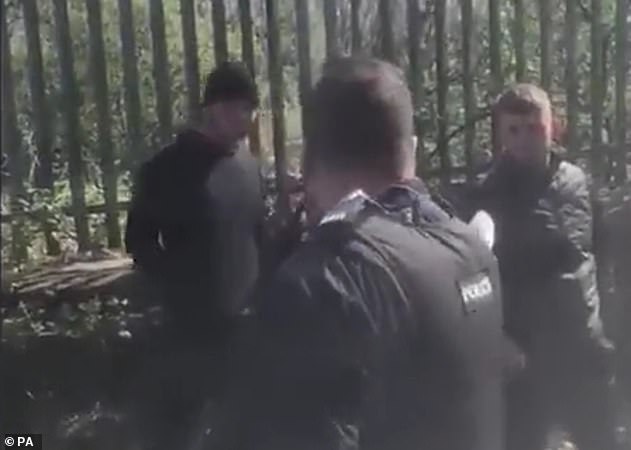