Lady Carnarvon was met with criticism from unsympathetic viewers after she revealed her home of Highclere Castle has ‘zero income’ during the coronavirus crisis.

The countess, whose husband, Geordie, is the 8th Earl of Carnarvon, admitted the estate, best known as the location for Downton Abbey, is in a ‘catastrophic’ financial position without money coming in from visitors who pay for tours.

‘We rely on baking scones for visitors,’ she explained on This Morning, adding that there is ‘no pot of gold’ to help maintain the 300-room property, which is set on a 6,000-acre estate in Hampshire.

However, viewers were not sympathetic, with several joking that they had the ‘world’s smallest violin’ for the couple, while another said their 300-room property could have been used to home critically ill coronavirus patients.

She told: ‘We don’t have a secret pot of gold. Our pot of gold has been hard work, we didn’t benefit from the Downton film, for example.

‘We rely every day on people coming through the doors, baking them scones, welcoming people here’.

The Countess said their situation could potentially be ‘worse than the second world war economically’.

‘It was just the most enormous shock’, she said, ‘I don’t think any of us knew what we were getting into. It is a complete catastrophe.’ 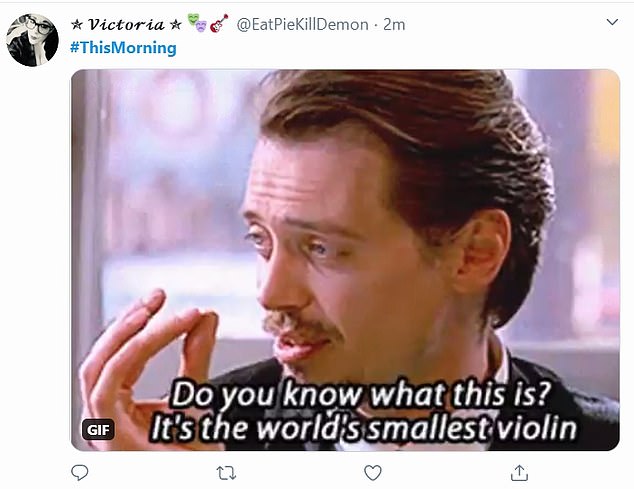 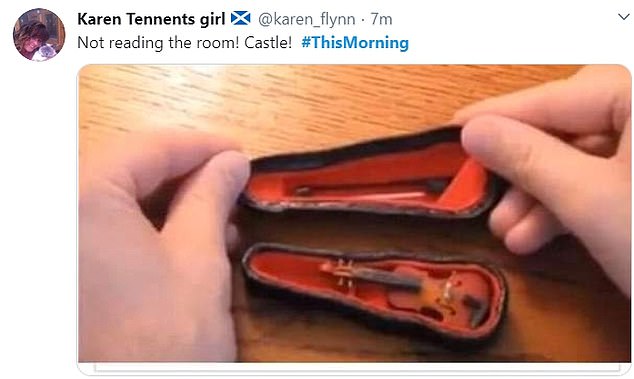 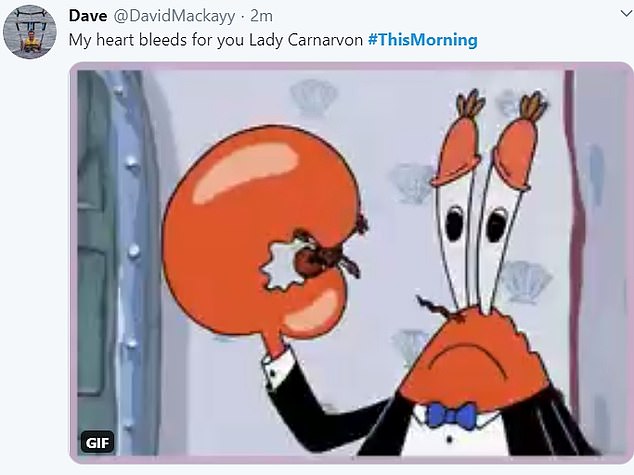 However, viewers were not sympathetic, with several joking that they had the ‘world’s smallest violin’ for the couple, while another said their 300-room property could have been used to home critically ill coronavirus patients

‘There is nothing, the income is zero. We’re in the same position as so many other businesses. We rely on and welcoming people. It’s all about people having tours, drinking and eating. It’s been the centre of our lives.’

Viewers soon shared their thoughts, with one ranting: ‘Those 300 bedrooms could be used for patients.’

Another teased: ‘Poor woman, if you are bored you could always go out for a walk in the country, or into your back garden.’

‘I love #ThisMorning but I don’t feel sorry for #LadyCarnarvon being in lockdown in a castle’, said a third. 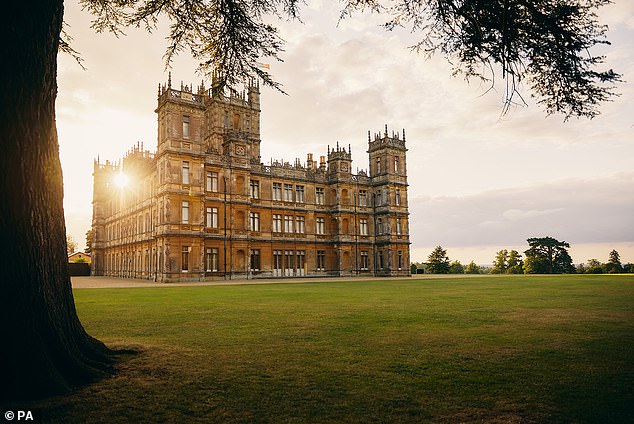 She told they rely on ‘baking scones for visitors’ to maintain their 300-room property, (pictured) which sits on a 6,000-acre estate in Hampshire 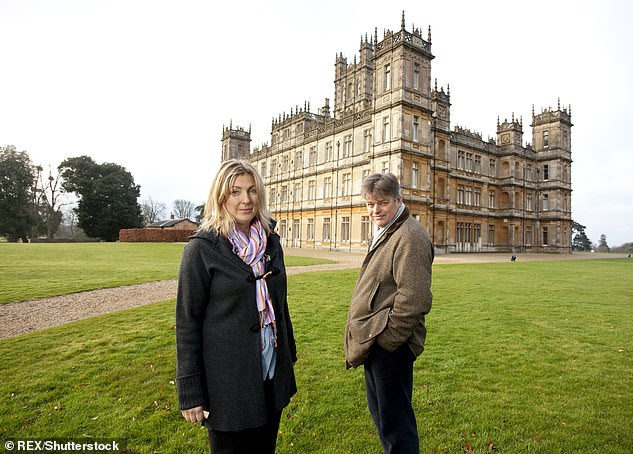 The countess, whose husband Geordie (pictured right) , is the 8th Earl of Carnarvon, says they have ‘no pot of gold’

Another joked: ‘My heart bleeds for you Lady Carnarvon.’

Lady Carnarvon went on to explain that they’ve had no choice but to furlough some members of their staff, as well as expressing her sadness that their new line of gin is now struggling to take off amid the pandemic.

‘We made our choices, she said, ‘We’re all trying to work out who we should be furloughing, it’s building up a much greater debt later on down the line.

‘This whole ship has stopped in the middle of the Atlantic Ocean. We’re just trying to hold ourselves together.’ 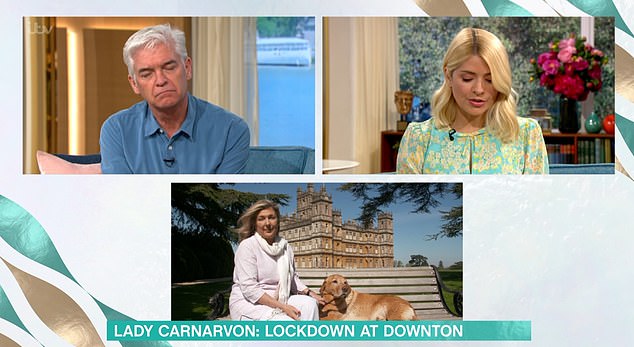 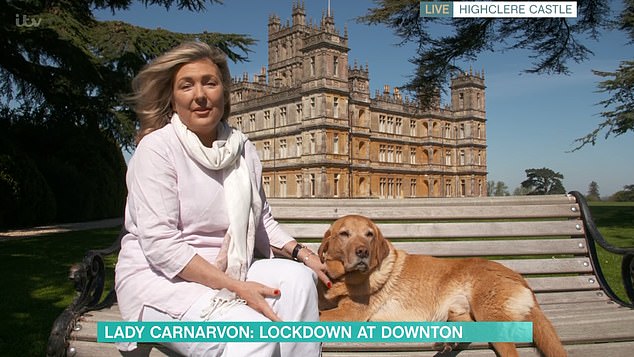 She later added: ‘We’d recently launched our gin and it’s somewhat harder to keep a new business going at this point in time. ‘

The countess runs the office computers while her husband handles the admin and manages the accounts of their property, but admitted she’s let cleaning slip since lock-down began.

‘It’s 300 rooms, she told, ‘I looked at it and thought it was too much. ‘I’m at my desk for 12-hours a day. So we’re the main office team, with two or three others who have been living and working together,  so that’s our first focus.’

She added: ‘For many it’s a month of Sundays, but for us it’s work as usual. We’re learning so much every single day and it’s helping us re-evaluate things we should have learned already.’