Remote GP appointments may have contributed to the deaths of five people who did not see their doctor in-person, a coroner has concluded.

Doctors missed important details in telephone appointments that may have been spotted if they were seen in face-to-face, senior coroner for Greater Manchester Alison Mutch warned.

Fadhia Seguleh – who had phone call appointments with her GP about her anxiety and depression, which the corner warned made it harder to assess her needs – committed suicide in her home on February 25.

Ms Mutch also had concerns about the role of remote doctor appointments in the deaths of three other people, who died from a fatal blood clot in the lung, undiagnosed Covid and a drug overdose.

And a a fifth patient, who was a frail elderly man with a host of severe underlying health conditions, died after breaking a bone that wasn’t spotted by hospital doctors and his GP in a phone call consultation.

Experts have long-warned that moving away from in-person appointments can lead to missed diagnoses.

A third fewer people are seeing their GP in-person now compared to before the pandemic and tens of millions were ‘lost’ during the Covid crisis, as they avoided seeking care due to concerns about catching the virus or putting strain on the NHS.

When the Covid crisis hit the UK, GPs were urged to conduct all consultations remotely and only invite patients for an in-person appointment if it was necessary, in an attempt to curb the spread of the virus.

In May, as infection levels were dropping, NHS England ordered GPs in May to offer all patients in-person appointments alongside remote ones and were offered cash bonuses for meeting virtual consultation targets.

But doctors condemned the move and the British Medical Association’s GP committee labelled the move ‘completely inappropriate and dangerous’.

The number of GP appointments taking place face-to-face dropped dramatically at the beginning of the pandemic, as virtual appointments were encouraged in an attempt to keep social mixing low and hospitals virus-free. In-person appointments began to increase last summer, before dropping again during the second wave. Despite being on the rise, the figures are still much lower than pre-pandemic levels

Coroners can write prevention of future death reports, which they send to people or organisations that are in a position to reduce the risk of a person dying under the same circumstances in the future.

In one case, Ms Seguleh – who was being treated for mental health problems – committed suicide in her Stockpot home in February.

The coroner concluded that Ms Seguleh’s GP telephone appointments about her condition would have happened in-person before the pandemic.

Mental health assessments and understanding a patient’s needs are ‘far easier’ face-to-face, the report states, suggesting that Ms Seguleh would have received better care if the consultations took place face-to-face.

The coroner also raised concerns about her having to go to A&E on her own due to the pandemic, ‘which left her unsupported at a time of crisis’.

And information was not shared between her GP and private doctor, so neither had a ‘full picture’ of her condition, the report states.

Separately, Maurice Leech died on April 30 last year in Thorncliffe Grange Nursing Home in Manchester after doctors in hospital and his GP during a virtual appointment failed to realise he had broken his femur.

He was admitted to hospital after an accidental fall and medics did not given the correct x-ray.

How many doctor appointments in England are face-to-face?

The next most popular mode of appointment was a phone call, with 10million (39.3 per cent) taking place this way.

How the remaining 624,037 appointments took place was not recorded.

The proportion of appointments taking place in-person has been steadily increasing since January, when the figure dropped to 52.9 per cent during the peak of the second wave.

The rate dropped to 46.8 per cent last April, the lowest figure since NHS Digital began recording the data in 2019.

Prior to the pandemic, around eight in 10 appointments took place face-to-face.

Mr Leech had a telephone conversation with his GP about the pain he was suffering, but was not examined due to Covid.

By the time Mr Leech returned to hospital and staff realised he had a broken femur, he was unable to undergo surgery and died around two weeks later due to complications from the fall and underlying conditions.

Ms Mutch concluded in her report that he would have been seen face-to-face by his GP if the fall happened before the Covid crisis and probably would have been referred back to hospital earlier.

Additionally, if Mr Leech was accompanied to hospital – which he would have been before the pandemic – staff may have been given a ‘more accurate picture of his baseline and needs’, the report stated.

In another case, Stanislaw Zielinski died on June 2 from cardiac arrest and blocked blood vessel in his lung, after he had been hospitalised for falling out his window.

Mr Zielinski – who was suffering from insomnia and anxiety – told his wife he believe he was being chased when he fell.

He alerted his GP of his mental state one year earlier, but his appointments were limited to phone calls due to the pandemic.

A referral by his GP to mental health services was ‘lost in the system’.

He had a telephone consultation after doing a self-referral and prescribed medication that had ‘little impact’, according to the report.

The coroner concluded that his care was ‘significantly impacted’ by the phone appointments, which would have been face-to-face pre-Covid.

His family told the coroner they and Mr Zielinski ‘struggled to communicate with the GP to explain his deteriorating health position as a result of how his GP practice was delivering health care’.

His doctor did not fully understand his ‘deteriorating picture’ and he was additionally anxious because he was unable to express his concerns in-person, the coroner said.

And due to delays in mental health services – which were exacerbated by Covid – Mr Zielinski did not receive support in a timely manner, the report states.

In a fourth case, Brain Mottram died in Tameside on November 16 from undiagnosed Covid after feeling unwell for a week.

He previously underwent lung cancer surgery and had diabetes, which put him at greater risk from the virus, the coroner said.

Two days before he was found unresponsive, Mr Mottram had a phone appointment with his GP and described suffering from shortness of breath, a cough, a fever and lack of appetite. He was prescribed antibiotics. 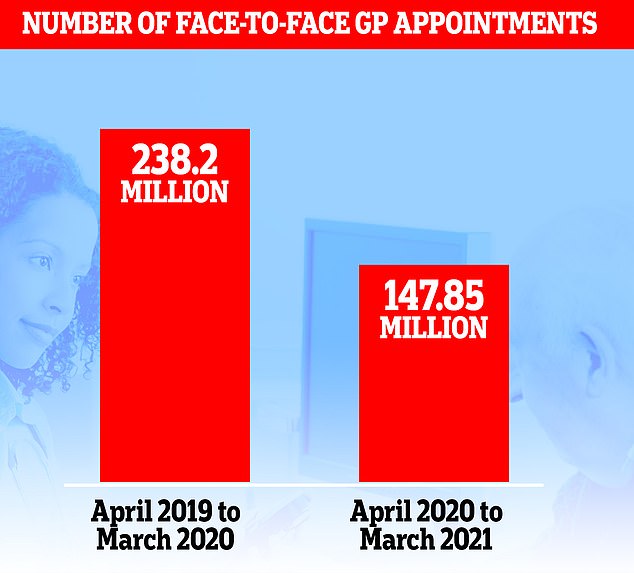 If he had a face-to-face GP appointment, he ‘may well have’ been diagnosed with Covid and received different treatment, the report states.

Additionally, it is concerning that the local GPs did not seem to have a clear way of identifying those at high-risk from Covid and brining them in for additional checks when they were suspected to have the virus, the coroner said.

In response to the report, Tameside Metropolitan Borough told the HSJ that national guidelines at the time on GP consultations advised that appointments should be remote when possible.

In another case, Steven Allen died on October 26 in his Stockport home after taking a fatal level of prescribed medicine.

He had a history of drug addition and was prescribed medicines including strong pain killer oxycodone through a consultation with his GP, that happened via a phone call due to Covid.

Ms Mutch said he was subsequently given replacement prescriptions ‘with little challenge’ through phone appointments.

Stockport Clinical Commissioning Group told the HSJ it examined its processes for prescribing medicine for vulnerable patients, but found Mr Allen’s case was an isolated incident.

Jacob Lant, head of policy, research and partnership at charity Healthwatch England told the HSJ: ‘Remote appointments have been hugely positive for some people, and they create opportunities to make care more flexible.

‘However, they are not always the best approach for everyone or every circumstance, including people who don’t have access to the internet, for whom English is not first language or those in a mental health crisis.’

But Dr Maureen Baker, former chair of the Royal College of GPs, said she was ‘not aware pre-pandemic of any major concerns with remote consulting’.

She said: ‘It’s not that things don’t go wrong. They do, but things can and do go wrong in face-to-face consultations as well.

‘Many practices have been using remote consulting very successfully for many years [but for GPs introducing remote consultations during the pandemic] the concern is that practices will have had to change and implement it very quickly.’

Royal College of GPs chair Martin Marshall told the journal: ‘The switch to largely remote working has been necessary to prevent the spread of the virus and protect patients, many of whom were clinically vulnerable.

‘For some patients, remote consultations have actually made it easier to access GP services.

‘But we also know that remote consulting can make it more difficult to pick up on soft signs, which can be useful when making a diagnosis.’