Foreign workers have abandoned Australia in droves and while our economy is dependent on them many say they’re worried about coming back thanks to our intense lockdowns during Covid.

The former Morrison government was one of the first countries in the world to slam the national borders closed in March 2020 when Covid began spreading across the globe.

But as other countries began to move on from the pandemic and focus on economic recovery, Australia stayed shut, with both international and interstate travel blocking any worker movement.

Global Work and Travel chief executive officer Jurgen Himmelmann said when borders were finally open to foreigners earlier this year, too much damage had already been done. 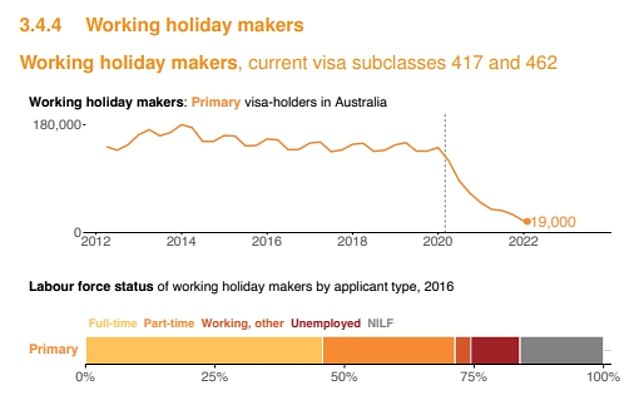 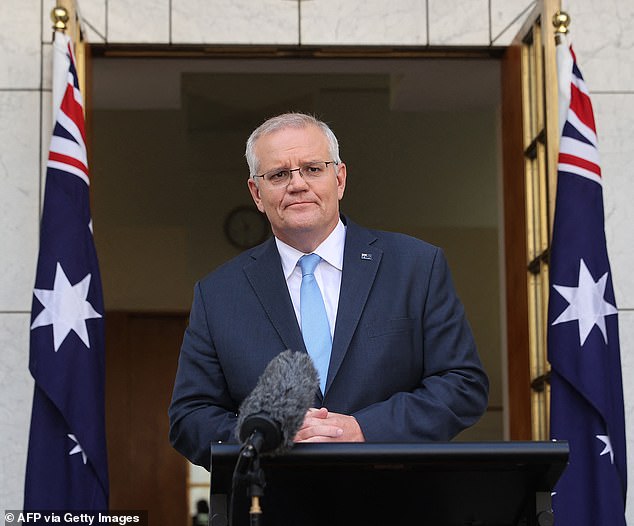 Mr Himmelmann said the lockdowns left overseas workers worried they could became trapped Down Under if another virus were to suddenly hit.

‘We were expecting there to be some pent-up demand – that people would want to rush to Australia once everything opened up but people saw Australians being jailed for (breaking Covid quarantine laws). They saw people trapped.’

Data from the Grattan Institute, one of the nation’s leading independent research organisations, found the number of working holidaymakers in Australia during May 2022 was 86 per cent less than in September 2019. 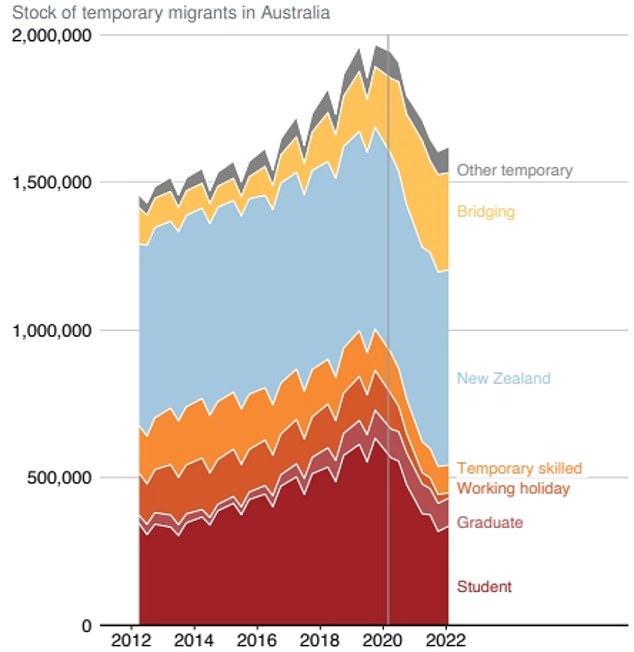 The amount of temporary overseas workers living in Australia has dramatically decreased since 2020 despite early beliefs migration would pick up again once borders opened (pictured, a graph showing the decrease of temporary workers in Australia) 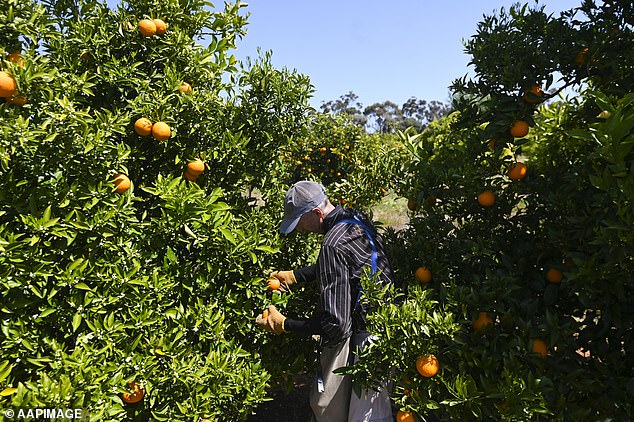 Several industries, like agriculture and hospitality, rely on working holidaymakers to fill the gaps in the local Australian workforce (pictured, a fruit picker in regional New South Wales)

One in three workers currently employed in Australia was born overseas.

The nation’s current workforce does not have the number of skilled workers to fill vacant jobs around the country and with an unemployment rate of just 3.5 per cent, we need migrant workers to move and fill those positions.

Mr Himmelmann said that while there was an accumulation of people overseas wanting to move once the pandemic eased, Australia took too long and missed out.

‘Most parts of Europe never did a hard border closure so a lot of the people that had an eagerness to travel just went somewhere (other than Australia),’ Mr Himmelmann.

To make matters worse, migrants who did wait through the lockdowns to move to Australia are now facing massive delays with getting visas. 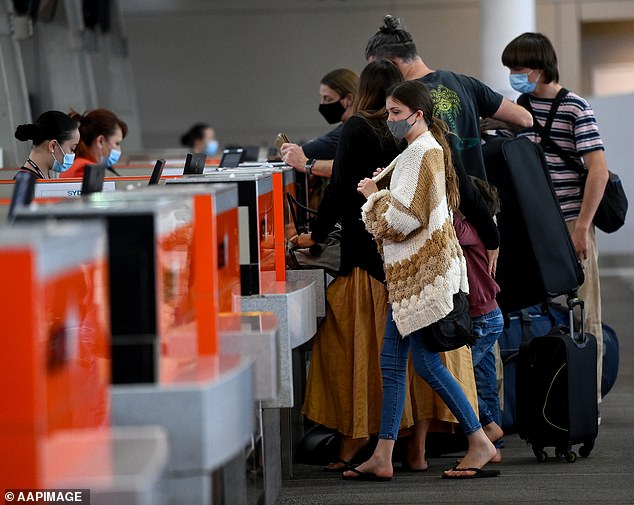 Global Work and Travel CEO Jurgen Himmelmann said Australia missed out on a massive influx of foreign workers keen to travel once Covid ended by waiting too long to open its borders (pictured, Sydney Airport) 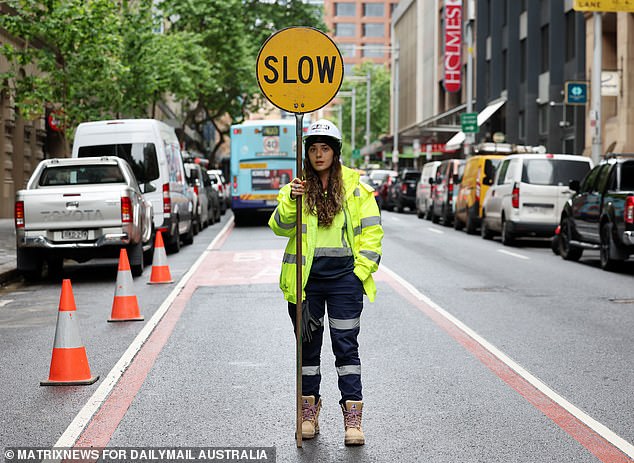 Construction is just one of the industries that majorly relies on overseas workers to supply high-volumes of special skilled workers (pictured, a lollipop lady in Sydney)

The median processing time for a skilled worker looking to permanently immigrate to Australia is five months.

A skilled worker wanting to temporarily moving to Australia can expect their visa to take three months to process.

‘We are prioritising the processing of visas lodged by people outside of Australia, including temporary skilled, student and visitor visas.

‘This is to make sure more people can travel to Australia to fill the critical skill shortages across the country.’ 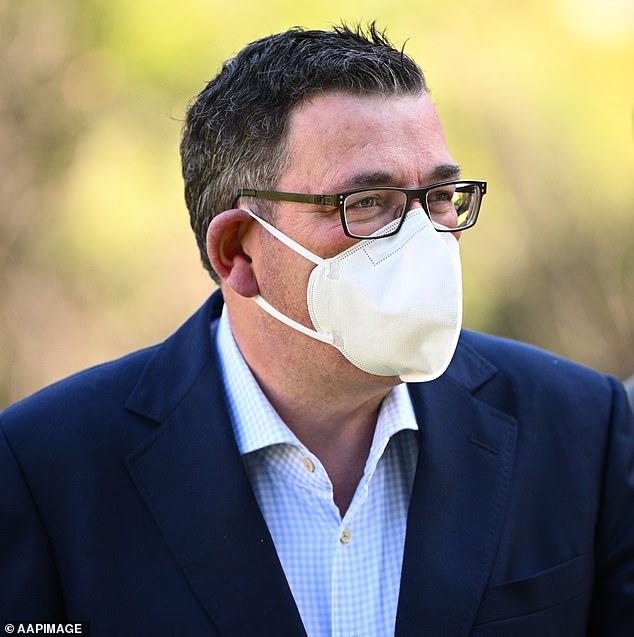 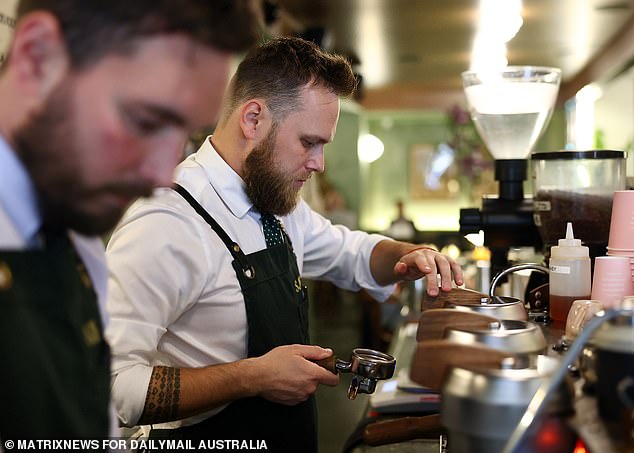 The Grattan Institute found people who migrated to Australia after the year 2000 make up 12 per cent of our workforce with the majority of them working in high-earning industries like construction.

People with a temporary visa, including working holidaymakers and international students, make up seven per cent of the workforce and tend to work in lower-earning industry like agriculture and hospitality.

Small businesses, especially in regional communities, rely on working holidaymakers to do the jobs most Aussies aren’t interested in.

Even with the promise of free accommodation and good pay, most offers receive very little interest. 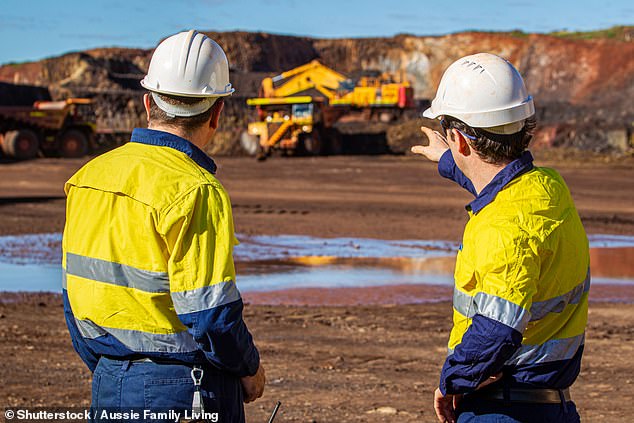 Australia does not have the number of skilled workers needed to fill vacant jobs and with only 3.5 per cent of workers unemployed there is little opportunity to train enough people up 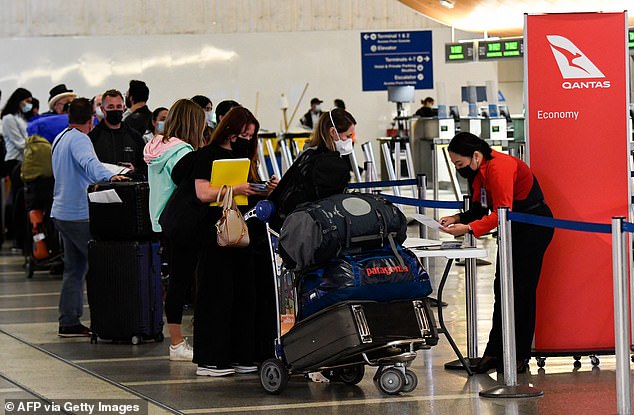