Boris Johnson’s political rivals have lined up to brand his engagement announcement to pregnant partner Carrie Symonds a distraction ploy.

Mr Johnson is also under the spotlight for his slow response to the coronavirus outbreak, and has been accused of being a ‘part-time prime minister’.

And he faced a backlash for not visiting flood-hit communities during the recent storms, instead staying put at the government’s grace-and-favour country retreat in Kent.

Reacting to tonight’s announcement, Labour MP Charlotte Nichols tweeted: ‘Congratulations to the happy couple notwithstanding, it’s truly remarkable that the announcement JUST HAPPENED to be on the day of the unprecedented resignation of top Home Office official Sir Philip Rutnam who will be taking a case of constructive dismissal against the Govt.’

But amid the flood of congratulations, there has also been cynicism that the timing was carefully choreographed to distract from Number 10’s current woes

And Labour MP Florence Eshalomi said it was ‘very convenient’ for the Prime Minister and Ms Symonds to make their announcement tonight.

HuffPost’s Paul Waugh tweeted: ‘Given that this has been long talked about within Westminster and Whitehall, it was always a question of just when they would time the announcement.

‘The PM wouldn’t be so cynical to try and bury bad news (Patel/Rutnam) with, er, good news? Surely not.’

ITV’s political editor Robert Peston tweeted: ‘I am sure just a total coincidence but certainly convenient that the home office perm sec’s angry divorce from government is now fighting with the PM’s marriage and imminent baby for front page coverage.’

After winning an emphatic 80-seat majority in December, Mr Johnson was praised for delivering on his flagship election promise to get Brexit done.

But this honeymoon phase appears to have fizzled out, and the government was today in the firing line after Sir Philip took aim at the ‘vicious and orchestrated’ campaign against him. 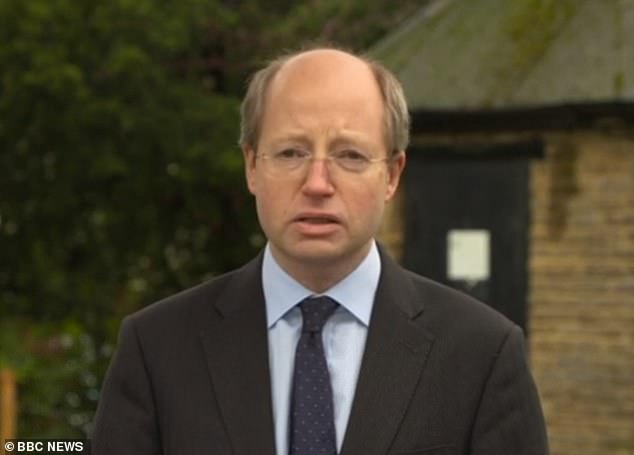 After persistent reports of a major rift between him and Ms Patel – one of the PM’s biggest supporters – the 33-year civil service veteran walked out with all guns blazing, launching a withering attack on Ms Patel in a statement on live TV this morning.

He accused her of lying and said he had received allegations that she had shouted and sworn at staff.

The former official said he was the victim of a ‘briefing campaign’ and that in choosing to publicly resign he had turned down a ‘financial settlement’ from the Cabinet Office.

The official had himself been accused of briefing against the Home Secretary in the media but said this claim was ‘completely false’. 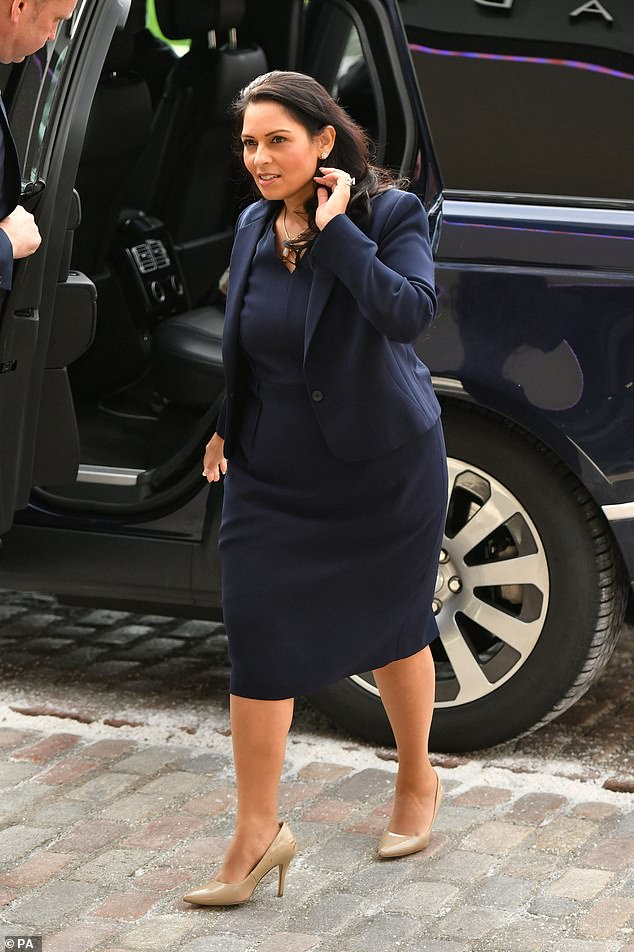 The 33-year civil service veteran launched a withering attack on Ms Patel in his resignation statement which he made on live TV. Pictured: Ms Patel arriving at the National Police Chief’s Council in London earlier this week 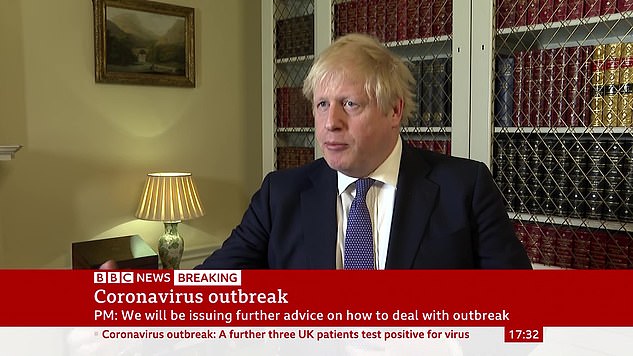 Yesterday, the Prime Minister pushed back at accusations of weak leadership and claimed that preventing a major British outbreak was the government’s ‘top priority’

And Yvette Cooper, the chairman of the powerful Commons home affairs select committee, called on the Government to ‘get a grip’ over the ‘immensely serious’ allegations.

She added that Prime Minister Boris Johnson and Cabinet Secretary Sir Mark Sedwill had a ‘duty’ to investigate the allegations.

Yesterday, the Prime Minister pushed back at accusations of weak leadership and claimed that preventing a major British outbreak was the government’s ‘top priority’.

He said he had met with the chief medical officer and reassured that the NHS was equipped to deal with a coronavirus epidemic.

The outrage threatened to boil over today when it emerged he has scheduled a COBRA meeting for Monday, rather than calling a round-table of the government’s top officials immediately.

The PM, who has been back at Number 10 for the past week, swatted away accusations of inaction when quizzed in a TV interview this evening

He said there have been ‘regular series of COBRA meetings to prepare for this eventuality,’ yet Monday’s will be the first one he will chair.