This is the moment a Labour MP learned live on ITV that she had been sacked from a role by leader Sir Keir Starmer after defying the whip to oppose a controversial Bill.

Nadia Whittome, 24, was stripped of her junior position after defying instructions to abstain on the Overseas Operations (Service Personnel and Veterans) Bill.

But Parliament’s youngest MP, who is known as the ‘Baby of the House’, only learned this was the case after being asked by presenter Robert Peston if she had resigned.

‘But, I felt that given that all the major human rights organisations, Amnesty, Human Rights Watch, and given that even the British Legion and veterans themselves opposed this Bill – and these are all arguments that our front bench made today, we don’t agree with this Bill.

‘And we think it’s anti-veteran, it’s anti-human rights. It would, effectively, decriminalise torture, and that’s why I voted against it. We already have laws that prevent vexatious claims, and, in fact, many veterans are against this.’

Beth Winter and Olivia Blake, who like Ms Whittome were aides to shadow ministers, have also been removed from their positions, party sources confirmed.

Ms Whittome tweeted today: ‘This morning the leader of the Opposition’s office called me to confirm that I have been stood down from my role as parliamentary private sectary to the shadow health secretary, Jonathan Ashworth, following my vote against the Overseas Operation Bill.

‘I opposed the Bill because it effectively decriminalises torture and makes it harder for veterans to take legal action against the Government or for war crimes to be investigated.’

The Nottingham East MP said that while she understood others in her party hoped amendments could be made at a later stage and so abstained, it was ‘important that MPs are able to vote in line with their conscience’.

A Labour source had said that ‘anyone who wanted to vote against (the) whip’ had been informed they ‘would have to resign’.

Labour MP Ms Whittome issued the following statement on Twitter at 10.44am this morning

The Government said the proposed legislation will ensure service personnel will be protected from ‘vexatious claims and endless investigations’.

Ministers said it seeks to limit false and historical allegations arising from overseas operations by introducing a statutory presumption against prosecution, making it exceptional for personnel to be prosecuted five years or more after an incident.

To override the presumption, the consent of the Attorney General will be required, and the prosecutor must weigh up the ‘adverse impact of overseas operations on service personnel’ and, where there has been no compelling new evidence, the public interest in cases coming to a ‘timely conclusion’.

But campaigners and some senior military figures have warned the legislation will create a presumption against prosecution of torture and other serious crimes except rape and sexual violence. 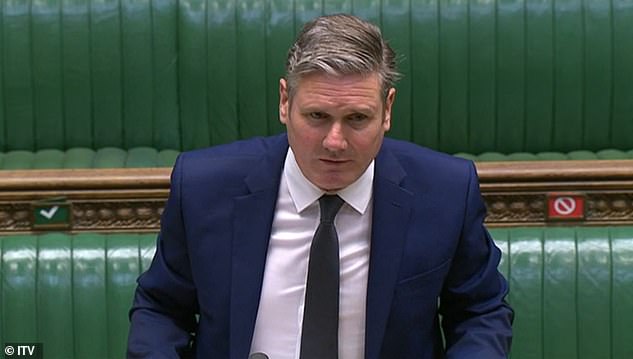 A Labour Party spokesman was contacted for comment by MailOnline today.

In July, Ms Whittome launched an attack on free speech by saying the ‘very act of debate is a rollback of equality’ in an article about trans rights.

The MP wrote a column for The Independent, titled: ‘The only way to avoid hysteria about trans rights is to ground the debate in real life experiences’.

Ms Whittome shared the article on Twitter, posting in a series of tweets that the ‘very act of debate in these cases is an effective rollback of assumed equality’.