Key Labor frontbencher Chris Bowen has been sidelined from the federal election campaign trail after testing positive to Covid-19.

The shadow climate change and energy minister on Saturday confirmed the news on social media, saying he would spend the next week in isolation.

‘I was looking forward to a few days campaigning in regional Queensland and Brisbane but it isn’t to be,’ he tweeted.

‘Can’t wait to get back on the trail with our magnificent candidates and make an Albanese government a reality.’ 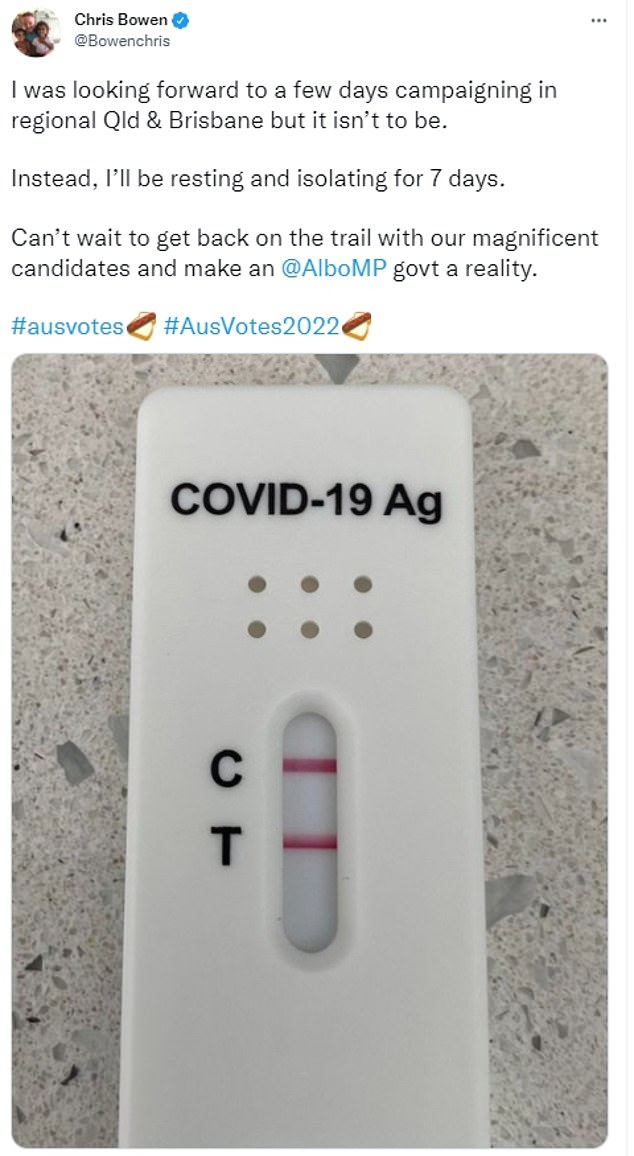 Losing the high profile figure heading into the second week of the election campaign is a big blow for Anthony Albanese, who stumbled out of the blocks with a series of embarrassing gaffes.

But Mr Bowen, who holds the crucial western Sydney seat of McMahon, said he expects to be in back in the fight after seven days of rest.

It comes as more than 41,000 new infections were reported across Australia on Saturday along with a further 35 deaths, although seven of these were historical fatalities announced by authorities in Western Australia.

This follows almost 47,000 cases and 34 deaths reported nationally on Friday.

Net hospital admissions were up two dozen patients across the country on Saturday with seven more patients in intensive care. 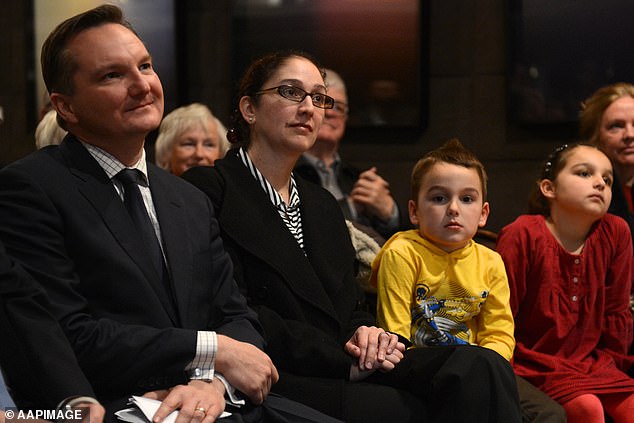 Meanwhile, Health Victoria is monitoring the new BA.4 or BA.5 Omicron variant after samples were confirmed in a catchment at Tullamarine, north of Melbourne.

The sub-variant has been recently detected in a small number of cases in South Africa, Botswana, Belgium, Denmark, the United Kingdom and Germany.

The World Health Organisation says there are currently no known significant epidemiological differences between the new Omicron strain and the more dominant BA.2 strain.

‘There is no cause for alarm with the emergence of the new sub-variants,’ WHO regional director for Africa Dr Matshidiso Moeti said this week in a statement.

‘We are not yet observing a major spike in cases, hospitalisations or deaths.’ 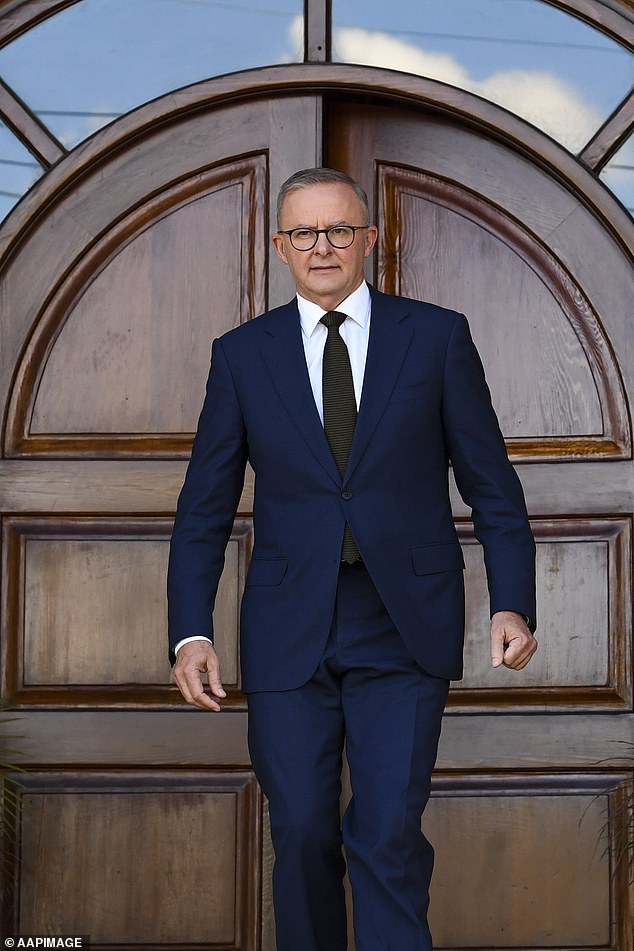 Losing Mr Bowen heading into the second week of the election campaign is a big blow for Anthony Albanese (pictured), who stumbled out of the blocks with a series of embarrassing gaffs

Northern Territory: 391 cases, no deaths, 28 in hospital, none in ICU