Los Angeles County has shelved plans to bring back a universal indoor mask mandate as its Covid surge is subsiding and rates of hospitalizations have stabilized, the city’s health director announced Thursday.

Health director Barbara Ferrer had warned two weeks ago that the LA County Department of Public Health could reintroduce a face covering requirement if trends in hospital admissions continued under criteria set by the U.S. Centers for Disease Control and Prevention.

But yesterday, in the much-anticipated weekly public health briefing, she announced that the nation’s most populous county had swerved the need to re-impose the broad mask rule.

‘We’re on a decline right now, and it’s hard for us to imagine reinstating universal indoor masking when we’re on this significant of a decline,’ Ferrer said.

The decision was made after daily cases in LA County fell by 30 percent over the two week period that determined whether the order would go into place – from nearly 6,000 daily cases to 4,169 per day. Deaths halved as well, from eight per day to four across the Southern Californian county.

It is likely that the county would have seen a rebellion on the matter had they tried to force citizens to wear masks indoors again, with Beverley Hills, Pasadena, El Segundo and Long Beach all having come out to say they would not have enforced the rule.

Case and death figures have dropped across the country in recent weeks as America seems to have dodged what many warned would be a massive summer surge fueled by the budding BA.5 variant. After significant downward shifts in mid-July, America’s case and death figure have steadied at 131,478 and 417 per day respectively. 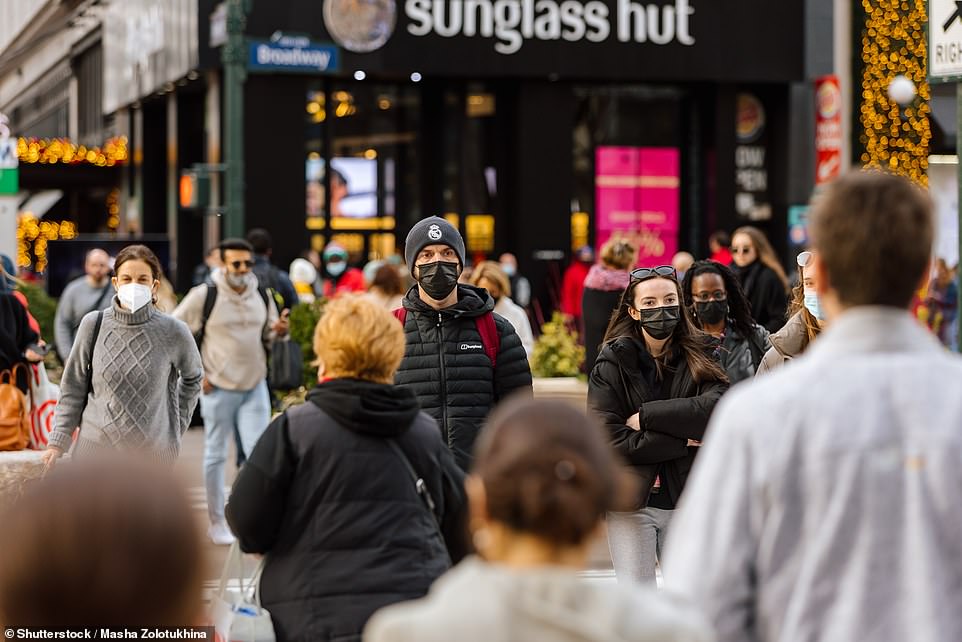 The decision came as the county’s level of community transmission remained at the CDC’s ‘high’ level, but was forecast to drop to ‘medium’ in the coming weeks based on recent Covid data

According to county guidelines, Los Angeles County is to reinstate an indoor mask mandate for all indoor public places if it reaches the level of ‘high’ COVID-19 risk per Centers for Disease Control and Prevention (CDC) metrics for at least 14 consecutive days.

On July 14, the city entered a level of high transmission, raising fears that it would be the first city to reinstate masks to deal with the BA.5 variant.

A sharp turnaround in its Covid situation in the time since then has spared Angelenos. Updated figures Thursday night dropped the county back into the zone of ‘medium’ Covid risk.

If orders had gone into place, it was likely that some individual sections of the county would have chosen not to abide by larger orders.

‘My City Council colleagues and I strongly believe the decision to wear a mask should be the choice of the individual and should not be imposed by L.A. County,’ El Segundo, a southern LA city that includes Santa Monica Bay, Mayor Drew Boyles said in a statement made before the announcement.

Ferrer said that transmission has been dropping steadily since July 23, pointing to flat and declining data. Hospitalizations are also down, ‘potentially signaling the beginning of a downward trend in cases.’

However, she warned that the situation remained under constant monitoring and was subject to revision should the transmission and hospitalization rates start to go the other way.

Ferrer reminded residents that even though not mandatory, face masks were still an effective and recommended tool for limiting the spready of Covid.

The mask mandate for some indoor spaces, including health care facilities, Metro trains and buses, airports, jails and homeless shelters will remain in place.

The new requirements, had they gone into effect, would have mandated masks be worn at all times in all indoor public spaces, including shared offices, manufacturing facilities, warehouses, retail stores, restaurants and bars, theaters and schools. 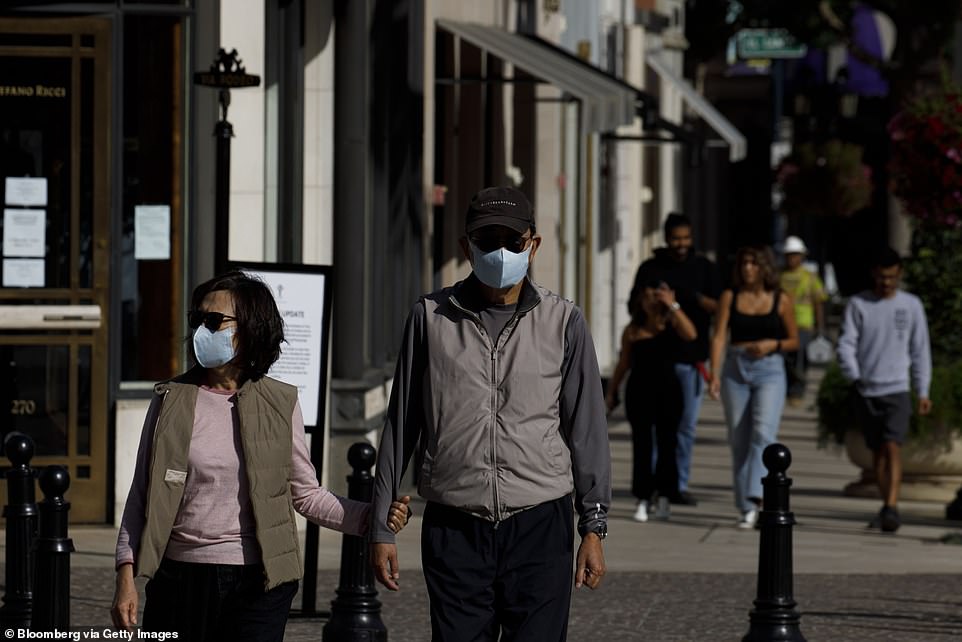 Lili Bosse, the Democratic mayor of Beverly Hills, told Fox and Friends yesterday that her city would ignore any mask mandate.

She had previously struck down the possibility of enforcing an indoor mask mandate, and the council, led by herself, voted unanimously to not deploy resources. 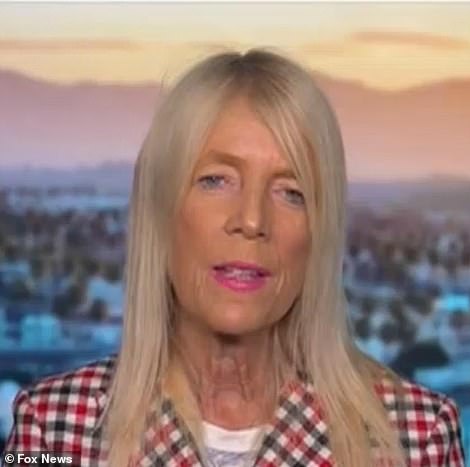 Both Long Beach and Pasadena, which fall within LA County but have their own health departments, had also said they would not enforce the mandate.

‘The [Long Beach] Health Department strongly encourages people to practice personal responsibility and common-sense measures to protect themselves, their loved ones and the greater community from Covid-19,’ according to a statement from Long Beach.

‘People are advised to mask indoors when in public places, conduct rapid testing before and three to five days after social gatherings and choose outdoor activities where possible.’

‘I’m hopeful that we will now be able to move on from this heightened focus on masking mandates to what really matters — focusing on promoting the efficacy of vaccines and boosters, improving access to COVID-19 treatments, and continuing to educate our county’s residents on the benefits of masking,’ Barger said in a statement Thursday.

‘I am comfortable leaving this decision in the public’s very capable hands.’

The BA.5 variant has caused an uptick of Covid cases in many parts of America. Some experts even feared it would cause a summer surge similar to what struck the U.S. in both 2020 and 2021.

It is feared to be the most transmissible version of the virus to take hold in the U.S. yet by health officials.

It is also immune-evasive and can get around protections a person may have from previous Covid infection. Experts believe that a person could be re-infected with BA.5 within weeks of recovering from a different version of the Omicron variant.

This is a potentially worrying prospect that changes the understanding many have of the pandemic.

BA.5 has quickly grown in its prevalence across America and now makes up nearly four of every five cases in the U.S.

While case figures did grow throughout the first half of July, the full fledged surge has yet to materialize. With major cities like Los Angeles and New York already seeing case figures stagnate and fall, it is likely that America has already weathered the storm.