She’s due to give birth to her first child with fiancé Kyle Sandilands next month.

And on Thursday, heavily pregnant Tegan Kynaston was spotted out with her dogs and heading home from Sydney’s Bondi Junction.

The 36-year-old covered up her burgeoning baby bump in a $400 sweater dress by the designer brand Kenzo.

On Thursday, Kyle Sandilands’ heavily pregnant fiancée Tegan Kynaston covered up her baby bump in $400 designer sweater dress as she stepped out in Bondi

The blonde communications executive looked chic with her locks out and around her face and minimal makeup.

Tegan teamed her dress with a $2,550 Louis Vuitton handbag and platform combat boots. 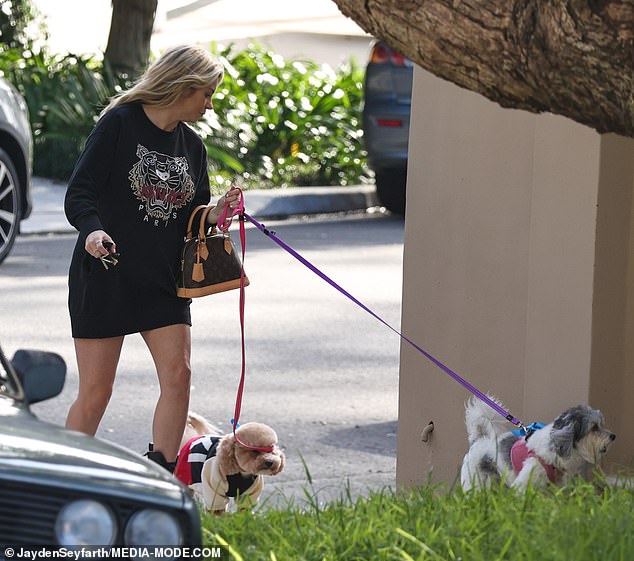 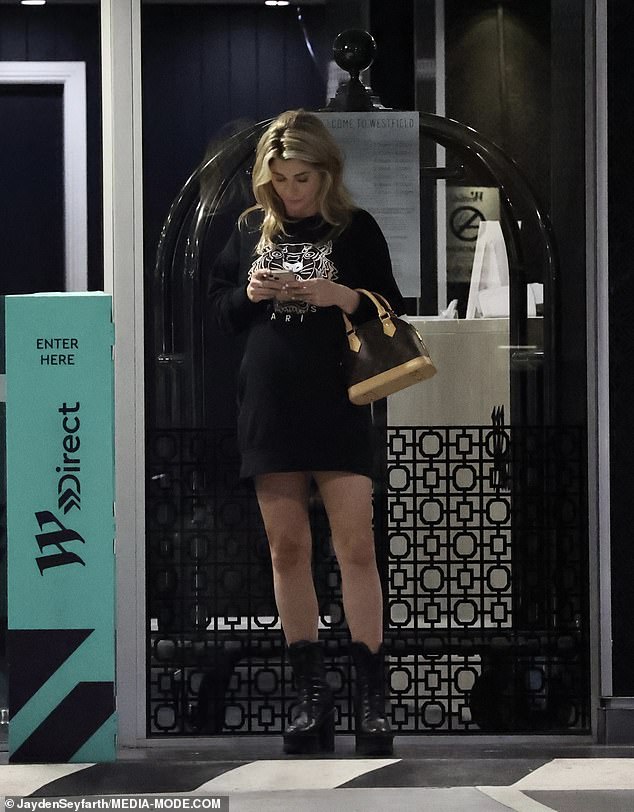 Tegan teamed her dress with a $2,550 Louis Vuitton handbag and platform combat boots

Tegan enjoyed a spot of shopping at Westfield Bondi Junction and appeared to use the valet service.

The communications executive got engaged to KIIS FM radio host Kyle Sandilands, 51, in Port Douglas, Queensland, over the Christmas holidays.

The high-profile couple announced Tegan was expecting in February. Their baby boy, named Otto, is due in August.

‘We’re having a baby! We are having a friggin’ baby. I couldn’t be happier,’ Kyle said on his KIIS FM breakfast show at the time.

Tegan said on air that Kyle had been ‘very emotional’ since finding out he was going to be a first-time father.

Tegan and Kyle found out the sex of their baby at an elaborate gender reveal party held on Sydney Harbour later in February.

They hired a superyacht for the occasion and arranged for planes flying overhead to release blue smoke, revealing they’re having a baby boy.

Before dating Tegan, Kyle was with ex-girlfriend Imogen Anthony for eight years until they called it quits in 2019. 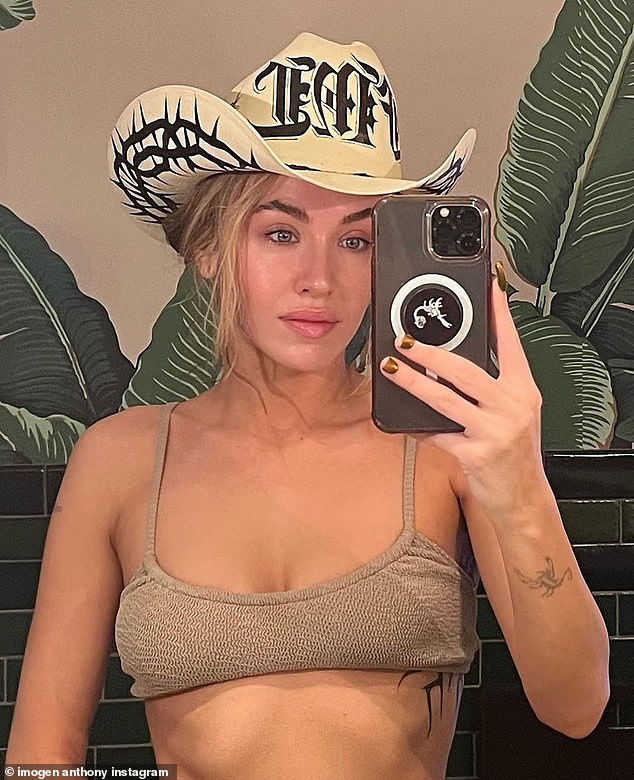 Before dating Tegan, Kyle was with ex-girlfriend Imogen Anthony for eight years until they called it quits in 2019