By Aaron Bunch In Alice Springs For Australian Associated Press

Text messages between a Northern Territory constable who shot and killed an Indigenous teenager and other police officers suggest they had negative attitudes towards Aboriginal people, an inquest has been told.

Counsel assisting Peggy Dwyer told an inquest into his death on Tuesday that text messages found on the officer’s phone when he was arrested show he and other police based in Alice Springs had a negative attitude towards (Aboriginal) community police. 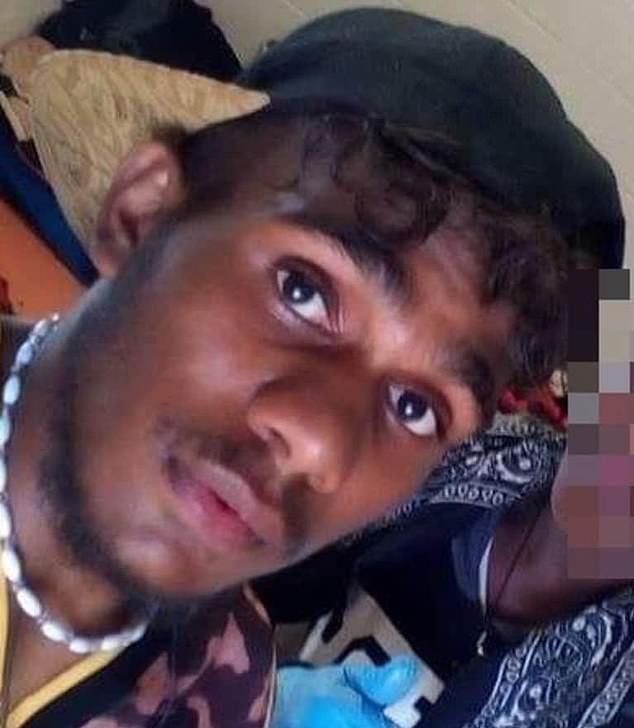 Kumanjayi Walker (pictured), 19, died on November 9, 2019 in Yuendumu after being shot

‘Taken at face value, I anticipate submitting to Your Honour that some of those text messages do suggest negative attitudes towards Aboriginal people that should and will cause great concern,’ Dr Dwyer said as she detailed the evidence the inquest would hear over the next three months.

She said she would not provide more details from the texts before Friday when legal argument will be heard about their inclusion in the inquiry.

Lawyers for Constable Rolfe are fighting to have them removed from evidence, along with 13 issues that have been raised for investigation about the officer’s recruitment, training, supervision and use of force. 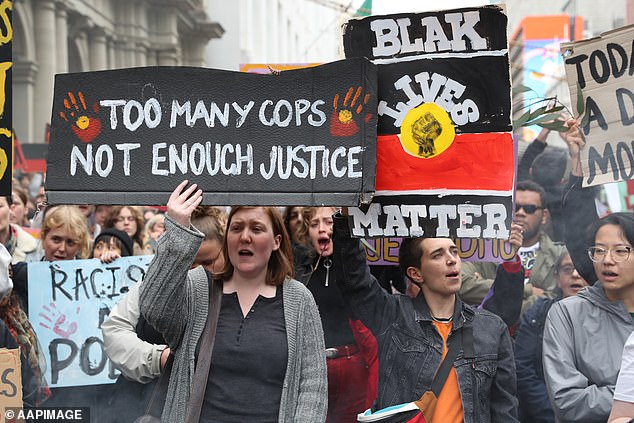 The inquest at Alice Springs Local Court comes after Kumanjayi Walker’s death sparked protests across the country. Pictured is a November 2019 protest in Melbourne.

But Dr Dwyer said any texts that show Constable Rolfe and other police officers had expressed negative sentiments about Aboriginal people should be seen by the coroner.

‘The purpose of this is not to demonise those who sent the text messages and it’s not to publicly criticise them, it is to understand why those negative attitudes have formed,’ she said. 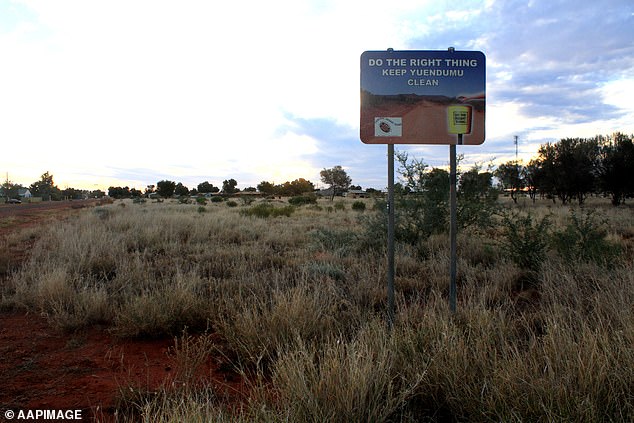 A welcome sign at the remote community of Yuendumu, where Kumanjayi Walker was shot

Dr Dwyer said the court could then work to prevent them developing.

‘If we don’t, those attitudes may lead again to deadly confrontation,’ she said.

The inquest at Alice Springs Local Court continues on Wednesday with evidence from Mr Walker’s family and community.

Among those appearing will be Aboriginal Community Police Officer Derek Williams, who was an uncle to Mr Walker and played a significant role in reassuring the frightened Yuendumu community.

Constable Rolfe was acquitted at trial in March of murdering Mr Walker after a six-week trial.