By Deirdre Simonds For Dailymail.com

Kristin Davis stunned in a knee-length, light blue dress during a costume fitting with designer Molly Rogers on the set of And Just Like That.

While reprising her role as Charlotte York from Sex And The City, the 56-year-old actress was nearly indistinguishable from any other Park Avenue princess as she tried on a few pairs of heels to match her preppy frock.

Preppy: Kristin Davis stunned in a knee-length, light blue dress during a costume fitting with designer Molly Rogers on the set of And Just Like That

The stylists captioned the picture: ‘AND… where is Charlotte going… and which shoe?’

Davis’ day on set comes after the unexpected death of her late pal Willie Garson, who died at 57 following a secret battle with pancreatic cancer.

As she grieved her Sex and the City costar, the performer shared a heartfelt tribute that described him as someone who could ‘immediately’ make her laugh. 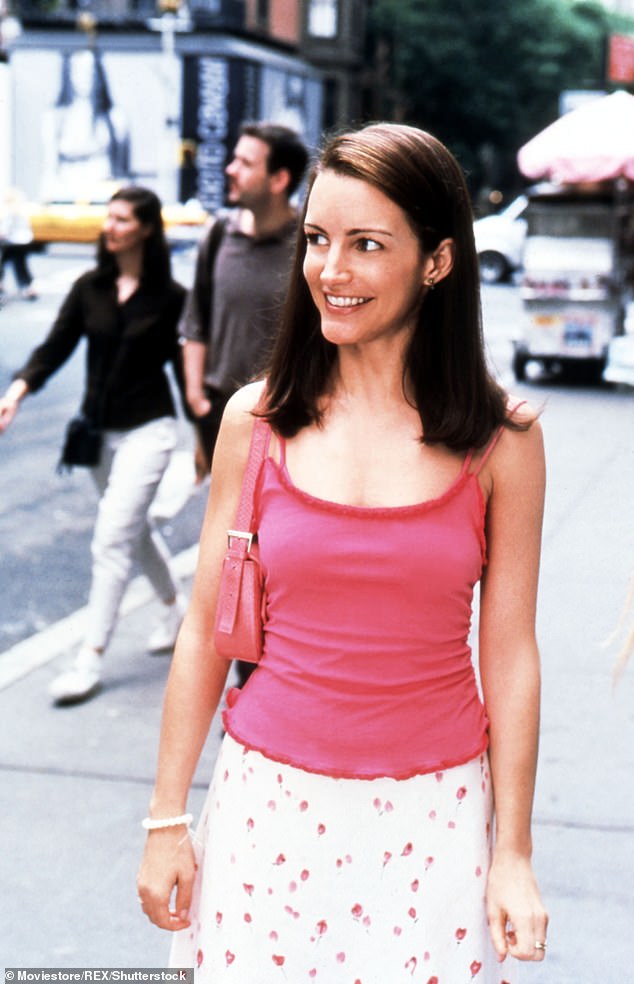 ‘I first met Willie in 1995 on the spooky nighttime set of the X-files,’ the Emmy nominee recalled. ‘Little did I know that we would have the joy of sharing Sex and the City + And Just Like That together.’

She continued: ‘Willie is beloved by our entire community. He was smarter and funnier than you ever would have imagined. We are bereft without him.’

The performer, who became a mom to her two children Gemma and Wilson through adoption, went on to pay homage to his ‘fearless commitment to single fatherhood.’ 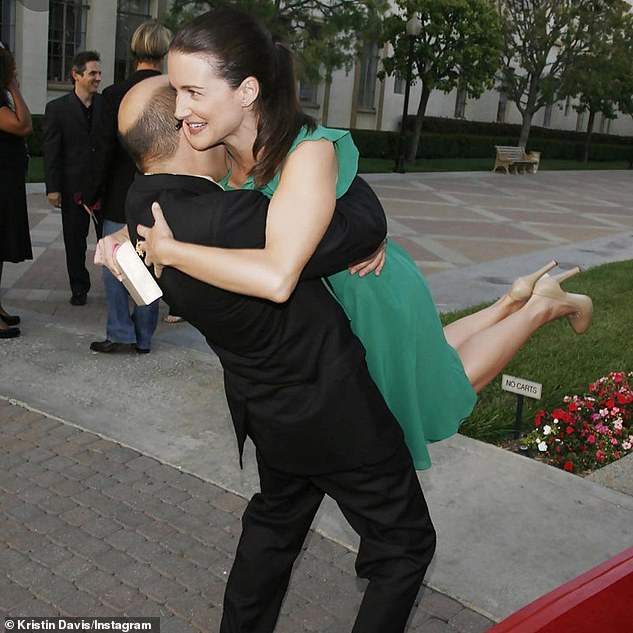 Longtime friends: Davis’ day on set comes after the unexpected death of her late pal Willie Garson, who died at 57 following a secret battle with pancreatic cancer; seen in 2007

‘We spoke about being single parents through adoption often,’ Davis told her more than one million Instagram followers. ‘And nothing gave him more joy and pride than his son Nathen.’

‘Nathen’s strength and wisdom beyond his years are evident in his beautiful tribute to his dad. The outpouring of love is earned dear Willie,’ she added.

The Deadly Illusions star concluded: ‘I am thankful for all of the time we had and grateful that so much of your bright light is on film forever. Maybe we can do our podcast the next time around? We love you forever xoxo.’

Garson adopted his 20-year-old son Nathan, when he was just seven and a half.

Adoption advocates: The performer, who became a mom twice through adoption, went on to pay homage to Garson’s ‘fearless commitment to single fatherhood’