Kotoni Staggs said he’d give in-form Shark Siosifa Talakai a run for his money when the two met on Thursday night – and he was true to his word as he beat his man to score a startling try late in the first half.

The pair are regarded as the frontrunners to fill injured Latrell Mitchell’s spot in the centres for game one of this year’s State of Origin series, and Staggs put his nose in front when he crossed in the 33rd minute at Suncorp Stadium.

After getting the ball 20 metres out from the line, the Broncos strike weapon pinned his ears back, got on the outside of Talakai and threw a dummy flick pass to winger Selwyn Cobbo. 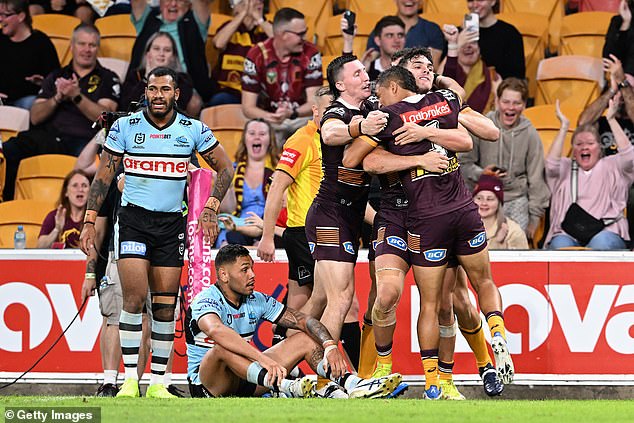 That put him one-on-one with Sharks flanker Ronaldo Mulitalo, who he hit with a devastating left-hand fend as he squeezed himself down the sideline and planted the ball over the stripe with his foot millimetres from touch.

It was a typical blend of speed, power and vision from Staggs, who had a breakout game against the Roosters in round five when he made his opposite number Paul Momirovski look average and stamped himself as one of the NRL’s form centres.

Talakai did exactly the same thing but even more so in Cronulla’s win over Manly last round, clocking up an incredible 193 metres, nine tackle breaks, two tries and two try assists in the first half alone. 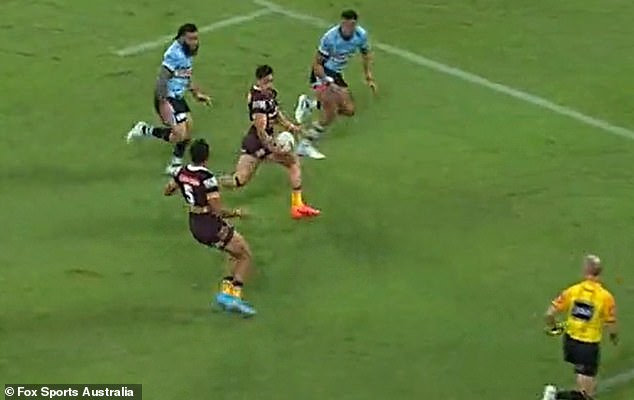 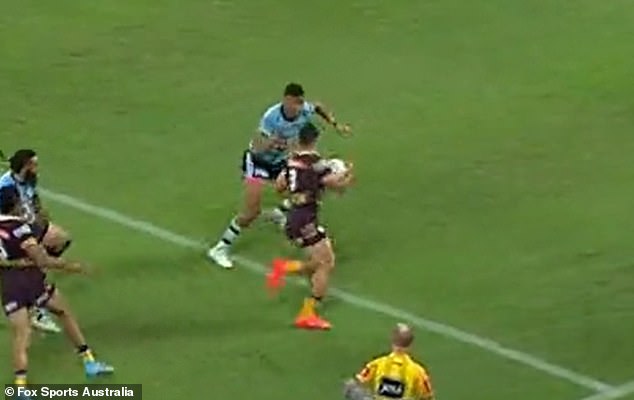 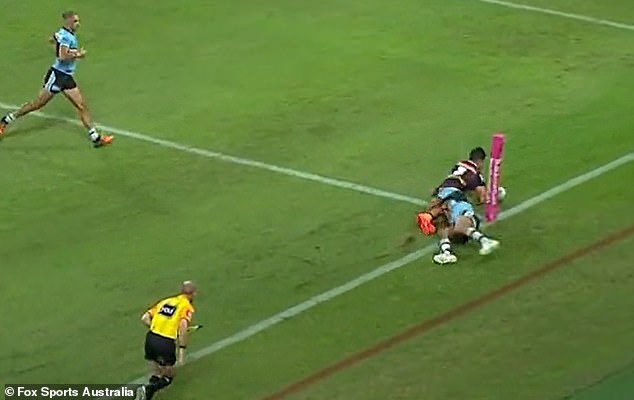 His first 40 minutes on Thursday night got off to a very different start as he knocked on with one of his first touches and failed to make much of an impact as the Broncos made a concerted effort to clamp down on him.

NSW Origin coach Brad Fittler is so keen on Talakai he’ll give him his blessing should the Shark decide to switch from the Blues to play for Tonga during this year’s series against Queensland.

The 25-year-old also has great utility value as he could slot in for the Blues both at centre, on the edge of the ruck and even in the middle of the field. 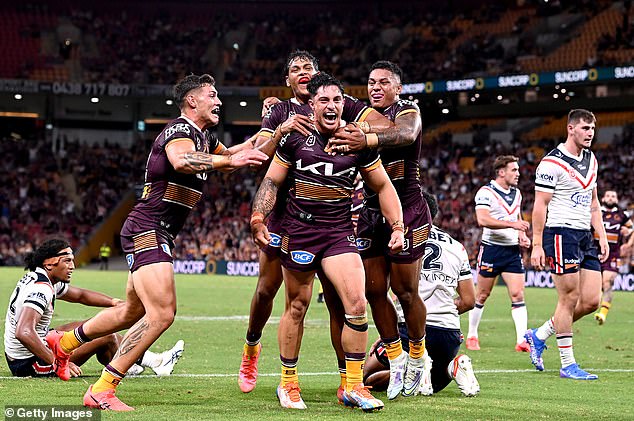 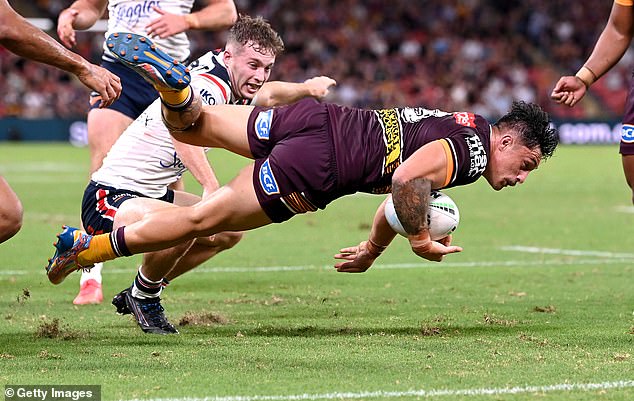 Broncos fans got a scare when star signing Adam Reynolds went down and looked distressed after he got his nose rearranged by an accidental elbow as he attempted a tackle close to Brisbane’s tryline.

The halfback was bleeding profusely by the time trainers got to him and he was taken straight from the field.