The mysterious crater in Siberia that’s five miles wide, has a 2,000ft-high ridge and contains so many precious metals it’s known as ‘treasure mountain’

A crater caused by a crashed meteor or the remnants of a colossal dormant volcano.

Those would appear to be the options for the origin of the alien-world-esque Kondyor Massif, a mysterious perfectly formed circle of rock 2,000ft high and five miles wide in Siberia’s far east.

But it turns out that this enigmatic geological wonder – a unique circular mountain range – is actually the result of a little-understood upward surge of crystallised molten magma called an ‘intrusion’.

This volcanic rock pushed up through 5,000 miles of mantle a billion years or so ago, but instead of exploding outwards, it crept to the surface.

Then the softer middle eroded, leaving a formation that mimics a volcano.

To see Kondyor in all its glory, it’s best to view it from the air or take a look from space, as Nasa revealed.

The U.S space agency photographed the phenomenon in 2006 using the Advanced Spaceborne Thermal Emission and Reflection Radiometer (Aster) on the Terra satellite.

The results were striking – a satellite image draped over a topographical model from Aster underscored just how unlike anything else in the world Kondyor really is. 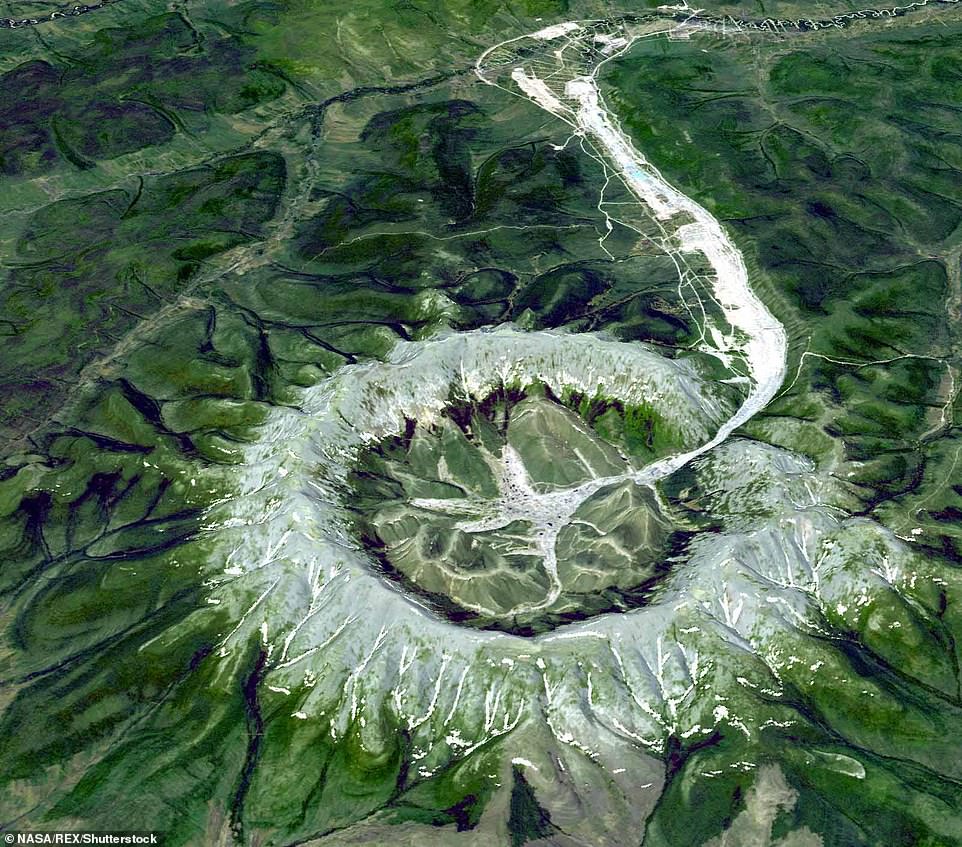 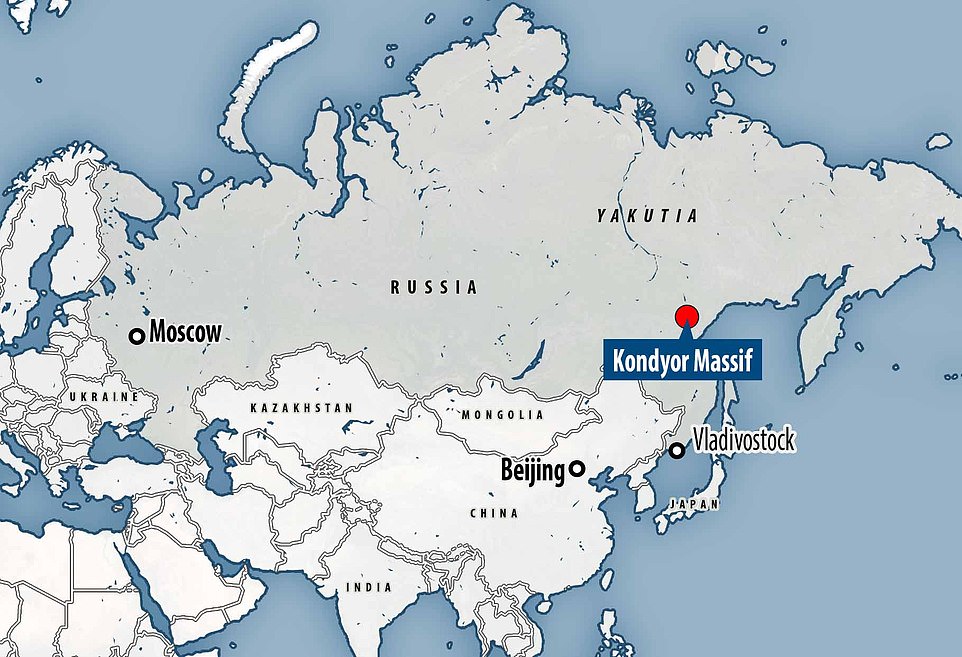 The Kondyor Massif is exceptionally remote, 1,100km (684 miles) from the nearest city, Khabarovsk 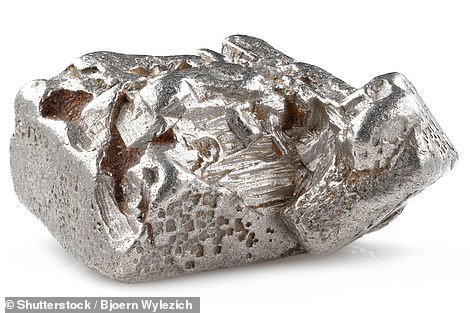 A 2.5g platinum nugget from the Kondyor Massif

It’s no wonder that the indigenous population thought the circle to be sacred, calling it ‘Urgula’.

Those in the mining industry, however, call it ‘Treasure Mountain’ – because the site contains a vast trove of precious metals.

Gold, silver, platinum and platinum-iron crystals 1.5cm long have been found there.

Unique to Kondyor, some of these platinum nuggets are covered in gold, or a ‘golden shirt’.

The strange rock formation also boasts its own mineral, called Konderite – a mixture of copper, platinum, rhodium, lead and sulphur.

Miners plunder four tonnes of platinum annually from Kondyor, and mining for plutonium began in 1984.

But be warned if you fancy visiting and making your fortune after the coronavirus lockdown – the Kondyor Massif is exceptionally remote, 1,100km (684 miles) from the nearest city, Khabarovsk. Plus, there’s no tourist infrastructure and you’ll need a special permit to enter the area.