Kalyn Ponga couldn’t eat for DAYS before courageous performance in loss to Raiders, coach reveals – after star was seen dry-retching on the field

Newcastle coach Adam O’Brien revealed Kalyn Ponga couldn’t eat for days before the Knights narrow loss to Canberra due to a stomach bug.

The Newcastle skipper looked on the verge of throwing up during the Knights’ 20-18 loss to the Raiders and O’Brien revealed the extent of the issue after the game.

‘He couldn’t eat, he wasn’t in a good way. I could tell it was going to be a real ask for him. But Kalyn being Kalyn said “I need to be out there”,’ he told Fox League.

‘He hasn’t eaten for a few days. There’s not much of him as it is. He doesn’t get a lot of wraps for his toughness, Kalyn. There’s people who want to get stuck into him a bit.

‘But I know, and we know what we’ve got with him. We wouldn’t swap him for anyone.’

The Raiders led 14-0 through just 25 minutes but threw it away to trail 18-14 late in the second half and look destined for a shocking loss before Hudson Young’s last-minute try lifted them to victory.

Reeling from last week’s 36-point belting at the hands of Penrith, the Knights dug in after a poor start and only trailed 14-12 when Kalyn Ponga set up Mat Croker to score with more than 20 minutes to play. 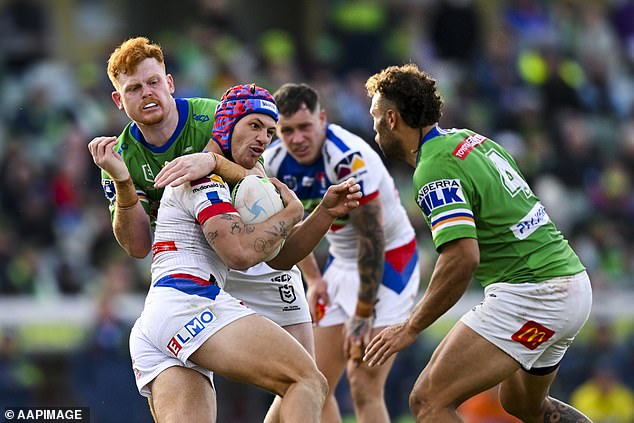 They led soon after when a dashing Adam Clune found Edrick Lee to trample Canberra fullback Xavier Savage and score for 18-14, before Canberra’s last-minute heroics.

The Raiders move to 7-8 for the season and are now just one win behind eighth position, having won their fifth game in seven outings.

Along with Young, who found 141m to go with his try, they can thank star props Joe Tapine (180m) and Josh Papali’i (185m) for the win, the pair having controlled the middle with dominant displays.

As if Tapine’s outstanding running form wasn’t enough, he added ball-playing to his repertoire with a bullet pass to assist Nick Cotric’s opener, although the winger’s finish did take a spiralling effort. 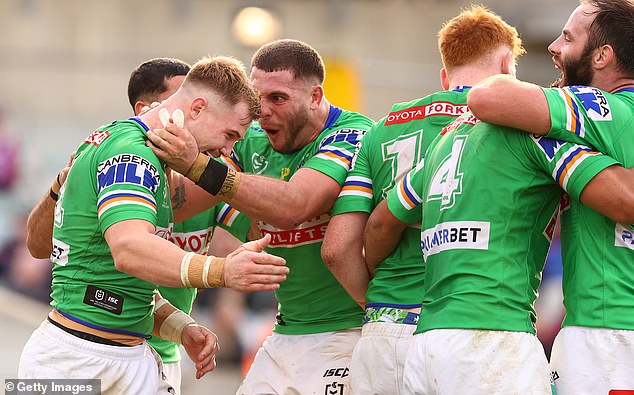 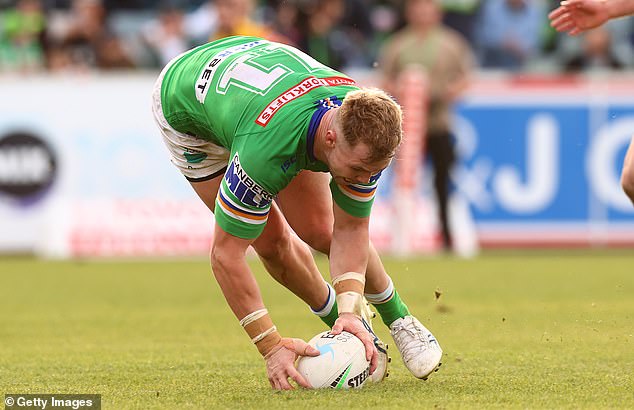 Canberra punctuated their strong start through Matt Timoko, who broke a weak Knights’ tackle and carved through the line for 8-0 inside 20 minutes.

But the half’s highlight was still to come as Savage rose above Newcastle defenders to gather a Jamal Fogarty bomb.

Kurt Mann finally got the Knights on the board right on halftime. 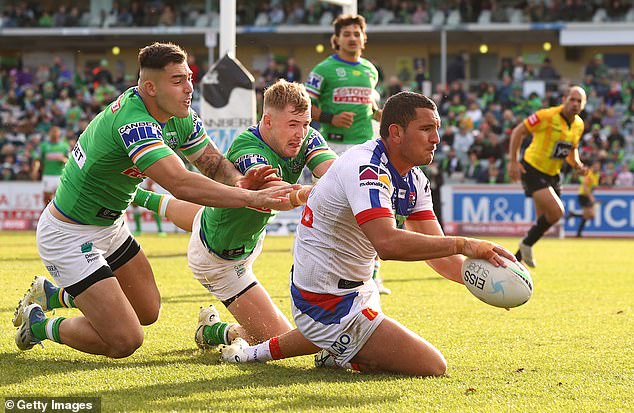 Errors killed early progress towards a Newcastle comeback. The Knights completed at just 65 per cent in the first half, while conceding crucial penalties when they had field position to let the Raiders off the hook.

Canberra were hardly any more convincing with their ball security, completing at just 72 per cent and barely more than 50 per cent after completing their first 12 sets of the match.

It was an improved showing from the Knights, but it does spell serious trouble for their finals hopes, with the club now 4-10 and three wins back from eighth.