Knife rampage at kindergarten leaves three dead and six wounded: Killer on the run after attacking children in China

By Afp and Chris Jewers For Mailonline

Three people were killed and six others wounded in a knife rampage on Wednesday at a kindergarten in southeast China’s Jiangxi province.

A ‘gangster wearing a cap and mask’ stormed the private kindergarten in Anfu county at about 10:00 am local time (0200 GMT), police said.

The 48-year-old suspect is still at large. ‘Public security organs are making every effort to hunt down the suspect,’ a police statement added.

In a video of the scene shared by state-run Beijing Daily, a police officer can be seen carrying a small child in his arms to an ambulance.

Other children can also be seen being carried from the building by other adults – presumably either parents or teachers.

CCTV images of a man, believed to be the suspect, were also released to local media. They showed he was wearing a face mask, baseball cap, a white shirt and cream-coloured trousers and shoes. He was also carrying a black satchel bag.

The ages of the victims have not been announced. 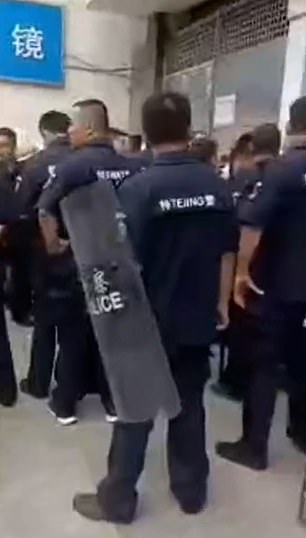 Left: In a video of the scene shared by state-run Beijing Daily, a police officer can be seen carrying a child in his arms to an ambulance. Right: Police officers are shown gathered outside the kindergarten in southeast China ‘s Jiangxi province 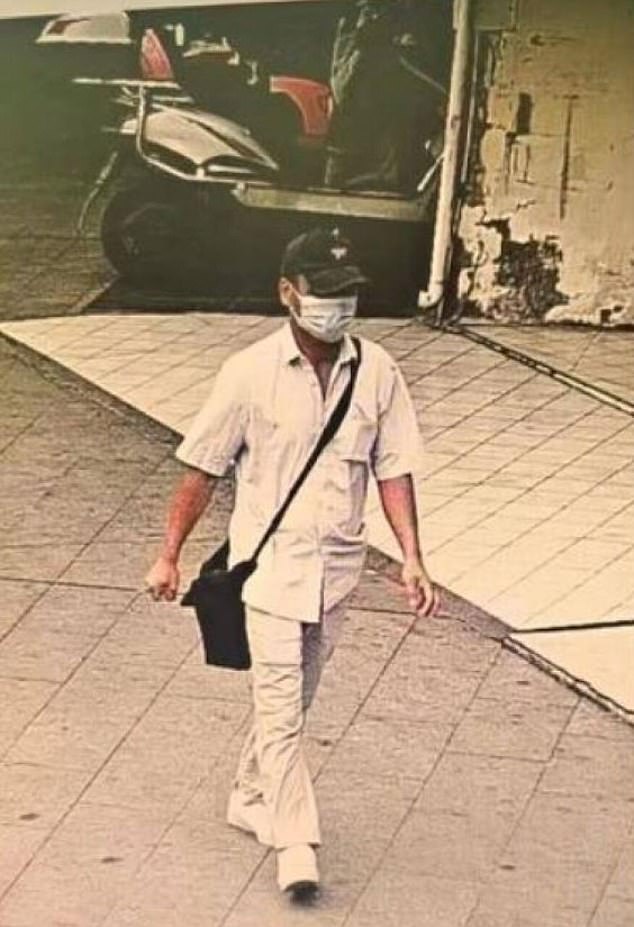 The 48-year-old suspect is still at large, police said, with news channels carrying a picture of a man in a face mask and a baseball cap (pictured). ‘Public security organs are making every effort to hunt down the suspect,’ the police statement said

Mass violent crime is rare in China, which strictly prohibits citizens from owning firearms, but there has been a spate of mass stabbings in recent years.

And fatal attacks specifically targeting kindergarten and school students have occurred nationwide, carried out by people reportedly wishing to wreak revenge on society or because of grievances with colleagues.

The attacks have forced authorities to step up security and prompted calls for more research into the root causes of such violent acts.

Around 100 children and adults have been killed and hundreds injured over the past decade in apparently uncoordinated, ‘lone wolf’ attacks in which the motive was unclear and the overwhelmingly male assailants were either killed, ended their lives or were put on trial and executed.

Last April, two children were killed and 16 others wounded when a knife-wielding man entered a kindergarten in southern China. 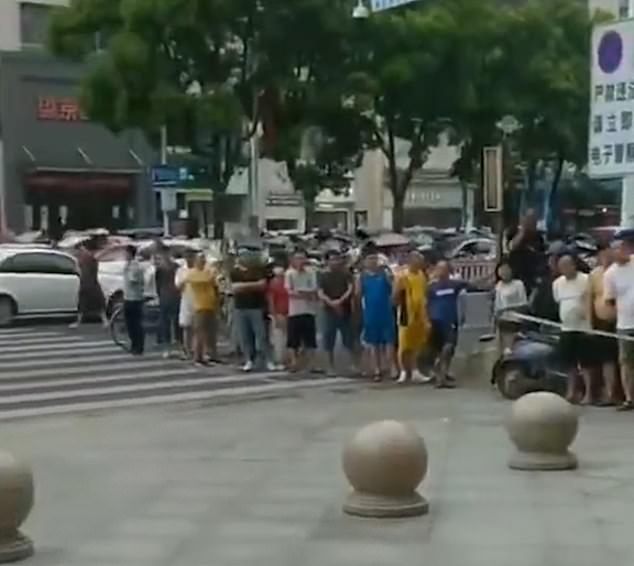 Pictured: People are shown gathered outside the private kindergarten in Anfu county, which was stormed by an unidentified knifeman at about 10:00 am local time on Wednesday 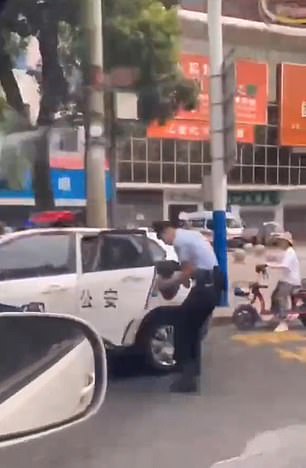 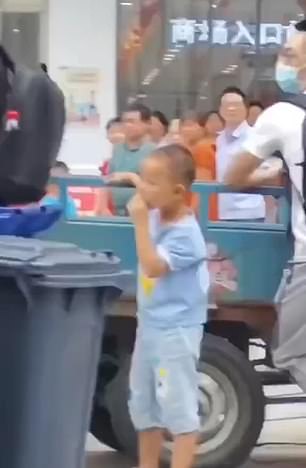 Left: A police officer is shown taking an injured boy from his patrol car towards an ambulance. Right: A concerned boy watches on from outside the kindergarten

In 2020, a knife-wielding attacker wounded 37 students and two adults at a primary school in southern China. Local media identified a security guard as the perpetrator.

And later that year a man was sentenced to death for poisoning dozens of children in an act of revenge against a colleague that left one toddler dead.

A court in the central Chinese province of Henan said the accused, Wang Yun, put sodium nitrite into porridge being prepared for her colleague’s students, causing 25 people to fall sick.

In other more recent attacks, four people were wounded in a stabbing at a major Shanghai hospital last month before the knife-wielding assailant was shot and subsequently arrested by the police.

Six people were also killed and 14 wounded after a man stabbed passersby on a pedestrian shopping street in the eastern Chinese city of Anqing in June last year.

Acts of violence against China’s youth resonate especially strongly due to the country’s chronically low birth rate, partly due to decades of population control policies.