Armed police were seen running through traffic next to Hyde Park as three people were stabbed amid the easing of lockdown measures.

Police officers were seen rushing across the road through lanes of traffic after a  stabbing outside Hyde Park. 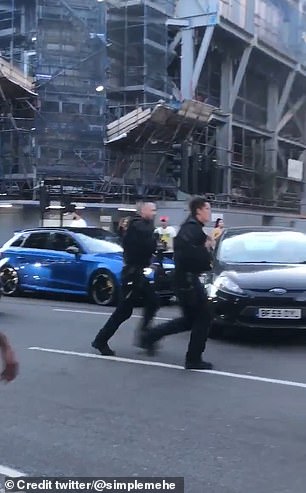 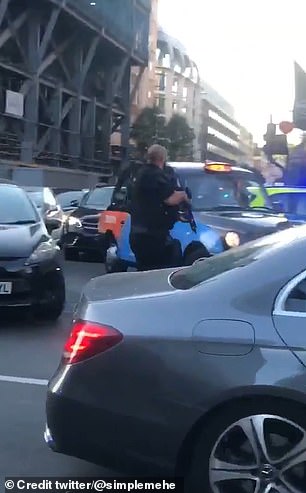 Sirens can be heard as a large group of police officers are already attending the scene.

Traffic was almost at a standstill as the police officers ran across the busy road.

This comes as Britons packed into Hyde Park today as coronavirus lockdown measures are beginning to be relaxed.

People flocked outdoors this weekend after Boris Johnson announced that from Monday, groups of up to six people will be allowed to meet in public spaces, including parks, and private gardens.

Many sun-seekers jumped the gun and ignored warnings not to flout lockdown, instead crowding into parks across London to enjoy the scorching 82F (28C) weather.

The Metropolitan Police confirmed that three people were stabbed but nobody was injured.