She’s King Willem-Alexander of the Netherlands’ niece and fifth-in-line to the Dutch throne, yet Countess Eloise of Orange-Nassau says she ‘didn’t expect’ her huge social media following after taking her private life public.

A true up-and-coming Instagram star, with 75,000 followers so far, having jumped by 45,000 in just a day, the 18-year-old is offering royal enthusiasts a glimpse into her stylish lifestyle.

Her feed comes complete with an enviable wardrobe and plentiful getaways to Marbella, Rome, Austria, Malta and Mexico – with three of those appearing to be taken within the last year.

But for Eloise, whose grandmother Beatrix is the former Queen of Netherlands, Instagram is about ‘showing people that you can be yourself’ – and she says she isn’t put off by being one of the few members of her royal family to have a public personal account.

Countess Eloise of Orange-Nassau, who turned 18-years-old at the start of the month, has spoken out about her popularity on Instagram 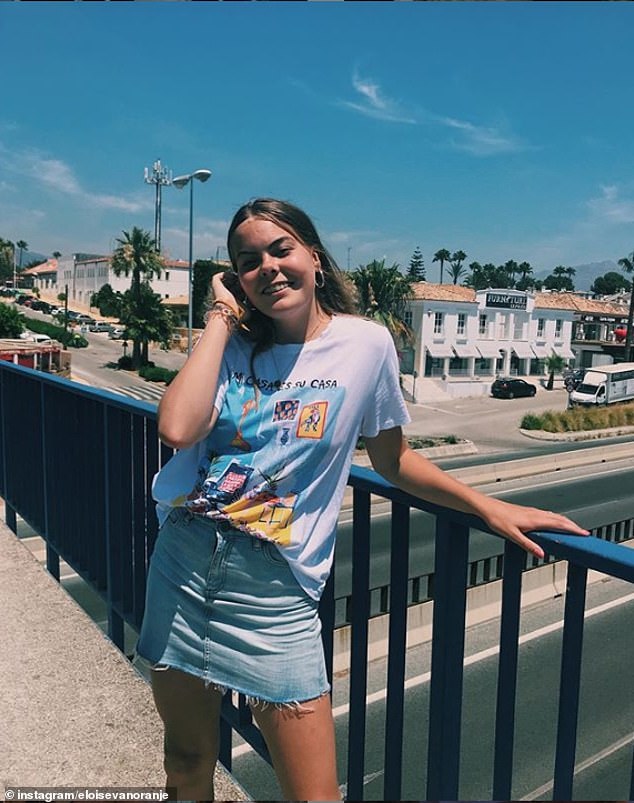 The youngster, who has racked up 75,000 followers on Instagram, is fifth-in-line to the throne of the Netherlands

‘I think people see me as an authentic and open person’, she said on Wednesday in her first ever interview, according to NOS Jeugdjournaal – a Dutch news program aimed at children.

‘I think it’s fun that I am one of the few people in my family that has a public account. I think a lot of people like seeing that, “oh, she’s also a normal girl.”

‘I just want to broadcast a little bit of positive energy. I have fun and stuff. I think people like seeing that too. Be positive, and you’ll be alright.’

Eloise lives in The Hague, along with her parents Princess Laurentien and Prince Constantijn, who is the brother of King Willem-Alexander. 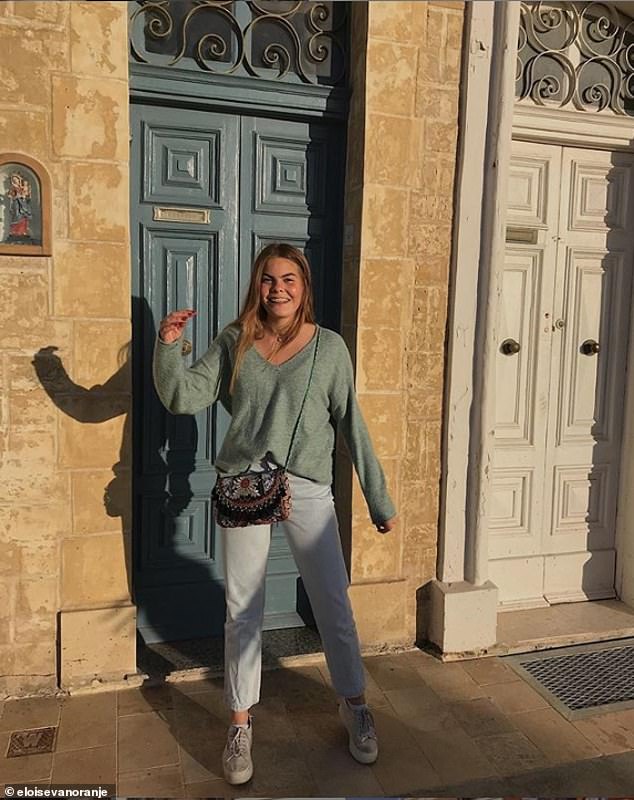 The royal, whose uncle is King Willem-Alexander, often shares snaps of her exotic and luxurious adventures online 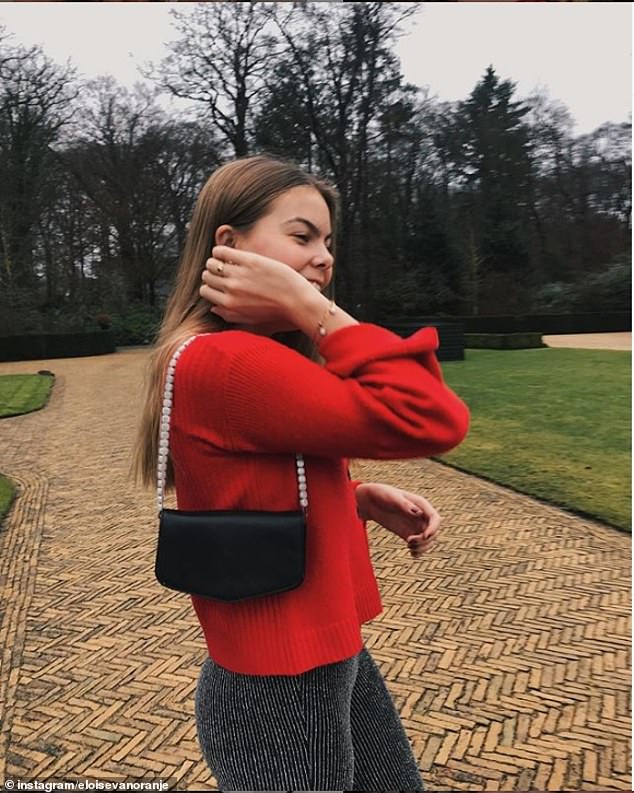 The youngster, who turned 18 at the beginning of June, shares snaps on her page including sultry selfies and photos of her family enjoying lavish holidays across Europe.

In other photos shared on the page, which is the only public Instagram of the younger Dutch royals, she can be seen dancing at music festivals and posing with friends.

Celebrating her recent following increase, she wrote: ‘Holy… I did not expect this… I am so happy with all the lovely messages I received (and I try to answer them as much as possible) love you so much.’

But it hasn’t all been positive reactions to her Instagram posts, with the teenager receiving negative comments on her high school graduation post. 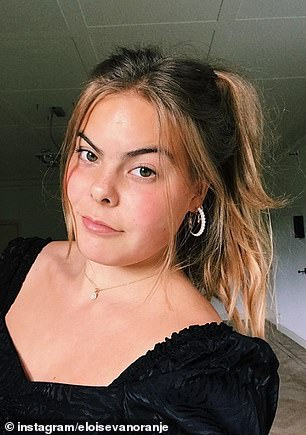 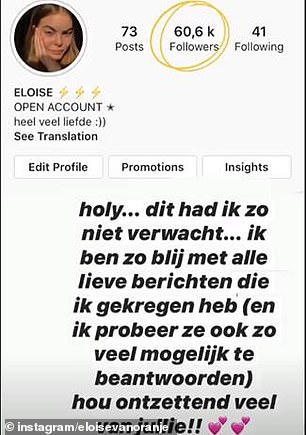 Celebrating her recent following increase, Eloise (pictured left) wrote (right): ‘Holy… I did not expect this… I am so happy with all the lovely messages I received (and I try to answer them as much as possible) love you so much’ 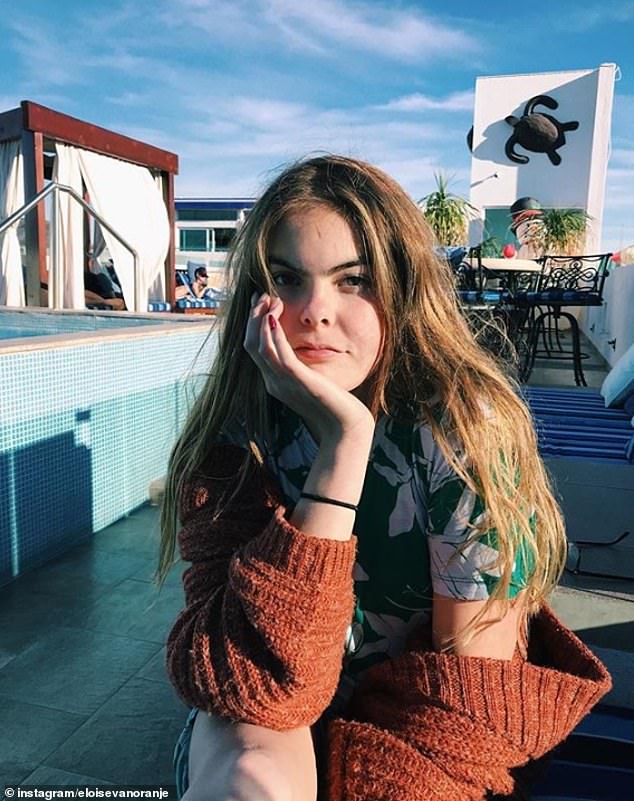 The youngster (pictured in Mexico), who turned 18 at the beginning of June, shares snaps on her page including sultry selfies and photos of her family enjoying lavish holidays across Europe

Trolls accused her of being undeserving and made unfounded claims that she had probably been gifted her diploma for being the king’s niece.

Eloise was quick to put the social media users in their place, recalling: ‘I told them to mind their words because they were saying this about a 17-year-old child.

‘Many people say that you shouldn’t give the negative responses any attention, but I thought, I am just going to do it because every time there is something big, there will be something we supposedly did wrong.’

Eloise is the eldest grandchild of Princess Beatrix, the Netherlands’ former queen – but has remained largely out of the public eye so far, along with her younger siblings Count Claus-Casimir and Countess Leonore. 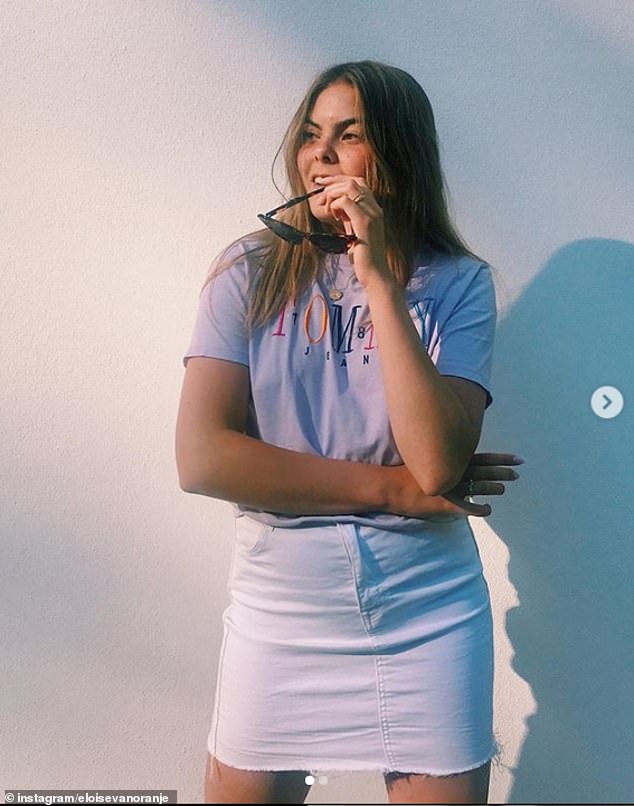 In other photos shared on the page, which is the only public Instagram of the younger Dutch royals, the teenager (above) can be seen dancing at music festivals and posing with friends 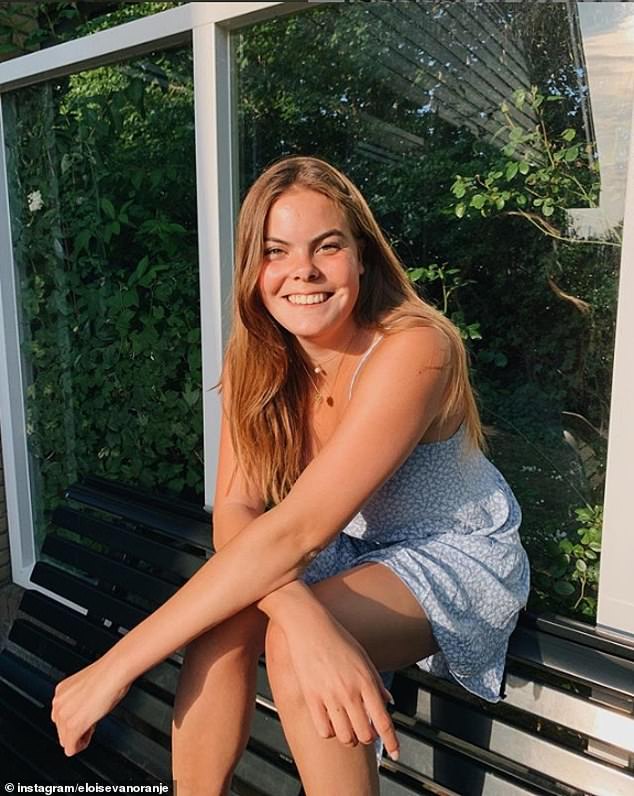 The family are seen on some royal occasions, such as the annual winter photo call in Lech, Austria.

Eloise was a member of the Royal House of the Netherlands until her grandmother’s abdication in favour of her uncle.

She and her siblings then ceased being part of the household, but remain members of the royal family.

Eloise was christened at the Church of the Netherlands on 15 December 2002 at the Royal Chapel of Het Loo Palace in Apeldoorn.