Congratulations from Charles R and Camilla R: King sends the first telegrams of his reign to people celebrating 100th birthdays – with cards showing a relaxed-looking monarch smiling with the Queen Consort

King Charles has sent the first telegrams of his reign to people celebrating their 100th birthdays.

Unlike the late Queen’s telegrams to centenarians, which pictured her alone, King Charles’s cards show a relaxed-looking monarch smiling with the Queen Consort.

The message, signed by both ‘Charles R’ and ‘Camilla R’, reads: ‘My wife and I are so pleased to know that you celebrated your one hundredth birthday. This brings our warmest congratulations and heartfelt good wishes on such a special occasion.’ The Rs stand for Rex – King – and Regina, Queen.

Irene Lloyd of Lymm, Cheshire, was one of the first people to be receive a 100th birthday greetings card sent by Charles III and Queen Camilla 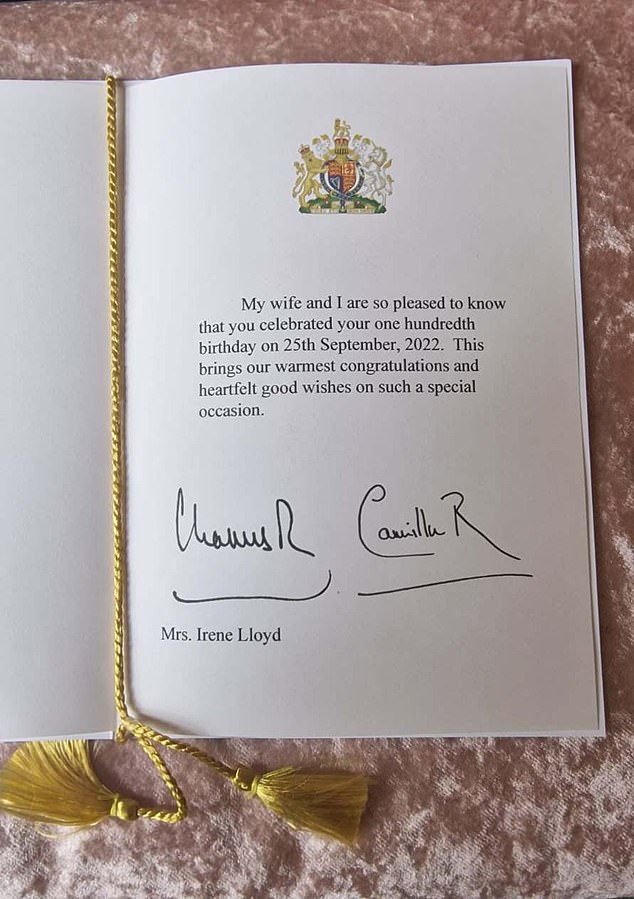 The card is signed by both ‘Charles R’ and ‘Camilla R’, the Rs stand for Rex – King – and Regina, Queen

Buckingham Palace approved the photograph before the first telegrams were sent out by the Cabinet Office last week.

Irene Lloyd, of Lymm, Cheshire, marked her 100th birthday on September 25 and yesterday became one of the first recipients.

Mrs Lloyd, who worked on a dairy farm during the Second World War, said: ‘I was really thrilled to receive a card from the new King and Queen. With the death of the late Queen, I thought people who were 100 at the time might have missed out, so it was a nice surprise to receive mine.’

Her son and carer Ian Lloyd handed the card to her when it arrived. Mr Lloyd, who is also a royal historian, said: ‘Having thought we would see a photo of an elderly man in a suit, or at best in a uniform, it was great to have a friendlier image of the royal couple together. 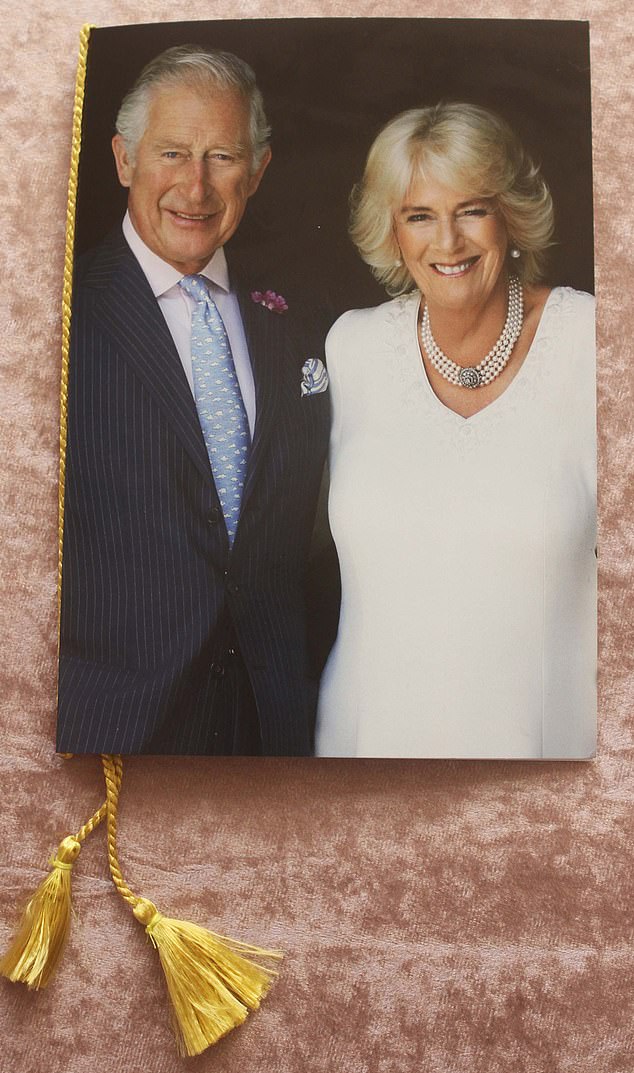 Unlike the late Queen’s telegrams to centenarians, which pictured her alone, King Charles’s cards show a relaxed-looking monarch smiling with the Queen Consort

‘Prince Philip never appeared on the Queen’s cards and you have to go back to the war years when a monarch and consort last sent images of themselves to the public from the Palace.’

Royal telegrams go to those marking 100th and 105th birthdays, then every one after that.

The photo of the monarch on the card is updated every five years.

King Charles’s cards are more similar to those sent out by his grandfather King George VI, which also featured his wife Queen Elizabeth, later the Queen Mother.