A grinning Prince William shook off his brother’s barbs as he left Windsor with Kate today as Charles also tried to laugh off the carnage caused by his youngest son.

The Prince of Wales was laughing with his wife and looked relaxed as the couple got back to business and Prince Harry’s PR blitz to promote his memoirs appeared to be over.

William has been at the centre of attacks by his younger sibling, who even claimed in Spare that the heir to the throne attacked him and hurled him to the floor by the collar in a blazing row when William called Meghan ‘difficult’, ‘rude’ and ‘abrasive’.

And in Harry’s interviews with US and UK broadcasters he continued to hammer his older brother for his role in Megxit, which is said to have left William seething.

But he showed no sign of that anger as he chatted happily with the Princess of Wales as they exited the grounds of Windsor Castle.

And at around the same time King Charles made his first public engagement since the release of Prince Harry’s bombshell memoir, which laid bare the extent of the rift in the Royal Family.

His Majesty was laughing with locals in Aberdeenshire this morning to visit a foodbank and local charities as his son sparked the worst royal crisis since the death of Princess Diana in 1997. Charles petted dogs and also spoke to charity workers, thanking them for coming and saying: ‘I hope you don’t get too cold’.

One woman was from Down Under. The King told her: ‘Send my love to Australia’. 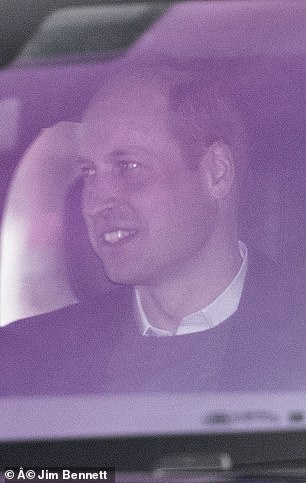 A grinning Prince William shook off his brother’s barbs as he left Windsor with his Kate today. 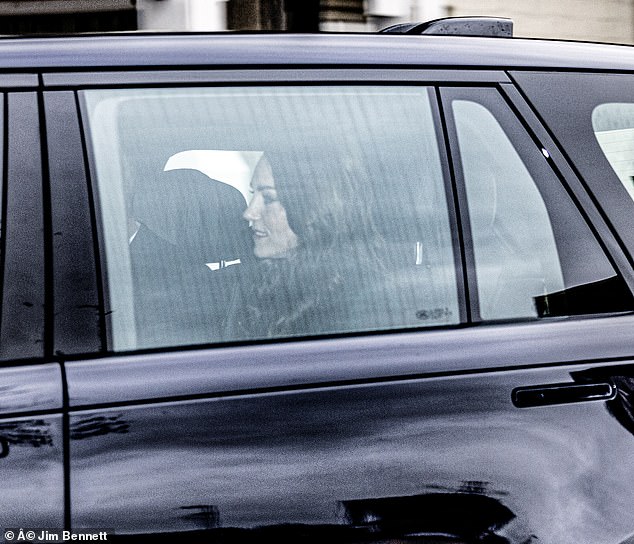 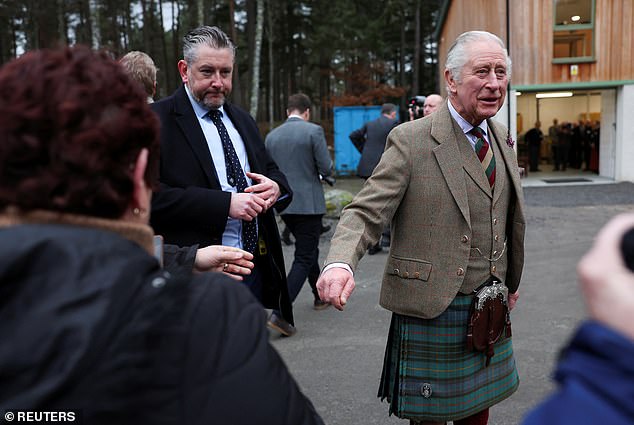 Britain’s King Charles visits the Aboyne and Mid Deeside Community Shed, on his first engagement since the book release

The Duke of Sussex’s words have sparked headlines for days due to claims he was attacked by his brother the Prince of Wales, he killed 25 Taliban members during the Afghanistan war and took illegal drugs.

During the King’s Scottish engagement, was greeted by Lord Lieutenant Sandy Manson before being given a tour of the Aboyne and Mid-Deeside Community Shed’s ground floor.

During his visit to the home to the Aboyne Men’s Shed workshop, Charles watched craft skills in action, including wood and stone carving, and meet the men who gather there weekly.

He is also expected to meet representatives from other charities and voluntary groups, including the Inverurie-based Aberdeenshire North Foodbank, Gordon Rural Action and Young at Heart Deeside.

Tipped by industry experts to be one of the year’s biggest books, Spare contains a series of revelations about royal life.

According to the publisher, the English language edition of Spare sold more than 1.4 million units in all formats and editions in the United States, Canada and the UK on January 10 when it first hit bookshop shelves.

Speaking about the record sales, president and publisher of the Random House Group Gina Centrello said: ‘While many books by public figures can be fairly categorized as ‘celebrity memoir,’ Spare is not that.

‘Vulnerable and heartfelt, brave and intimate, Spare is the story of someone we may have thought we already knew, but now we can truly come to understand Prince Harry through his own words.

‘Looking at these extraordinary first day sales, readers clearly agree, Spare is a book that demands to be read, and it is a book we are proud to publish.’ 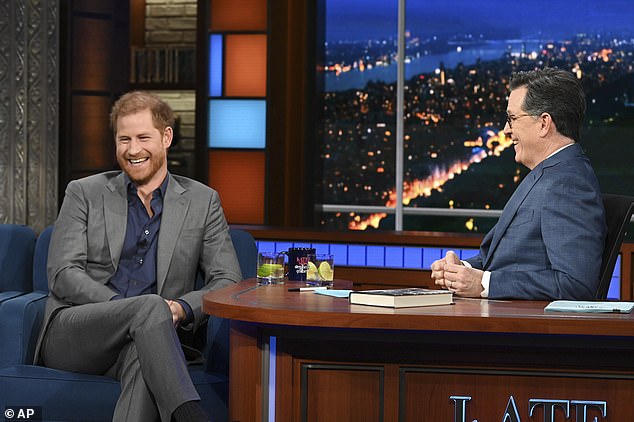 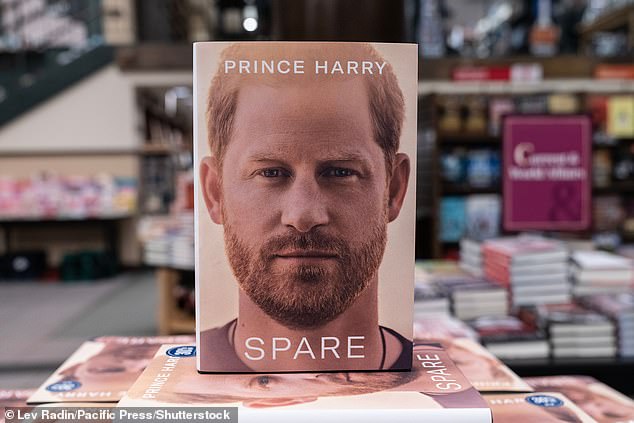 According to the publisher, the English language edition of Spare sold more than 1.4 million units in all formats and editions in the United States, Canada and the UK on January 10 when it first hit bookshop shelves

It was reported overnight that Harry will not be welcome at his father’s coronation in May in light of the barrage of criticism levelled against his family in his new book.

Senior royals have baulked at the thought of spending time with him at the historical event in case their conversations ‘end up in the paperback’ edition of his memoir, The Sun reported.

It is unclear whether Charles will invite his younger son to the Coronation, or whether Prince Harry would accept.

The Duke of Sussex launched an attempted charm offensive this week, appearing on US talkback shows mocking royal protocol to promote his bestselling memoir, Spare.

But he has dodged whether he will attend the Coronation of his father. In the publicity blitz for Spare, the Duke of Sussex told Tom Bradby that ‘a lot can happen between now and then’ when asked if he will go to see his father crowned in May.

One source claimed this week that: ‘The family expects Harry and Meghan to find a reason not to be there’.