Kim Jong Un’s wife has made her first public appearance in over a year after speculation her absence could be coronavirus-related or because of a potential pregnancy.

Ri Sol Ju, believed to be in her early 30s, joined her husband at a concert commemorating the birthday of his father and predecessor Kim Jong Il, North Korean state media reported on Wednesday.

The anniversary is known as the Day of the Shining Star, and is one of the country’s most important public holidays.

Ri was last seen in January 2020 at an event for the Lunar New Year holiday.

Her extended absence prompted questions over her health, whether she might be in seclusion to avoid any risk of coronavirus infection, or pregnant. The couple are believed to have three children.

Ri Sol Ju, the wife of North Korean leader Kim Jong Un, has been seen in public for the first time in over a year 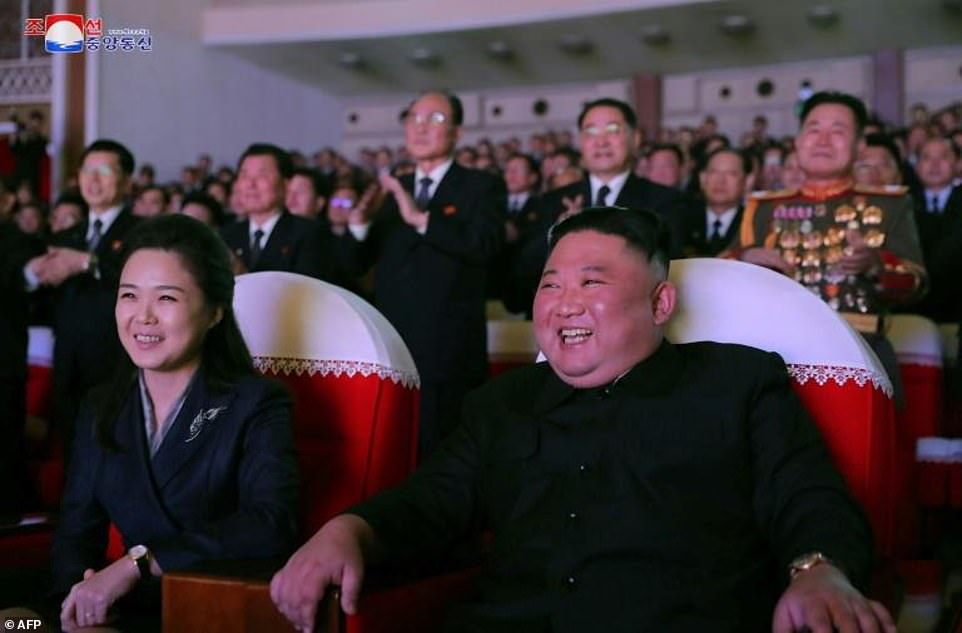 ‘As the General Secretary came to the auditorium of the theatre together with his wife Ri Sol Ju amid the welcome music, all the participants burst into thunderous cheers of ‘Hurrah!” the official KCNA news agency reported.

None of the audience members or performers wore facemasks in the pictures.

The impoverished country has been under self-imposed isolation since closing its borders in January last year, to try to protect itself from the pandemic that has swept the world since first emerging in neighbouring China. 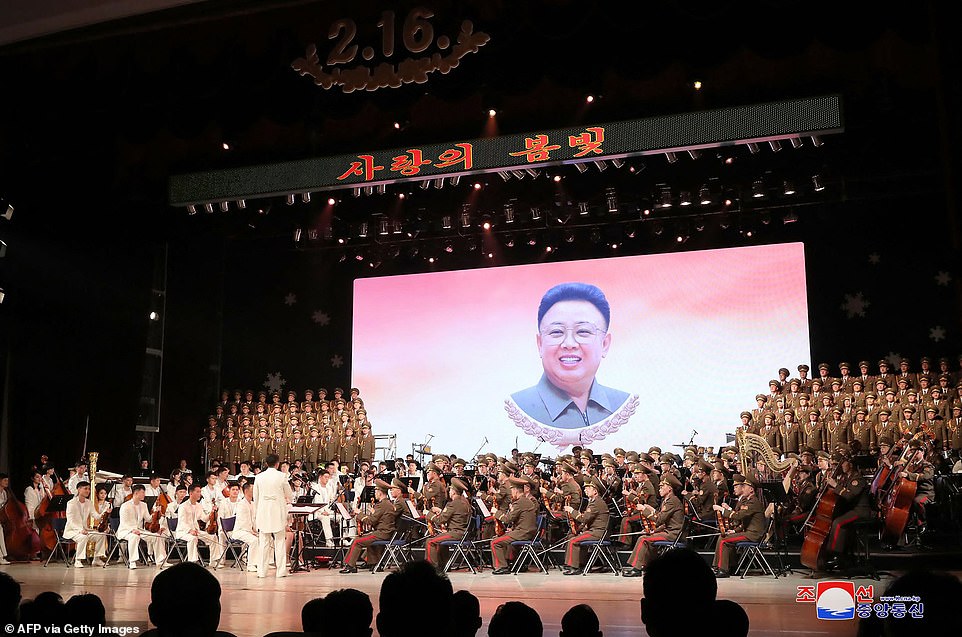 Kim has repeatedly insisted that the country has had no coronavirus cases, although outside experts doubt those assertions.

Wednesday’s report and photos came a day after South Korea’s National Intelligence Service told lawmakers that Ri was ‘playing well with her kids’, and was refraining from public activities due to the coronavirus pandemic.

Before her lengthy absence, Ri joined her husband on numerous ‘field guidance trips’ and for meetings with foreign leaders, including the South’s president Moon Jae-in and China’s Xi Jinping.

‘Because of Covid, no foreign leaders made visits to the North last year, nor was Kim able to make such trips that would require his wife’s attendance,’ Yang Moo-jin, a professor at the University of North Korean Studies in Seoul, told AFP.

‘It looks like Ri just focused on raising her kids, ensuring they are safe and well.’

A former star singer, Ri, believed to be in her early 30s, emerged into the public eye in 2012.

She is regarded as one of the most high-profile women in the isolated, deeply patriarchal nation, alongside her husband’s sister and close adviser Kim Yo Jong.