The parents of a young girl who died after being mown down by a speeding driver last night welcomed moves to introduce life sentences for motorists who kill.

Violet-Grace Youens, four, was left in the road after being struck at 83mph by convicted burglar Aidan McAteer, 23, in a stolen Ford Fiesta.

He was jailed for nine years and four months after admitting her death by dangerous driving and causing serious injury to Violet Grace’s grandmother, Angela French, 58.

Violet-Grace Youens, four, died after being mown down by a speeding driver in a 2017 crash in St Helens

McAteer had run two red lights before the March 2017 crash and stepped over Violet-Grace’s prone body as he fled the scene in St Helens, Merseyside.

He then went on the run to Amsterdam but was shopped by his own mother. 4

Yesterday Justice Secretary Robert Buckland announced ‘Violet-Grace’s law’ was being introduced, meaning motorists who cause death by speeding, racing or using a mobile phone could face life terms from next year.

There will also be tougher penalties for those who kill under the influence of drink or drugs.

On Sunday night Violet-Grace’s father, Glenn, 33, said the legislation was his daughter’s ‘legacy’. 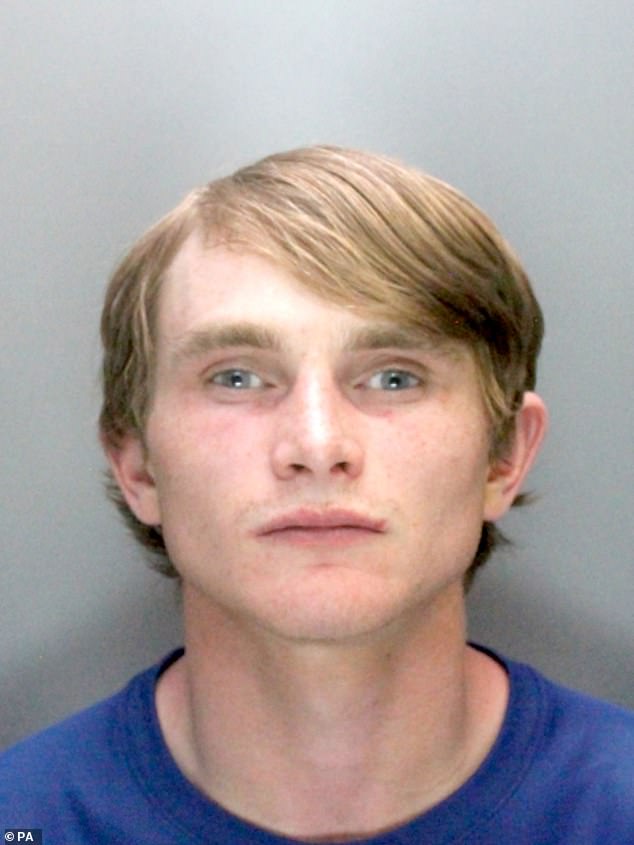 She was left in the road after being struck at 83mph by convicted burglar Aidan McAteer (pictured), 23, in a stolen Ford Fiesta

Mr Youens, a specialist interior finisher, said: ‘The system is supposed to be on the side of victims, not criminals, now hopefully this new law will help families feel like they have justice.

‘It won’t make a difference to us, but Violet saved two lives through organ donation and now maybe countless more will be saved if a life sentence acts as a deterrent to anyone thinking of getting behind the wheel and driving recklessly or under the influence of drink.

‘Violet has done more in her four years and five months than most people achieve in a lifetime, that will be her legacy.’

Her mother, Rebecca, 33, a paediatric nurse, added: ‘Our lives have been ruined, we struggle to get out of bed some mornings and we will never be the same again. Violet was our first born, she was our world. 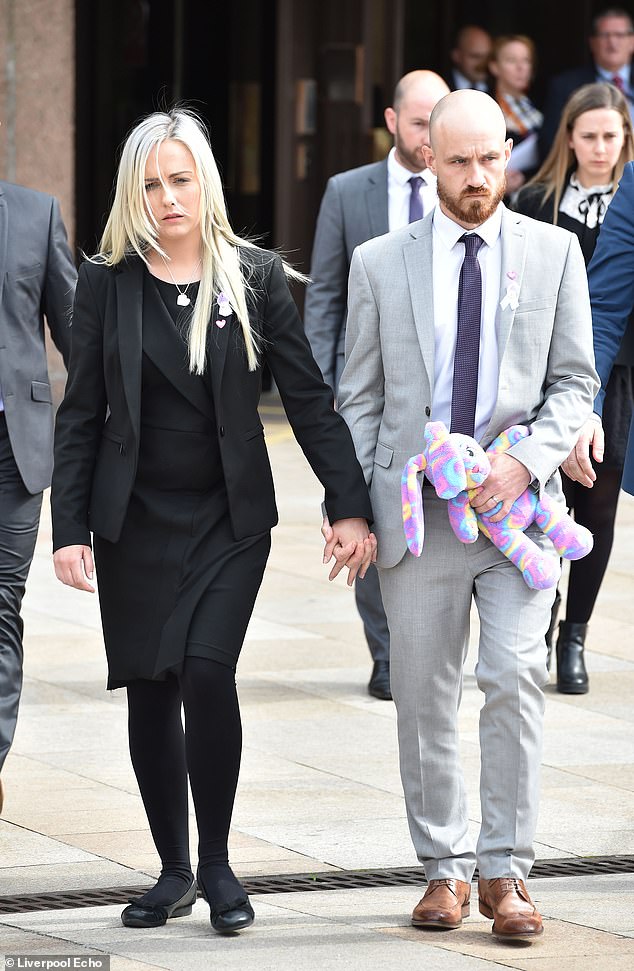 On Sunday night Violet-Grace’s father, Glenn (pictured with his wife Rebecca), 33, said the new legislation was his daughter’s ‘legacy’.

‘We were told not to expect McAteer to get double figures [in jail] and he could be out after serving half his nine years next year. It is insulting to Violet to think four years is all her life was worth.

‘We are just glad that these changes are finally coming in because we don’t want any other family to feel this pain, heartbreak and injustice.’

The couple, who also have a five-year-old son, said it was vital that judges hand down life terms once they are given the powers to do so.

The new law is included as part of major sentencing reforms to be unveiled in a white paper this week.

The Tories have promised for months to introduce tougher sentences for killer drivers. 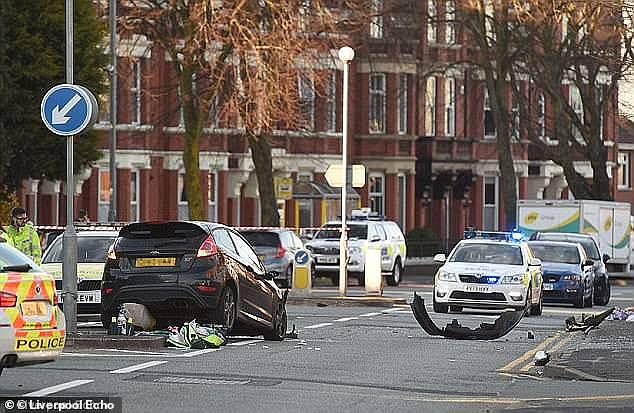 It follows growing concern from families and campaigners, as well as some judges, that the current 14- year maximum fails to reflect the severity of the crime.

The Daily Mail has campaigned for tougher action against people using mobiles at the wheel.

Four years ago ministers announced the number of points on a licence for drivers caught on their phones would rise from three to six. Under the new rules, offenders who cause loss of life by careless driving while under the influence of drink or drugs could also face life in prison.

Additionally, a new offence of causing serious injury by careless driving will be created. It seeks to ensure that careless drivers who ruin lives and leave their victims with long-term injuries are punished appropriately.

Mr Buckland said: ‘This government has been clear that punishments must fit the crime but too often families tell us this isn’t the case with killer drivers. 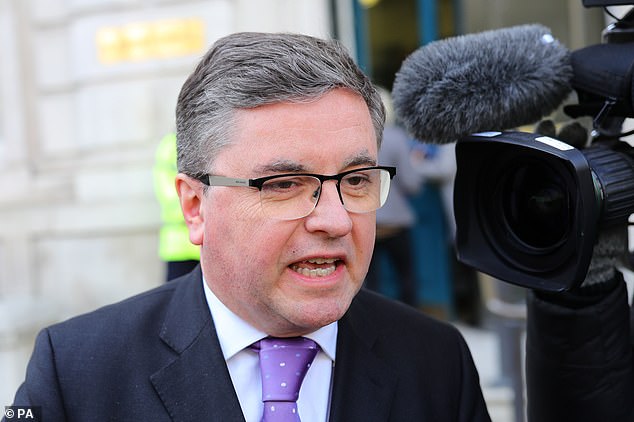 Justice Secretary Robert Buckland announced ‘Violet-Grace’s law’ was being introduced, meaning motorists who cause death by speeding, racing or using a mobile phone could face life terms from next year

‘So, today I am announcing that we will bring forward legislation early next year to introduce life sentences for dangerous drivers who kill on our roads, and ensure they feel the full force of the law.

‘But this is only one part of our plan to crack down on crime and restore confidence in the justice system and I will set out further measures this week.’

The proposals won overwhelming support from victims, bereaved families and safety campaigners in a consultation which received over 9,000 responses.

Some 70 per cent of those who took part thought that the maximum penalty for death by dangerous driving should be life.

The majority also agreed that the maximum penalty for causing death by careless driving while under the influence of drink and drugs should also be life.